The rom-com continues to bring in big numbers in its third week, while newcomers Operation Finale and Kin falter on the weekend of August 31-September 2.

As if it could live up to its name any further, Crazy Rich Asians topped the box office for a third straight week. It is currently the unstoppable force that won’t meet an unmovable object until its own studio releases another spinoff movie next week. Jon Chu’s adaptation is, no doubt, a cultural phenomenon at the moment and we’ve got the numbers to prove it. 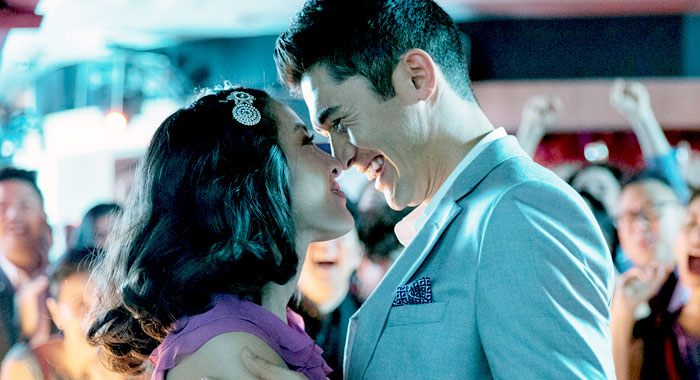 The best Labor Day weekend of all-time (including the Monday holiday) was Rob Zombie’s 25%-rated remake of Halloween in 2007. It grossed $30.5 million over those four days and then only grossed another $27.6 million in the next 101 days. The best non-opening weekend over the holiday was The Sixth Sense, an August 1999 opening, which grossed $29.2 million in its fifth weekend. The 93%-approved Crazy Rich Asians is only in its third, but it may just surpass that number with an estimated $30 million from Friday to Monday, which would give it the best gross ever for a non-premiere over Labor Day weekend.

Where does that put Crazy Rich Asians overall? For the past two weeks we have been focusing on its path towards The Help, an August 2011 release, which ultimately grossed over $169 million domestically (and just $46.9 million internationally.) After 17 days. The Help had made $96.8 million. As of Sunday, Crazy Rich Asians will have an estimated $110.9 million in the bank. Now the thought is not whether or not it will surpass The Help but whether it has a shot at $200 million. Only one film since 2000 has reached that milestone with less in its first 17 days and that was Disney’s Tangled, which had the benefit of the Christmas holiday season. Wedding Crashers did it with $118.9 million in 18 days. Crazy Rich Asians is estimated to have around $118 million through Monday. The next three films higher on the list are Coco, Shrek, and Moana, then Mission: Impossible – Ghost Protocol, which had $132.4 million in 17 days. The watch will be on, and we’ll break down where it stands here every week, so stay tuned. 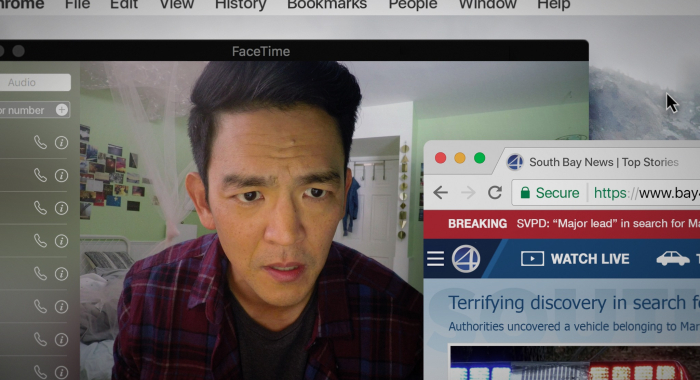 Sony expanded their Sundance pickup, Aheesh Chaganty’s open-windows-mystery, Searching, from nine to 1,208 theaters this weekend and got a solid return for their effort. The 91%-rated film by critics made $5.7 million over the weekend. Looking at films that opened between 1,000-1,500 theaters since 2014, we can see just how solid:

Add in the $388,769 made in limited release last week and another million or so estimated for Monday and Searching will be over $7 million, making it the seventh best-grossing film from the Sundance Film Festival this year. So far. 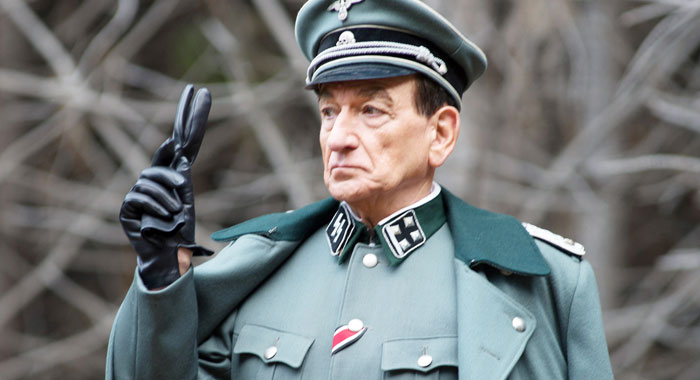 Operation Finale opened on Wednesday to get ahead of the holiday weekend and grossed just over a million dollars; just above another where-did-that-Nazi-go? spy thriller, The Debt, which opened to $970.532. Over the weekend it fell behind the sixth weekend of Mission: Impossible – Fallout. The $24 million-budgeted film is estimated to have between $8-9 million through its first six days. The Debt has $14.7 million in the same period and finished with $31.1 million. Finale is already sorely lagging behind that pace, and without some international help, it will be labeled a loss for MGM.

Then there was Kin, Lionsgate’s Laserblast for a new generation. It received just a 34% from critics and a miserable $3 million from audiences. If that estimate holds, it will be the second worst opening for a Lionsgate title in over 2,000 theaters. The first was Uwe Boll’s Alone in the Dark ($2.83 million), and the third worst was this year’s Aardman Animation effort, Early Man ($3.19 million). Beyond that, The Little Stranger, Lenny Abrahamson’s follow-up to his Oscar-winning Room, was barely released, let alone promoted by Focus Features. Even with a marginally fresh 60% from critics it was released in 474 theaters and grossed just $417,000, an average of $880 per theater. 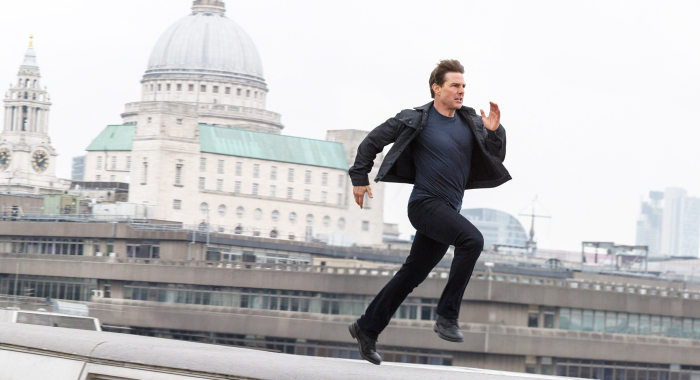 Mission: Impossible – Fallout is now just $10 million away from becoming the biggest film of the franchise domestically. Christopher McQuarrie’s second entry had already grossed $552 million worldwide headed into this weekend. Now with the release of the film – finally – in China on Friday, it’s total has leapt to $647 million. Ghost Protocol finished with $694 million. Rogue Nation made $682 million. The franchise now stands at over $3.4 billion for Paramount.

The Meg continues to hold well but continues to look up at the number it needs to turn a profit for all the money put into it. With $123 million in the bank domestically it still has not cleared its lowball estimated budget of $130 million. Not even close, actually. Remember that studios only clear 50-51% of the theatrical ticket sales, and then there are additional costs for prints and advertising. Even with over $462 million worldwide, conservative estimates suggest it must still make another $77 million to be considered a success.

Last week’s The Happytime Murders dropped 54% and will only have about $18 million through Monday. Speaking of stuffed things, Disney’s Christopher Robin has slowly hiked its way towards $100 million and looks like it will achieve at least that much. But it still needs about another $80 million to break even. BlacKkKlansman continues to hold strong and is now officially Spike Lee’s third highest-grossing film with around $40 million estimated through Monday. It is also the 15th biggest release for Focus Features. If it can get to $51 million it will be the ninth best. Finally, Disney re-released Incredibles 2 into an additional 1.830 theaters in an effort to pass the $600 million mark domestically; the 9th film ever to reach that number. And it worked, nearly entering the top ten with $3.16 million. Its total now stands at $601 million through Sunday and $1.16 billion worldwide, making it the 17th highest-grossing film of all-time. 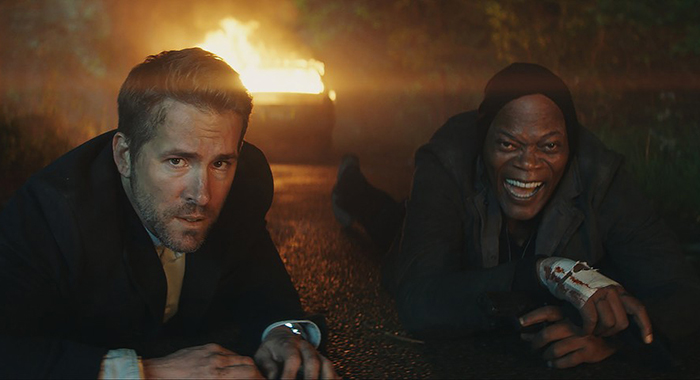 The top two spots at the box office belonged to the same two films from the week before. And the week before that. The Hitman’s Bodyguard and Annabelle: Creation made the rare 1-2 punch for the third straight weekend. No new release cleared 1,000 theaters, and the best of them was a 40-year old film getting an anniversary release. Steven Spielberg’s Close Encounters of the Third Kind grossed $2.22 million while the Weinstein Company’s last wide release, Tulip Fever, made a paltry $1.39 million over the four-day holiday weekend. The total box office from the three-day weekend was just $48.8 million with an average critical score of 66.7%. This year’s total from the weekend was $73 million, and critics averaged them at 68.1%.

On the Vine: God, Nuns and Revenge Open September 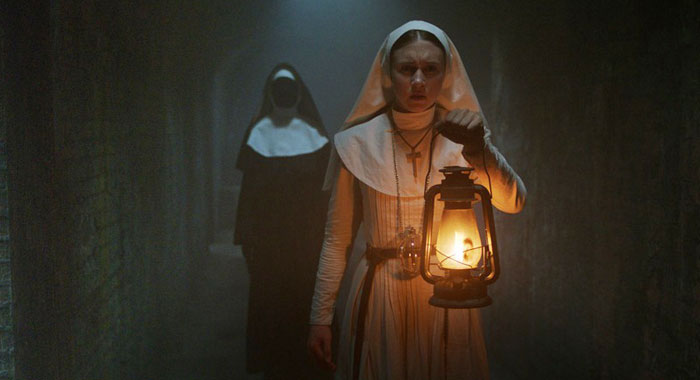 The Conjuring series spins itself off again with The Nun, charting the origins of the demonic Sister that tormented Vera Farmiga’s paranormal investigator. Expect it to give Warner Bros. a fifth-straight win atop the box offie. Jennifer Garner returns to her Alias/Elektra days as the revenge-seeking mother in Peppermint from Pierre Morel, the director of Taken and District B13. Finally for the faith-based crowd there is God Bless the Broken Road from God’s Not Dead director Harold Cronk.