James Cameron's sci-fi sequel continues to climb ever higher as it hopes to overtake Avengers: Infinity War and crack the top five in global box office.

The box office did not get a third straight week with three films crossing the $10 million mark, but we do have five who made it past nine. Only one new film made its way into theaters this weekend, and there are positives in its numbers as well. It is hard not to find positives in the chart this week all around, which in itself is a move in the direction that theaters would like to see beyond just a new blockbuster filling a couple houses and leaving the rest near empty. A lot of people are still seeing Avatar, but its not the only player out there right now.

King of the Crop: Avatar: The Way of Water Inches Closer to $2 Billion Worldwide

James Cameron’s Avatar: The Way of Water led the way for a sixth straight week, but it did have its smallest margin of victory this week, thanks in part to a minimal drop by its closest challenger. Nevertheless, it is about to hit some major milestones. With another $20 million this weekend the film is on the verge of becoming just the 13th film in history to pass $600 million domestic. Only 11 other films have done it since Titanic first achieved it back in 1998, and only five other films have done what it is has done worldwide. That’s right, the two billion moment is here for The Way of Water ($2.02 billion to be precise) and, if we are to believe Cameron’s math, every dollar going forward is profit.

Its sixth-weekend haul is also much higher than The Last Jedi ($6.5 million) and Jurassic World ($11.4 million), and if the estimates stand, it is the fourth-highest ever. (Frozen had a $19.57 million sixth weekend.) But apart from the first Avatar and Titanic ranking above it, the second-highest film on that list is Top Gun: Maverick ($25.8 million), which also benefitted from a rah-rah weekend with July 4th falling on that Monday. Now, Cruise’s film was only at $564 million on day 38, but maintained quite the run for another two months, with eight straight weeks of drops below 21% from its eighth weekend through Labor Day. Can The Way of Water maintain that kind of pace to get itself over $700 million domestic? Passing Jurassic World’s $652 million appears to be in the cards, but Maverick may still have had enough propulsion to maintain its standing as the top film of 2022.

The Top 10 and Beyond: Puss in Boots Moves Up, M3GAN Maintains

Moving up in the world this week was Puss In Boots: The Last Wish, which landed in the No. 2 slot with $11.5 million, a mere 21% drop from its fourth weekend. Last week it was headed for somewhere over $135 million, but now its potential floor is much, much greater. Last year, Sing 2 was at $128.4 million by the end of its fifth weekend. The Last Wish is at $126.4 million but its weekend was over $6.5 million higher than Sing 2’s was. That animated sequel ultimately finished with over $162 million. The first Puss In Boots hit its ceiling at $149 million domestic. Word of mouth is clearly making the rounds on the acclaimed family film (Certified Fresh at 95% on the Tomatometer) but still has a ways to go to catch the $550 million worldwide total of the first film. The Last Wish currently stands at $275 million globally and is in profit for Universal.

Universal is also well into the black with M3GAN, which fell 50% to $9.8 million but has driven its total to $73.3 million. That maintains its pace from last week as the 13th highest-grossing film to be released in January after 17 days. It is now pacing closely with The Book of Eli, which had an $8.9 million third weekend and $74.5 million at this point. The Denzel Washington apocalypse film ended its run with over $94 million. In order to get its pace onto a $100 million track, the killer doll film will want to keep itself over $6 million next weekend.

Kids, horror fans, and now adults are seeing movies too with one of their favorites, Tom Hanks. Marc Forster’s American remake, A Man Called Otto, fell just 30% to $9 million this weekend, bringing its total up to $35.4 million. The numbers are a little skewed for a straight-up comparison, thanks to its limited release strategy, but a tally at least between $50-60 million is going to happen for the comedic drama. Adults are also out seeing Brendan Fraser in The Whale, which added another 91 theaters and fell 18% to $1.3 million, bringing A24’s release of Darren Aronofsky’s forthcoming Oscar nominee to over $13 million.

This week’s release of Missing may not seem like much, with its $9.3 million opening, but given a little perspective it is actually pretty decent. The film decided not to go with the title of Searching 2, as it is a completely new mystery with only a passing reference to its predecessor. But that first film was one of the more solid hits to come out of Sundance in the past several years. In 2018, Searching with John Cho opened over Labor Day weekend with $6 million in 1,207 theaters for a $5,026 per-theater average. Missing now arrives in 3,025 theaters with a higher number overall, if only a $2,809 PTA. But doubling up your $4 million budget on the first weekend will always be cause for celebration, and getting over $20 million should assure there’s at least one more run at the well for this sleuthing computer-window universe.

Last week’s other new releases could not muster up $9 million between them. The remake of House Party has not even reached that in 10 days, as it fell 51% from last week down to $1.7 million and is up to just over $7 million. Plane with Gerard Butler is a bit more problematic. Weighed down by its $50 million budget, it also took a drop of 50% down to $5.2 million and has grossed just $19.5 million to date. That is not going to cut it for Lionsgate, as it has only made $1.1 million internationally as well.

Black Panther: Wakanda Forever is hoping a recent announcement that it will be opening in China after all will boost its worldwide total. The film is already a minor hit for Marvel (with a reported $250 million budget) as it has grossed over $451 million domestic (with $1.3 million more this weekend) and over $838 million worldwide. A China run could help get it over $900 million and make that bottom line just a bit sweeter. Finally, Crunchyroll’s That Time I Got Reincarnated as a Slime the Movie: Scarlet Bond hit the top 10 with $1.4 million, a far cry from its Dragon Ball and Demon Slayer anime releases. Meanwhile, IFC’s release of Skinamarink grossed an additional $420,000 this weekend in 809 theaters and brought its total close to $1.5 million.

On the Vine: Infinity Pool Arrives to Fuel Your Nightmares

Theaters are going to be relying on the holdovers from the top 10 this week as the only film hitting (some) venues next week is Brandon Cronenberg’s Infinity Pool. The director of Antiviral and Possessor had his latest debut at Sundance this weekend, and it will certainly not be for everyone. Will the horror fans show enough curiosity to make this one of Neon’s highest-grossing films ever? It only needs $4.5 million to make it into their top five. 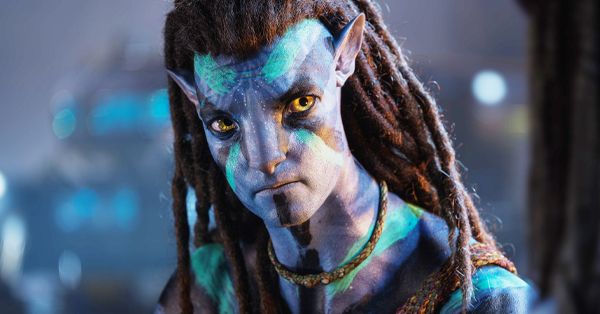