The 6 Buzziest Titles of the Venice Film Festival

The Halloween sequel, the first chapter of Dune, and new projects from people like Ridley Scott and Edgar Wright top the list. 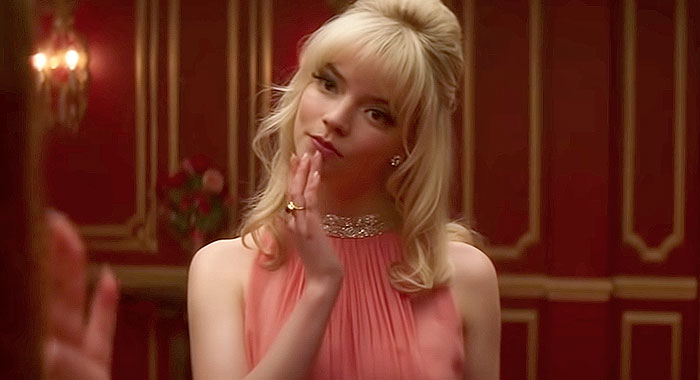 The Venice International Film Festival, the longest-running film fest in Europe, kicks off on Wednesday after successfully executing a tamer, smaller affair amid the COVID-19 pandemic in 2020. La Biennale di Venezia, as it’s called in Italy, will look to mirror the success of the Cannes Film Festival, which was able to bring the glitz and glamour back to the French Riviera earlier this summer.

Though the spread of the Delta variant at home and abroad has tempered the hopes many had of the fall festival circuit returning to normal, this year’s Venice lineup, with much of the A-list talent expected to attend, has gone a long way towards alleviating those fears. Venice serves as the unofficial starter pistol for the fall awards season, and a good showing there could increase audience anticipation dramatically. As with Cannes, many marquee titles that have been pushed off for several months will use the festival to gain buzz ahead of their world premieres. Have you heard about a little film from Denis Villeneuve called Dune?

Kidding aside, we are also more than a little excited about smaller offerings from auteurs like Pedro Almodóvar (Parallel Mothers) and Paolo Sorrentino (The Hand of God) that are also set to premiere this week. Today, however, we focus on those buzzy titles that have already captured the attention of the public and punditry, sight unseen. Many of these titles have lofty box office and awards season ambitions, and in just a few days, we’ll have word on the odds for them to achieve those aspirations. In the meantime, read on for our picks for the six buzziest films set to premiere at the Venice Film Festival.

David Gordon Green’s Halloween reboot premiered at the Toronto Film Festival in 2018, and although no one in attendance passed out — a worrying trend that has affected more than a couple of films from the Midnight Madness lineup — it did set the internet alight with rave reviews. The film would then go on to rake in $255 million at the global box office and signal the triumphant return of original final girl Laurie Strode, played by Jamie Lee Curtis; Halloween Kills will be a test to see if Green and co-writer Danny McBride can catch lightning in a bottle twice. Pushed back for more than a year, this slasher throwback may seem an odd choice for the highbrow festival, which literally escorts its stars to their premieres via motorboat, but Todd Phillips’ Joker proved genre IP can thrive at La Biennale when it premiered at Venice in 2019… and won. Though Halloween Kills is not in competition, we’ll still be on the lookout for how the film fares with critics and the Venice crowd.

Jane Campion was the only woman to win the Palme d’Or at Cannes until Julia Ducournau duplicated the feat this year with her trippy crime thriller Titane, and now Campion is returning to Venice with her first feature in over 12 years. The Power of the Dog already has tons of Oscar buzz and a cast of stars who are frequent features on the award season circuit. Based on the eponymous 1967 novel by Thomas Savage, the film’s title references a rock formation near a hillside that a select few people are able to identify for its similarity to a sitting dog. With a cast that includes Benedict Cumberbatch, Kirsten Dunst, Jesse Plemons, Keith Carradine, and Thomasin McKenzie, we are more than anxious to see this quiet love story adapted and realized by Campion and her inimitable gifts behind the camera.

We have already singled out lead actor Timothée Chalamet as a potential Best Actor nominee on our Ridiculously Early Oscar Predictions for Best Actor and the temperature around the film has only risen since a second trailer debuted a few weeks ago. In that clip, we got to see more of hero Paul Atreides’ (Chalamet) journey and possibly discern what changes we will see in Denis Villeneuve’s take on Frank Herbert’s famed sci-fi series. For as many eyes as are on the film, we have just as many question marks, the biggest being how it will do at the global box office with its day-and-date release in theaters and on HBO Max. Most of the films that have gone that route in 2021 have not fared well, particularly in subsequent weeks. Villeneuve has made clear that though he understands these are unprecedented times, he is none too pleased with the situation, stating that watching this new version at home would be like “[driving] a speedboat in your bathtub.” Still, this is likely the premier ticket to secure at Venice, and we will be watching closely for critic and audience reactions, so check back with us to stay up to date.

Edgar Wright’s next feature, Last Night in Soho, is likely the entry on our list we know the least about. His second feature this year after his documentary on cult rock band The Sparks Brothers, a passion project that debuted at Sundance, this thriller could prove to be his most commercial and critically acclaimed effort. This is also his first film with a female protagonist, and it was co-written by Oscar-nominated screenwriter Krysty Wilson-Cairns (1917). In it, we follow Eloise (Thomasin McKenzie), an aspiring fashion designer who finds herself drifting into the consciousness of her idol, a 1960s singer named Sandy played by The Queen’s Gambit star Anya Taylor-Joy. Considering the film’s 1960s vibe and production design, coupled with Wright’s signature style and a genuinely creepy first-look trailer, we’re all in on this one.

The last time Ben Affleck and Matt Damon penned a screenplay was nearly 25 years ago, but that film (Good Will Hunting) did garner nine Oscar nominations that resulted in the pair taking home two statuettes for their work on the script. Both Affleck and Damon have gone one to fruitful, prolific careers of their own since then, and now that they’ve reunited to write another script, we have to wonder if a repeat is even possible. Likely no, but that doesn’t make us any less jazzed to watch it. The Last Duel is a medieval tale of “he said, she said” based on a famed 14th century conflict between a French nobleman and his best friend, a squire his wife has accused of rape; it would go on to be immortalized as the last duel sanctioned by the King of France. Affleck and Damon alone would make this a Venice must-see, but the pair also have Ridley Scott at the helm, Oscar-nominated writer Nicole Holofcener co-writing the screenplay, and Adam Driver and Jodie Comer rounding out the cast, all of which raises our hopes exponentially for what’s in store.

A picture says a thousand words, or in the case of Kristen Stewart’s turn as Princess Diana in Spencer, a picture can spark a million tweets. That’s how it felt after a first-look photo and poster for the film hit the internet in recent weeks. The former had the Twilight star looking nigh unrecognizable, decked out in one of the late princess’ signature looks. Then Neon released the stunning poster, which shows Stewart in a strapless white gown, posed with her head down and facing away from the camera. A cinematic shot to be sure, and one that some online were dubbing eerily similar to Jennifer Lawrence‘s now-iconic fall when she won Best Supporting Actress at the Academy Awards.

Pictures and cinematic parallels aside, this is not the first time we have seen Stewart in a period biopic, as she has played Jean Seberg and Joan Jett in the past, but neither The Runaways or Seberg registered much with critics or audiences. We have yet to see if the film will live up to the social media hype, but as Stewart remains one of the most sought-after stars in Hollywood despite frequent box office and critical stumbles, we’re holding out hope for this one.