TV Talk: Game of Thrones Cast Is In for Season Seven

by Sarah Ricard | October 30, 2014 | Comments
This week, HBO makes more casting moves with Game of Thrones and True Detective. Plus, a familiar story comes to the small screen while a familiar face returns to American Horror Story. Finally, the Flash is more than merely the fastest man alive!

Sister Mary Eunice is back! Actress Lily Rabe will be playing her American Horror Story: Asylum character in this year’s installment of FX’s Freak Show. In episode ten, Pepper (Naomi Grossman) will have a reason to visit the AHS-universe mental institution, running into Sister Mary at Briarcliff in the midseason cliffhanger. Entertainment Weekly also confirmed that Neil Patrick Harris and his husband, David Burtka, will appear on Freak Show, but in separate episodes.

The Flash sets a record for The CW.

He’s not only the fastest man alive — The Flash is also the most-watched man on The CW in the eight-year run of the network. The final numbers came in this week and the October 7th premiere was watched by 6.83 million viewers in final live-plus-7 ratings. This breaks the previous record set by The Vampire Diaries‘ 2009 premiere which pulled in 5.66 million viewers in its live-plus-7 ratings. Two weeks into the season, The CW gave The Flash a full 23-episode order which is not surprising, given its early numbers — especially across key demographics which include the advertiser-coveted 18-to-49 set. Season one of The Flash is currently Certified Fresh at 96 percent.

In keeping with the hot entertainment trend of movies-turned-TV-show-premises, Paramount TV announced that it is developing its 1980 feature film American Gigolo into a TV series, along with producer Jerry Bruckheimer (who was also a producer of the movie version). Paul Schrader, the director of the film, will consult on the project. Paramount TV has also announced plans for a TV adaptation of Ghost and a live production of Grease for Fox. Plus, co-productions of TV versions of Shutter Island, Minority Report, and School of Rock are reportedly in the works.

Game of Thrones cast takes on season seven for a huge raise.

HBO has locked the cast for a potential seventh (and presumably last) season of Game of Thrones, according to the Hollywood Reporter. After having already signed on for seasons five and six, key members of the GOT cast renegotiated their contracts to include season seven and a huge raise, making them some of the highest-paid talent on cable television. [Stop reading now if you want to avoid casting spoilers.] Though HBO has not commented, the list of actors rumored to make it to season seven includes Peter Dinklage, Kit Harington, Lena Headey, Emilia Clarke, Nikolaj Coster-Waldau, Natalie Dormer, Sophie Turner, and Maisie Williams. 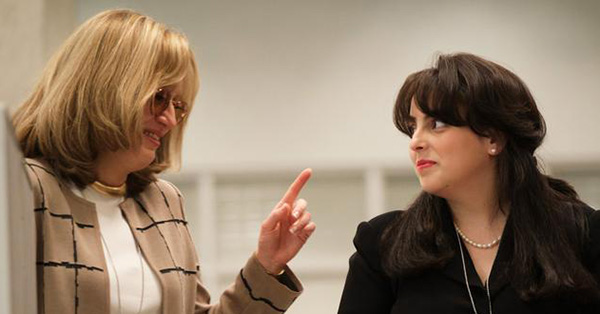