12 TV- and Movie-Inspired Video Games for the Holidays

Game of Thrones, Star Trek, and Harry Potter are among the film and television favorites releasing video games that you can give — or play! — this season and look forward to in 2019. 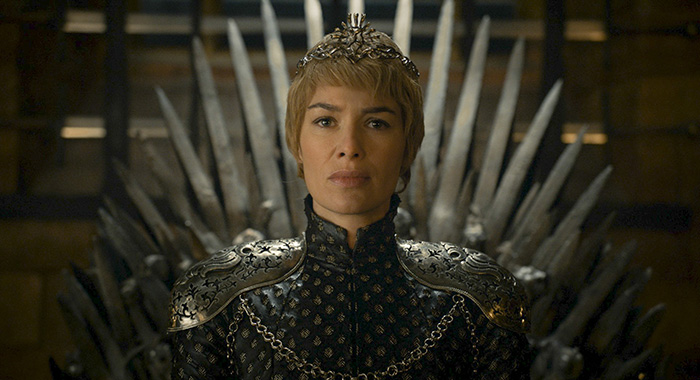 (Photo by courtesy of HBO)

As this year’s Marvel’s Spider-Man proved, games based on popular film and television properties are best served when they don’t attempt to retell the same stories we’ve already seen on the big and small screens. Following in Spidey’s spandex footsteps, a number of new and upcoming games have adopted similar approaches, cleverly expanding on existing universes rather than retreading them for the interactive entertainment medium.

From blockbuster film franchises (Fast & Furious) to streaming serial hits (Game of Thrones), more and more of our favorite fictional universes are offering fresh, original opportunities for fans to interact with their characters, live in their worlds, and even shape their stories.

Whether you’re a gamepad-clutching Potter fan, a Ghostbusting smartphone geek, or a virtual reality enthusiast with a superhero complex, these 12 titles include some that should keep you busy between TV binge sessions and movie marathons this holiday season, a few great video games to give as gifts for Christmas, and others that you can look forward to in 2019.

How to give mobile games as gifts: iOS | Android

Developer: Nerial
Publisher: Devolver Digital
Systems: iOS, Android, Steam
Release Date: Available now
Game of Thrones doesn’t return to HBO until next year, but winter has already come in the latest game based on the Seven Kingdoms-conquering series. Offering a fun twist on the high-fantasy franchise, Reigns: Game of Thrones puts players under the capes and crowns of would-be rulers — from Sansa and Tyrion to Cersei and Daenerys — and lets them live out potential alternate futures and fates based on Melisandre’s mysterious visions.

Developer: Next Age
Publisher: FourThirtyThree Inc.
Systems: iOS, Android
Release Date: Available now
A new take on the location-based, augmented-reality genre that saw millions of players capturing Pokemon in their local park, Ghostbusters World puts players behind a Proton Pack. Well, fans will actually wield their smartphones, but they’ll barely notice the difference once they’re using the smart-devices to suck up Slimer, battle the Stay-Puft Marshmallow Man in their backyard, and bust hundreds of other ghosts in real-world locations.

Developer: Wolf & Wood
Publisher: Fun Train
Systems: PlayStation VR, HTC Vive, Oculus Rift
Release Date: Available now
Thanks to the immersion-cranking effects of virtual reality, The Exorcist: Legion VR subjects fans to scares more terrifying than those that defined the classic horror franchise. Beneath the reality-ratcheting headset, players assume the role of a demon-hunting detective who — over the course of five nerve-fraying episodes – explores creepy tombs, investigates ritualistic killings and, of course, raises a few crucifixes in the face of demonic possession.

Developer: Survios
Publisher: Survios
Systems: PlayStation VR, HTC Vive, Oculus Rift
Release Date: Available now
Based on the rejuvenated Rocky franchise, Creed: Rise to Glory isn’t just another mindless, button-mashing boxing game. Brought to face-pummeling life in virtual reality, the experience not only puts you in the gloves of Adonis Creed — while training with the Italian Stallion himself — but its physical gameplay offers a workout that’d make Ivan Drago break a sweat.

Developer: Sanzaru Games
Publisher: Oculus Studios
Systems: Oculus Rift
Release Date: Available now
Marvel fans who’ve dreamed of smashing foes from behind Hulk’s fists or webbing-up baddies with a flick of Spider-Man’s wrists will want to suit-up for Marvel Powers United VR. A fan-pleasing mix of virtual reality and Marvel’s massive roster of heroes and villains, the game lets players unleash all the powers and weapons — from Thor’s hammer and Cap’s shield to Deadpool’s katanas and Wolverine’s claws — from a first-person perspective that feels incredibly real inside the Oculus Rift headset.

Developer: SMG Studios
Publisher: Universal Games, Digital Platforms
Systems: iOS, Android
Release Date: Late 2018
The next Fast & Furious film has been delayed a year, but fans needn’t wait till 2020 to satisfy their need for speed. Fast & Furious: Takedown puts players behind the wheel of 60-plus licensed rides, including favorites from the films — like Dom’s Dodge Charger and Hobbs’ tank-like truck — before letting them tear up the blacktop in missions guided by the movies’ popular cast of speed limit-breaking characters.

Developer: Ludia
Publisher: Universal Games, Digital Platforms
Systems: iOS, Android
Release Date: Early 2019
Ahead of next year’s How to Train Your Dragon: The Hidden World from DreamWorks Animation, fans are invited to reunite with their favorite fire-breathers in a match-3 mobile offering based on the animated fantasy franchise. Titan Uprising puts a fresh spin on the popular genre, challenging players to build the ultimate team of winged creatures by hatching, nurturing, and creating powerful dragon hybrids to conquer nearly 800 puzzle battles.

Developer: WB Games, Niantic
Publisher: Warner Bros. Interactive Entertainment
Systems: iOS, Android
Release Date: 2019
The clever folks behind the Pokemon GO phenomenon are applying their augmented-reality magic to a new, Wizarding World–themed take on the genre. Of course, it’s the fans who will be casting spells, as they wield their smart-devices like wands in the real/muggle world to interact with the Potterverse and its populace of menacing creatures and mysterious characters.

With Space Jam 2 headed to the big screen, it’s the perfect time for Looney Tunes fans to reacquaint themselves with their favorite friends and foes from Warner Bros.’ stable of animated stars. Looney Tunes: World of Mayhem invites players to do just that, as they build a dream team of toon brawlers, from Yosemite Sam and Sylvester to Tweety and Taz, to take on opponents in epic, explosive, over-the-top displays of cartoon violence.