Return to the Bourne universe to learn about the origin of Operation Treadstone and meet the earliest recruits, including Jeremy Irvine as J. Randolf Bentley.

Treadstone premieres on Tuesday, October 15 at 10/9C on USA Network. 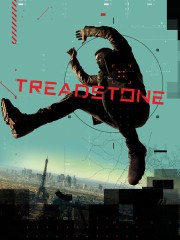