Top Emmy Moments 2021: Brits Win Big, Diversity Does Not, and the Cast of Schitt's Creek and Conan O'Brien Steal the Show

In an almost surprise-free night at the Emmys, some presenters – and photobombers – brought the joy, while winners like Michaela Coel managed to light a fire with inspiring speeches. 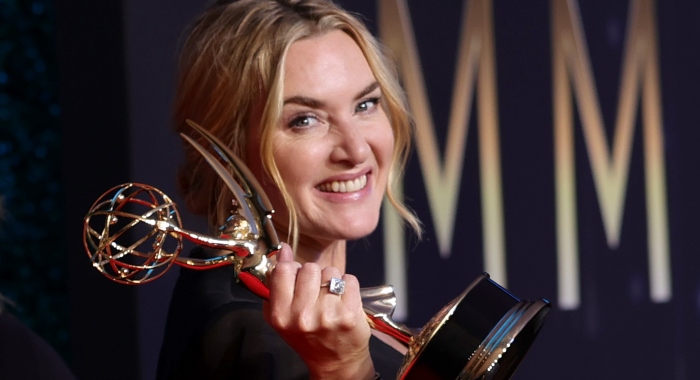 That 11-trophy haul was something matched by limited series The Queen’s Gambit and drama The Crown, which dominated the night in their respective categories.

Despite adhering to quarantine regulations by keeping the event to an intimate gathering in Los Angeles as well as a watch party in London (where it was 1am when the broadcast started), the Cedric the Entertainer-hosted CBS program managed to hand out 28 awards — including the annual Governors Award, which this year went to actress-director and dance extraordinaire, Debbie Allen.

That things went so smoothly – if at times rather dully – might actually have been the biggest surprise of them all, as most of the winners were as routine as a morning drop-off of biscuits from an overly optimistic Kansan. But there were some big bold takeaways from the night, not all of them the kind you wanna sing about…

1. The Brits Rule the Night 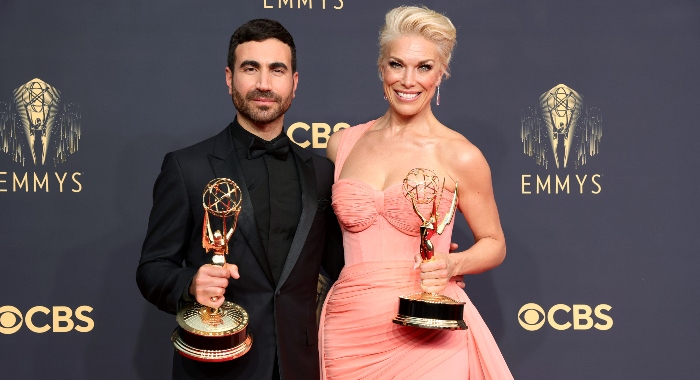 It wasn’t just Ted Lasso that won big at the Emmys. As mentioned, the TV Academy also raised a few pints to Netflix’s monarchy drama, The Crown. The series won best drama, creator Peter Morgan won the Emmy for writing for a drama series and Jessica Hobbs took home the Emmy for best directing for a drama series. The series’ actors Olivia Colman, Josh O’Connor, Tobias Menzies, and Gillian Anderson (who was technically born in Chicago, but is married to Morgan and spent a chunk of her childhood in London, so we’ll let it slide) also received honors.

How did the Brits celebrate? In style. Check out the Ted Lasso team performing the “Roy Kent cheer” below…

The whole Ted Lasso cast & crew did the Roy Kent cheer backstage and it was pretty special #Emmys pic.twitter.com/2HNJsTuc5d

2. Michaela Coel Implores Creators to “Write the Tale That Scares You”

One of the biggest surprises of the night wasn’t that Coel won for writing the HBO limited series I May Destroy You, but that she didn’t win more awards for her work on the powerful piece about rape, assault, and survival. (The 2020 miniseries is Certified Fresh with a 98% Tomatometer). She was also nominated for directing and starring in the project, which was also nominated for best limited series or anthology.

Coel’s remarks upon accepting her Emmy will also not soon be forgotten. During the concise and poignant 33-odd second acceptance Coel told her fellow creatives to “write the tale the scares you; that makes you feel uncertain; that is uncomfortable. I dare you.”

Other winners with memorable Emmy acceptance speeches included Mare of Easttown’s Julianne Nicholson, who reached out to “all the ladies in Philadelphia and Kabul,” Hacks star Jean Smart, who thanked her late husband, and Governors Award winner Allen, who spoke to the “women in Texas and Afghanistan” as well as the next generation who are just beginning to fight for equality.

3. Lack of Diversity Among the Winners. Again. 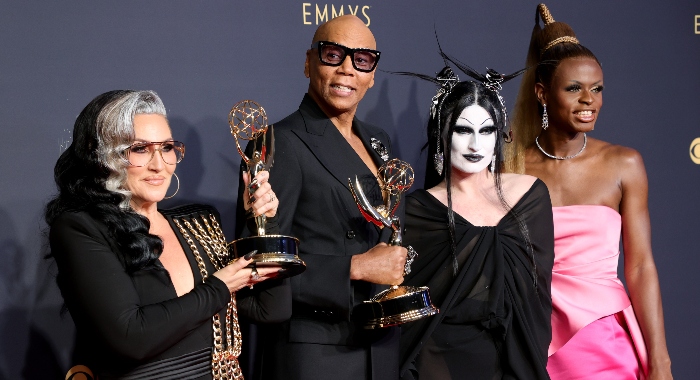 After last year’s Emmy Awards saw major gains for performers of color, in particular Black performers, this year’s ceremony was a step back in that department. Although RuPaul made history, becoming the person of color with the most Emmy wins, there were very few people of color who would eventually be on the winner’s stage. This was frustrating to many viewers, as many performers of color were nominated this year, including Billy Porter, Mj Rodriguez, Uzo Aduba, the cast of A Black Lady Sketch Show, and the late Michael K. Williams, among many others.

On the brighter side, several of the Emmys bits did recognize Black talent. One featured host Cedric and three different actresses who have played his wives on sitcoms. (The Neighborhood’s Tichina Arnold, The Soul Man’s Niecy Nash, and The Steve Harvey Show’s Terri J. Vaughn). 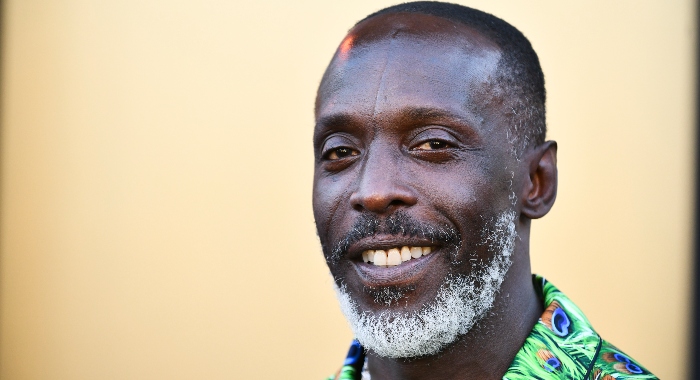 While the traditional In Memoriam segment was as tear-jerking as always, several people on stage also took the time to remember their friends. Both Last Week Tonight’s John Oliver and Saturday Night Live’s Lorne Michaels referenced comedian Norm Macdonald, who died last week, in their acceptance speeches. And Kerry Washington made a point of mentioning the work of Michael K. Williams when presenting the supporting actor in a drama category, in which he was nominated for his work in HBO’s Lovecraft Country. The reaction on her face when her friend lost that category was palpable.

5. Schitt’s Creek Cast Shows Why We Still Can’t Get Enough of Them 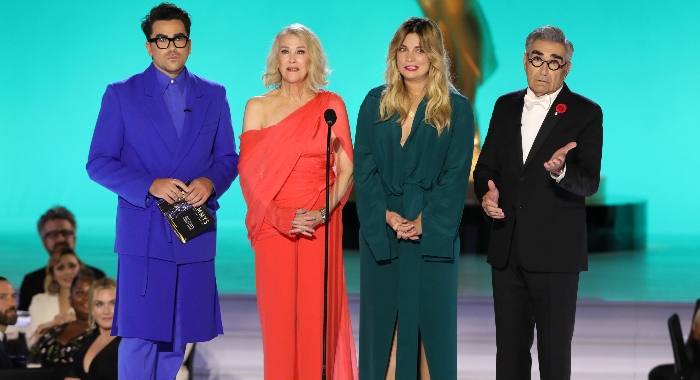 It’s been a year since the cast of Netflix’s Schitt’s Creek swept the Emmys and kept us laughing all the way through that ceremony. So that’s why the stars’ banter before presenting the award for best writing for a comedy series felt so warm. Was there actually a teleprompter issue? Was star Eugene Levy actually giving notes to the Emmy Awards writers? Does it even matter? Sometimes it’s not worth asking why we’re given good things.

6. Conan O’Brien Photobombs His Way Into Our Hearts

When you’re 6’4″ with a shock of red hair and a recognizable laugh, it’s hard to blend into a crowd. Especially if you’re Conan O’Brien. The talk-show host made his presence known at the 2021 Emmy Awards, even though he did not actually receive an Emmy. He made sure to crash any opportunity he could get, be it improvising remarks to TV Academy CEO and chairman Frank Scherma or joining Stephen Colbert and his producers on stage when they accepted the award for best variety special (live) for Stephen Colbert’s Election Night 2020.