Sony unleashed the first teaser for Venom on Thursday, promoting the film’s October release starring Tom Hardy as down-on-his luck Eddie Brock and the alien symbiote creature who eventually infects him. Since it is a teaser, it introduces Brock as a man haunted by his own demons before suggesting the emergence of a wholly new kind of devil.

Based on the character created by David Michelinie, Mike Zeck, and Todd McFarlane — and the “Black Suit Spider-Man” costume created by Marvel fan Randy Schueller — the character made his proper debut in 1988’s Amazing Spider-Man #300. His host, Eddie Brock, appeared a little earlier as a disgraced former journalist whose career was ruined when Spider-Man discovered the man Brock accused of being a serial murderer was no such thing. Despondent, Brock eventually came into contact with the alien symbiote Spider-Man recently excised from his own life. With their mutual disgust for the Webhead binding them, they became Venom to torment Spider-Man and his civilian identity of Peter Parker.

The character was a sensation, leading to his own title in 1993 and a slight adjustment as an anti-hero. Over the years, others have become Venom, including Peter’s old high school rival Flash Thompson, who would join the Guardians of the Galaxy as both Venom and an Avenger. Comics are funny that way.

But from the teaser, it is unclear if Hardy’s Brock is a disgraced journalist or just a constant ne’er-do-well. As the film is set outside of the Marvel Cinematic Universe, it is presumed that Spider-Man (Tom Holland) will not motivate Brock or the symbiote’s thirst for revenge. Instead, it seems, Venom will be a sickness Brock must contend with alongside his other internal demons. 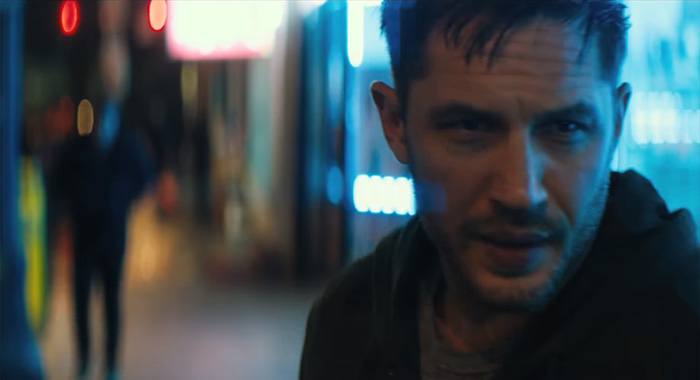 The lack of clear information and, indeed, the lack of Venom itself motivated a lot of the response on Twitter this morning, as seen in the following tweet from The Secret Life of Pets writer Bryan Lynch:

Ah, now eventually you DO plan to have Venom in your, in your VENOM movie, right? Hello? pic.twitter.com/4yHXRY38f6

THE VENOM TRAILER: “There’s a guy. And he’s on the run. And s… something has happened, and boom dramatic music, and motorcycle, and… mm, lotta, you know, lotta grr, oh no.”

Aren’t we all glad that the #Venom teaser showed us the ONE thing we were worried they couldn’t pull off?

Honestly, I wasn’t really excited for a #VENOM movie, but the teaser, which does what a great teaser does…TEASE…has me intrigued. Their seemingly real-world approach, a lesson probably learned from LOGAN, seems spot on for such a ridiculous concept…and I WANT TO BELIEVE.

Sony, stop calling bloggers and expressing your dissatisfaction that they are reflecting the truth. You ran that teaser that wasn’t ready for prime time! Look in the mirror.

I know we’re all upset that there wasn’t even a tease of #Venom in the trailer. But before we get to CGI can we discuss that dialogue. Did you feel inspired by, “We all have our own problems, our own issues.” 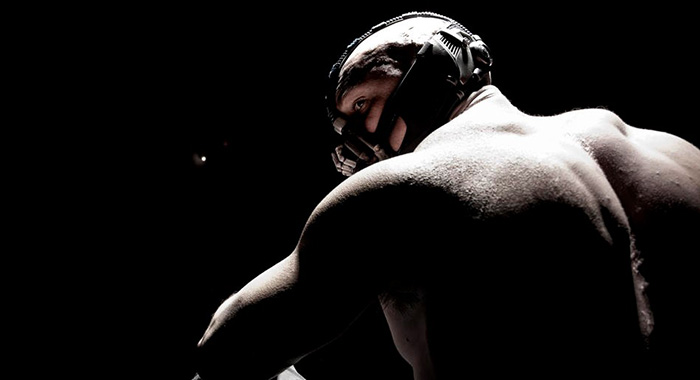 And the presence of Hardy in any superhero film will dredge up memories of his Bane voice from The Dark Knight Rises:

There could be three silly voices in this thing:

If someone doesn’t redub all of Venom’s lines with Bane dialogue, why even have an internet.

Of course, those with long enough memories will get flashbacks to the character’s early solo comic book.

My takeaway from the Venom trailer is whoever designed that logo in the early ‘90s evidently nailed it.

I’m only going to see the Venom movie if the poster is Chromium Foil with a hologram on it.