The LEGO Movie 2: The Second Part Is Certified Fresh

Plus, What Men Want is likable but a little fluffy, Cold Pursuit is an effective, darkly funny thriller, and The Prodigy is slow and derivative.

This weekend at the movies, we’ve got a brickbuster sequel (The LEGO Movie 2: The Second Part, featuring the voices of Chris Pratt and Elizabeth Banks), a gender-swapped remake (What Men Want, starring Taraji P. Henson and Aldis Hodge), a stone-cold vigilante (Cold Pursuit, starring Liam Neeson and Laura Dern), and a creepy kid (The Prodigy, starring Taylor Schilling). What are the critics saying? 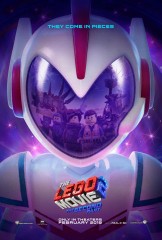 A lot of folks were skeptical when Warner Bros. announced they were planning a feature film based on LEGOs, the decidedly non-narrative building blocks popular with kids the world over. All of that changed when the film finally came out in early 2014 and, to everyone’s surprise, was actually really good. We’ve gotten a couple of spinoffs since then, but this week brings the first true sequel in the cheekily titled The LEGO Movie 2: The Second Part. This time around, fledgling Master Builder Emmet (Chris Pratt) springs into action and embarks on a spacefaring adventure when Lucy (Elizabeth Banks), Batman (Will Arnett), and a few other Bricksburg residents are kidnapped by Duplo-sized aliens from the Systar System (you can probably see where the movie’s going with this setup). Critics say The Second Part isn’t quite as surprising or fresh as the first film, but it’s still a fairly fun and satisfying experience for the whole family, and it’s Certified Fresh, making it another early-year treat like its predecessor. 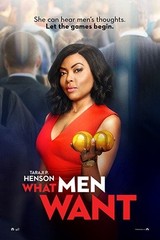 Generally speaking, romantic comedies are so formulaic that it usually takes something really out of the ordinary to stand out. Back in 2001, Nancy Meyers achieved great box office success — less so with critics — with the high-concept comedy What Women Want, which explored what would happen if an egocentric man were suddenly gifted with the ability to read the minds of women. That movie also benefited from a talented cast that included Helent Hunt, Marisa Tomei, Alan Alda, and a pre-controversy Mel Gibson. Fast forward to 2019, and we now have a gender-swapped version of the tale starring Taraji P. Henson as a female sports agent who, suddenly able to read men’s thoughts, uses her newfound power to rise in her career and learn a few lessons about the opposite sex. Critics so far have responded to What Men Want about the same as they did to the original film, saying that its leads and lighthearted story are likable enough, but also that it’s an uneven comedy that telegraphs its jokes and provides few, if any, surprises in the narrative department. As far as the box office, though, we’ll have to wait and see if it matches the earlier film’s $374 million total. 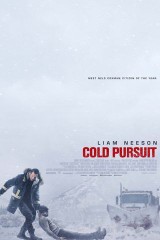 It’s the first quarter of a new year, which means we’re in prime Liam Neeson Vigilante Movie season, and sure enough, this week brings us the latest in the aging star’s late-career resurgence as an action hero, controversial interviews notwithstanding. A remake of Norwegian thriller In Order of Disappearance, Cold Pursuit follows Neeson’s Colorado snowplow driver Nels Coxman, who sets out in search of frigid justice when his son is killed by a local drug kingpin who harbors a particularly fierce protective streak over his own spawn. The one thing Cold Pursuit has over other Neeson thrillers of late, critics say, is a nasty, dark sense of humor, which reveals itself in ridiculous kills that are sometimes played for laughs. Overall, it’s a solid outing for Neeson and a worthy transplant of the original film, whose director Hans Petter Moland was also tapped to helm this remake. 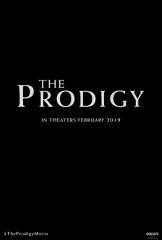 There’s a long history of creepy kids wreaking havoc in horror movies, so it’s a little difficult for any new take on the subject to set itself apart from the others that have come before it. Such is the case with this week’s The Prodigy, a new fright flick that stars Taylor Schilling and Peter Mooney as exasperated parents Sarah and John trying to make sense of the erratic behavior of their son Miles (Jackson Robert Scott). Despite the warnings of the various experts who examine Miles, the young couple attempt to suss out the source of his violent quirks and discover something supernatural may be to blame. So far, The Prodigy has split the critics, nearly half of whom think the film is a competently crafted exercise in slow-build suspense while the other half feel it suffers from pacing issues, murky storytelling, and a less than satisfying payoff. In other words, if you’re looking for a good scare, your mileage may vary with this one.