Plus, Steve Jobs, The Knick, and Supergirl are all Certified Fresh.

This week at the movies, we’ve got a slayer of the supernatural (The Last Witch Hunter, starring Vin Diesel and Elijah Wood); a tech icon (Steve Jobs, starring Michael Fassbender and Kate Winslet); contagious, outrageous musicians (Jem and the Holograms, starring Aubrey Peeples and Juliette Lewis); a desperate rock manager (Rock the Kasbah, starring Bill Murray and Bruce Willis); and a relentless spirit (Paranormal Activity: The Ghost Dimension, starring Katie Featherston and Hallie Foote). What do the critics have to say? 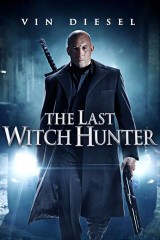 First Abraham Lincoln killed vampires, then Hansel and Gretel pursued witches. Now, along comes another legendary figure — Vin Diesel — on a quest to rid the world of evil forces. Unfortunately, critics say The Last Witch Hunter is a seriously muddled fantasy adventure weighted down with dull exposition and mediocre action set-pieces. Diesel stars as Kaulder, an immortal witch hunter who seeks revenge after a close friend is killed. The pundits say The Last Witch Hunter is too dark and brooding to entertain as either a popcorn flick or as a campy lark. 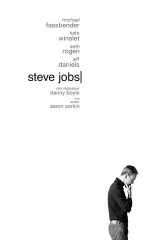 Screenwriter Aaron Sorkin is able to take seemingly unfilmable true stories — about the founding of Facebook, say, or the front office of the Oakland A’s — and turn them into the stuff of riveting drama. But critics say what really makes Steve Jobs something special is Michael Fassbender’s uncanny performance in the title role — he captures the tech mogul’s charisma as well as his less attractive attributes. Set around three of Jobs’ major product launches, the film also veers into the Apple head’s sometimes rocky interpersonal relations, and the pundits say that while Steve Jobs is occasionally stagey and overly talky, it’s magnificently crafted and wonderfully acted. 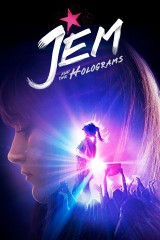 Glamour! Glitter! Fashion! Fame! What more does a movie need? Well, critics say Jem and the Holograms could use more (and better) music; while the film has solid performances and flashes of energy, it too often feels like a Disney Channel showbiz drama. Based upon the popular 1980s cartoon show — but updated for the viral video era — Jem and the Holograms follows the titular band as it tries to become musical superstars. The pundits say the movie is bright and inoffensive, but also predictable and — at two hours — way too long. 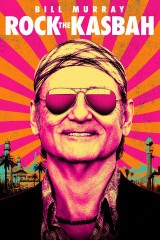 Directed by Barry Levinson,  starring Bill Murray, and featuring a bunch of big names in small roles, Rock the Kasbah has the kind of pedigree that most films would envy. Too bad, then, that, critics say the film is a serious miscalculation on many levels, from its inconsistent tone to its simplistic politics. Bill Murray stars as a down-on-his-luck music manager who finds himself stranded in Afghanistan after his only remaining act bails on a USO tour. While traveling through a small village, he discovers a young woman with a terrific voice, and decides to try to get her into a televised singing competition. The pundits say Rock the Kasbah is an off day for all concerned, though it might inspire viewers to check out its loose inspiration — the Certified Fresh 2009 documentary Afghan Star. 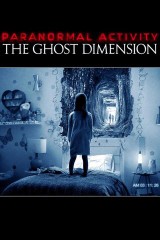 The first Paranormal Activity made oodles of cash and kicked off a craze of found footage horror films, but the franchise has been bumpy ever since. Critics say this latest incarnation — in which an eight-year-old is bedeviled by a malevolent spirit, necessitating the installation of security cameras — is mostly tired and predictable, with a few inventive wrinkles and a lot of rote jump scares.

The Knick delivers an addictive second season with stunning visuals, knockout performances, and disturbing moments adding up to a period drama that’s anything but dated.