The Indie Fresh List: A Frantic Horror Thriller and a Pair of Compelling Bio-docs Hit Theaters This Week

This week at the specialty box office, we get further evidence that the 2020 Oscar race for Best Documentary and Best International Film is going to leave everyone disappointed; there are just too many award-worthy features. This week we add a German horror-thriller and dramatic tale of workers on strike in France to the Best International Film short-list and two bio-documentaries that would in any other year be almost assured a spot on the Oscar docs shortlist but will likely not make the cut given this year’s staggering competition. And as we look to upcoming indie releases, new trailers from Martin Freeman and Nicolas Cage have piqued our interest. 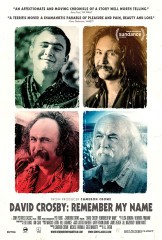 David Crosby: Remember My Name is the kind of film that can only happen when a subject is looking to truly bare their soul to the camera. After 60 years of Rock-n-Roll and a mountain of ill deeds to apologize for, David Crosby of Crosby, Stills, and Nash left no moment from his 76-years on earth off-limits for his new documentary. Derek Smith of Slant Magazine said, “The film captures a man haunted by his past mistakes and nearly certain that he doesn’t have the time left to begin making up for them.” Crosby’s drug use, infidelity, and his own assertion that “every person he has ever made music with hates him” are all chronicled here. Produced by Cameron Crowe, the Rolling Stone writer turned Hollywood director who first interviewed the legendary rocker back in 1974; one wonders if a film this candid would’ve ever been made if not for Crowe and Crosby’s relationship and history.
Playing New York and Los Angeles this weekend, expanding to limited screens on July 26. 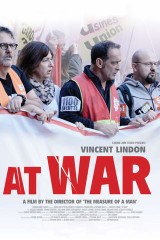 Anyone who spends more than a vacation’s worth of time in France is well acquainted with the country’s comically frequent strikes. La Grève (French for strike) hits various divisions of urban infrastructure (e.g. subway & bus drivers, garbage collectors) so often it barely warrants a local news story. At War attempts to reframe the dialogue around strikes in France (and around the world) to focus on the workers and their rights. Anchored by a gripping performance from lead Vincent Lindon, At War takes you inside the current plight of the modern worker and their constant battle for fair treatment.  Authentic and intimate, it’s a documentary-style work of fiction that is equally rousing and horrifying; Emiliano Basile of Escribiendo Cine said, “At War doesn’t present solutions to the conflict, it simply exposes it paying tribute to those who fight.”
Playing New York and Los Angeles this weekend, expanding to limited screens on Aug 2nd. 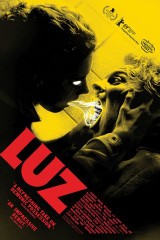 Luz is the type of film that was destined to be passed around college dorm rooms with no preamble other than, “Just watch it, and call me after.” Deeply rooted in horror tropes and yet surprisingly avant-garde, Luz is required viewing. A gift for anyone proclaiming the latest plotless faux-horror flick with dynamic cinematography and emotionally bankrupt characters is “elevated horror.” Dennis Harvey of Variety called this Invasion of the Body Snatchers-meets-Mandy mashup from Tilman Singer “equal measures demonic-possession thriller, experiment in formalist rigor, and flummoxing narrative puzzle-box.” 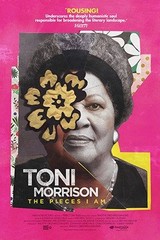 A portrait of one of the most prolific and celebrated artists of the 20th century, Toni Morrison: The Pieces I am takes an examines the life and legacy of the ‘Beloved’ writer’s storied literary career. Morrison, a Nobel Laureate and Pulitzer Prize winner, exemplifies the idea of an artist untethered from convention. Celebrated and studied around the globe and after decades of success, she remains committed to telling the stories from and about the African American experience. She, her collaborators, critics, and fans all provide commentary on her life and the tiny pieces that, when combined, equal who she is as a writer, activist, and storyteller.

Follows various ordained ministers who employ unorthodox methods to spread the gospel and enact change within religion and around the world.

Nicolas Cage stars as an ex-con on a revenge plot with lots of guns.

Martin Freeman plays a man who experiences joy triggered narcolepsy making him incapable, yet desperate, to fall in love.