The Happytime Murders Won't Leave You in Stitches

Plus, Support the Girls is Certified Fresh, and guess A.X.L.'s Tomatometer.

This weekend at the movies, we’ve got  Melissa McCarthy sharing the screen with some very profane puppets (The Happytime Murders, co-starring Elizabeth Banks and Maya Rudolph) and a boy and his robot dog (A.X.L., starring Alex Neustaedter and Becky G). What are the critics saying? 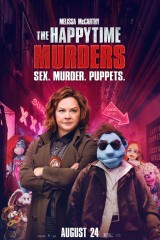 Jim Henson made tons of timeless family-friendly fare with his Muppets, but — as evidenced by film projects like The Dark Crystal and Labyrinth — he never saw puppetry strictly as kids’ stuff. It’s fitting, then, that his son Brian has taken that experimental spirit and injected it into The Happytime Murders, an R-rated black comedy following a murder mystery that takes place in a world populated by humans and puppets. A blend of ostensibly cuddly characters and enthusiastically adult humor, this is the kind of movie that sounds too gonzo to be real — and it almost wasn’t, enduring a decade in development before facing a lawsuit from the studio behind Sesame Street. After all that, it saddens us to report that Happytime is getting murdered by critics; reviews describe a clumsy comedy that’s too busy being aggressively edgy to actually be funny, never mind put a fresh spin on a story whose rough outline should be familiar to anyone who’s seen Who Framed Roger Rabbit. Despite that Henson pedigree and a terrific human cast that includes Melissa McCarthy, Maya Rudolph, Elizabeth Banks, and Joel McHale, this looks like one to stream — if you see it at all. 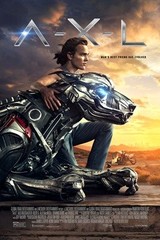 Hollywood is definitely taking that whole “dog days of summer” thing seriously this year. Last week, audiences went back in time to imagine the first boy-and-his-dog friendship in Alpha; this week, we’re taking a peek into the future with A.X.L., in which a teenage boy (Alex Neustaedter) happens upon a canine-shaped cutting-edge military robot. Naturally, the contraption’s bureaucratic minders are eager to get their creation back on its leash, so to speak — a quest complicated by the fact that our young hero has already bonded with his new four-legged pal. So it’s Benji plus Short Circuit, but does it add up to a winner with the critics? Unfortunately, we don’t know yet, because A.X.L. doesn’t have any reviews yet. That’s rarely a positive sign this late in the week, but while we wait to see for sure how things shake out, how about a round of Guess the Tomatometer?