The Girl on the Train Is a Bumpy Ride

Plus, The Birth of a Nation, Insecure, and Timeless are Certified Fresh.

This week at the movies, we’ve got an alcoholic amateur detective (The Girl on the Train, starring Emily Blunt and Haley Bennett), a violent chapter of American history (The Birth of a Nation, starring Nate Parker and Gabrielle Union), and a whole bunch of noogeys (Middle School: The Worst Years of My Life, starring Griffin Gluck and Lauren Graham). What do the critics have to say? 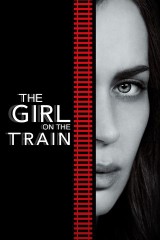 There’s nothing like a murder mystery, and we all know how talented Emily Blunt is. The Girl on the Train has both going for it — not to mention the fact that its source material, Paula Hawkins’ bestselling 2015 novel, is already a hit. But it’s a long journey from the bookstore to the cineplex, and what leaps off the page doesn’t always resonate on the big screen — which sadly seems to be the case here. Although critics have heaped praise upon the ever-reliable Blunt for her portrayal of the titular character, many scribes say the rest of the movie disappoints; what’s meant to be a pulse-pounding whodunit never really comes to life, and director Tate Taylor seems unsure of how to dramatize his protagonist’s unreliable narration or gin up effective suspense. The Girl on the Train may do for a rainy-day rental, but whether it’s an engrossing thriller or an Emily Blunt movie you’re in the mood for this weekend, there’s no shortage of superior options. 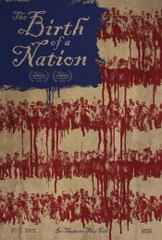 Rarely has the narrative surrounding a film-festival favorite changed as drastically as it has for The Birth of a Nation. A Sundance sensation earlier this year, this searing historical drama — which finds director/star/co-writer Nate Parker dramatizing the events surrounding Nat Turner’s bloody 1831 slave rebellion — has come under intense scrutiny due to troubling revelations regarding Parker’s private life. It’s all bound to make some filmgoers think twice before seeing Birth, but based purely on its critical merits, it’s well worth seeking out. Although reviews caution that Parker’s treatment of the story is admittedly uneven, and he periodically seems at odds with himself as an actor and director, the pure roiling power of the end result makes it undeniably arresting — and arguably one of the more important releases of the year. 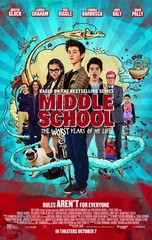 We’re used to seeing YA adaptations that run toward the dark and dystopian (or simply fantastical) end of the spectrum, but plenty of kid-lit hits read more or less like real life — like, for example, James Patterson’s Middle School series. The first installment makes its way to theaters this weekend, bringing to life the adolescent adventures of young Rafe Khatchadorian (Griffin Gluck) as he seeks to undermine his authoritarian principal (Andy Daly). It’s a premise that’s proven worthy in the past, and Middle School: The Worst Years of My Life boasts a pretty deep cast that includes Lauren Graham, Retta, and Rob Riggle. Unfortunately, it wasn’t screened in advance for critics, so you know what that means — it’s time to guess the Tomatometer!

Insecure uses star Issa Rae‘s breakout web series Awkward Black Girl as the basis for an insightful, raunchy, and hilarious journey through the life of a twentysomething black woman that cuts through stereotypes with sharp wit and an effusive spirit.

Sometimes goofy but consistently entertaining, Timeless is a fun throwback action series with a kooky premise that’s worth a watch.

While the execution borders on superficial, the dark humor and character chemistry in Divorce hit the mark.