This Is Who? While NBC was betting Super Bowl LII viewers would keep their TVs tuned to the network after the big game for an emotional episode of its breakout family drama This Is Us, Netflix had other plans. The streaming giant announced its new film, The Cloverfield Paradox, via a multi-million-dollar commercial, then surprise-released it, Beyonce-style, immediately after the Philadelphia Eagles’ win over the New England Patriots.

But was the long-in-development film worth sacrificing sleep to watch? It turns out Netflix might have toyed with viewers’ emotions more than watching a buggy Crock-Pot kill a guy on national television — and the critics are not happy about it. With a Rotten Tomatoes score of 19% on 70 reviews (updated), it appears the movie’s unorthodox release might be more popular than the film itself.

Here’s a short history of how the film came to be, along with the first (mostly rotten) reviews and more feedback from critics: 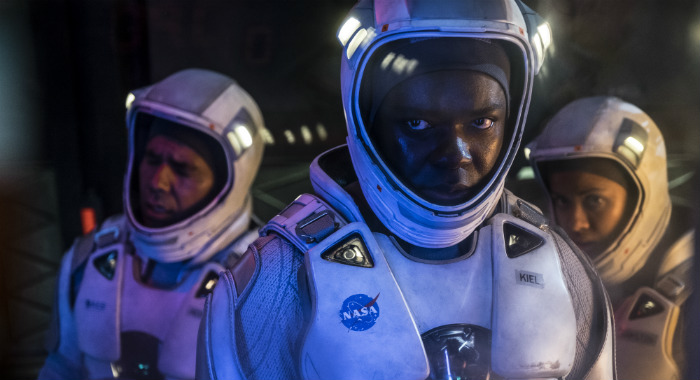 Originally set up at Paramount as The God Particle in 2012, the film was a $5 million to $10 million budgeted sci-fi movie about “an American space station crew left abandoned after a problem with a Hadron accelerator causes Earth to vanish entirely,” per Variety. Directed by Julius Onah and starring Gugu Mbatha-Raw, David Oyelowo, Daniel Brühl, Chris O’Dowd, Ziyi Zhang, and John Ortiz, the film follows a group of astronauts on a space station.

“It was written before 10 Cloverfield Lane and the expanded Cloverfield universe even existed as a thing,” screenwriter Oren Uziel told Collider in 2017, adding that he rewrote some scenes during production to fit it into the Cloverfield franchise. “I don’t know exactly when it became a Cloverfield movie, but I suspect in this current market where it’s just harder and harder to market an original movie of any kind, a science-fiction movie in particular, but I think everyone just knew if it fits — and it does — into that Cloverfield world, it should, and it can only help,” he said.

The release date for The God Particle was originally February 24, 2017, and shifted several times until, before the surprise release, it was postponed until April 20, 2018.

However, weeks after the final postponed release date was announced, rumors circulated that Netflix was interested in acquiring the film from Paramount. The Hollywood Reporter speculated that the streaming service would release the film internationally, while Paramount would release it domestically, where the first two Cloverfield movies had grossed $70 million to $80 million each. 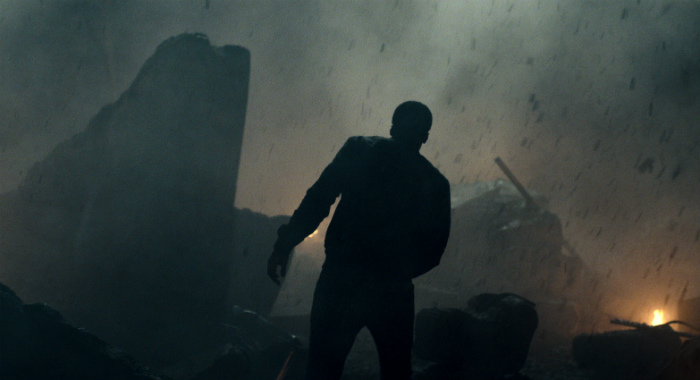 “#FilmTwitter is going to explode tonight. Something is coming that I can hardly believe. Lawd. History in the making.” – Ava DuVernay

…but it wasn’t until a first-quarter commercial for the film teasing that it was “coming very soon” — along with a subsequent press release announcing that it would be available post-game — that viewers knew what was happening. 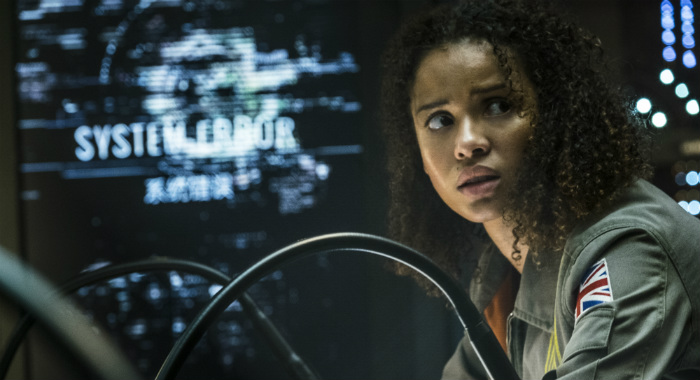 Considering Netflix CEO Reed Hastings’ opinion of critics in general — “The critics are pretty disconnected from the mass appeal,” he told investors in January, after the Will Smith sci-fi film Bright received a crushing 27% Tomatometer score — the poor reviews for The Cloverfield Paradox might not even matter. He’s more interested in the 86% audience score, he said, and he greenlighted a Bright sequel shortly after its release.

“Critics are an important part of the artistic process, but are pretty disconnected from the commercial prospects of a film,” Hastings said. “If people are watching this movie and loving it, that’s the measurement of success. And if the critics get behind it or don’t, that’s a select group of social media influencers talking to a specific audience.”

That’s one way to spin a Rotten Tomatometer score, but film criticism isn’t going away any time soon, as online tools invite more and more voices to the conversation, including the increasingly partisan, frequently unforgiving, and sometimes vindictive viewing audience. 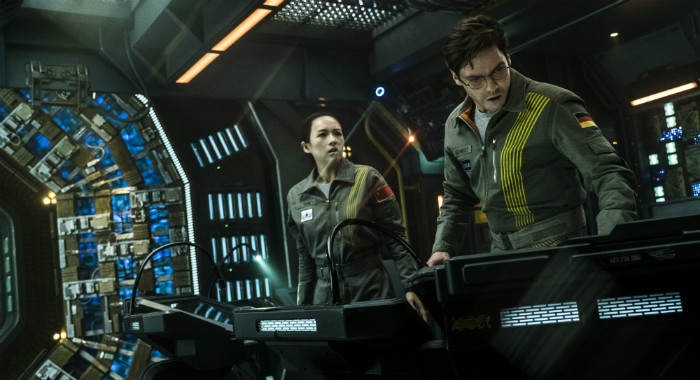 While the last-minute marketing generated plenty of buzz on Twitter, many critics thought the campaign (or lack thereof) was a way for Netflix to get people excited about a movie that was not very good. And they didn’t mince words.

“Ultimately, it doesn’t even matter whether The Cloverfield Paradox is a good movie or not, thanks to Netflix, it is an instant industry game-changer.” – Barry Hertz, The Globe and Mail

“A theatrical release would likely have been disastrous for this dud; with any luck, it will be forgotten amid tomorrow’s hangovers.” – John DeFore, The Hollywood Reporter

“Picking up a studio’s rejects might not be the best way to burnish Netflix’s brand. (The real winner here may be Paramount, who offloaded an almost-certain flop.) But Netflix didn’t just polish this turd: They served it up on a silver platter, and had everyone rushing to dig in. There’s a certain thrill in getting there first, but when you’re done, you’re still left with a pile of crap.” – Sam Adams, Slate

“The Cloverfield Paradox may well prove to be a landmark moment in the history of movies, opening an inter-dimensional portal between films and their audiences. … It’s worth remembering that the Cloverfield movies were only able to successfully disrupt conventional distribution methods because they’re good. The best thing you can say about this one is that it’s free with your Netflix subscription.” – David Ehrlich, IndieWire

“Sounds intriguing, but the actual movie is strangely plain, eyesore-overlit and uselessly frantic. It devolves into clichéd “I can’t let you do that” confrontations on its way to a trifling punch line. As a theatrical movie, it would have been a nonevent; as a Netflix event it is, to coin a phrase, fake news.” – Glenn Kenny, The New York Times

“The Cloverfield Paradox is a bit of a scam job, promising to reconcile entries in a series that have little in common save for a shared genre. It fizzles so badly at the end that you might legitimately wonder if it ever had anything to do with the other two films in the first place, or if it was produced independently of the series and retroactively added.” – Matt Zoller Seitz, RogerEbert.com

“What excitement this movie is able to muster soon gives way to the startling realization that virtually none of its twists, for all their dimension-hopping audacity, have been coherently or intelligently thought through. Narrative incompetence is one of the more venial sins of big-budget filmmaking, but there is something particularly ugly and cynical about the sloppiness of The Cloverfield Paradox, as if its status as a franchise stepping stone excused its blithe contempt for the audience’s satisfaction.” – Justin Chang, The Los Angeles Times 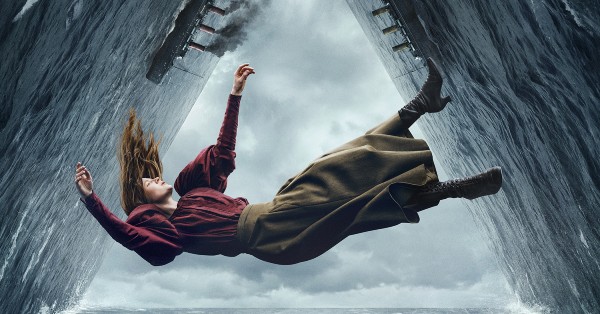