The Boss Strains for Laughs

Plus, Hardcore Henry is over the top, for better or worse, and Everybody Wants Some!! is Certified Fresh.

This week at the movies, we’ve got a penance-seeking tycoon (The Boss, starring Melissa McCarthy and Kristen Bell), an amnesiac super-soldier (Hardcore Henry, starring Sharlto Copley and Haley Bennett), and hard-partying ballplayers (Everybody Wants Some!!, starring Blake Jenner and Ryan Guzman). What do the critics have to say? 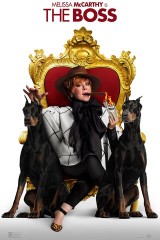 At her best — in films like Bridesmaids and Spy — for example — Melissa McCarthy is as funny as anyone in the movies. But there’s only so much she can do with mediocre material, and critics say The Boss — about a cutthroat tycoon who seeks redemption working with Girl Scouts after a stint in jail — is unnecessarily crude, narratively slack, and unworthy of its star or supporting cast (which includes Kristen Bell and Peter Dinklage, among others). 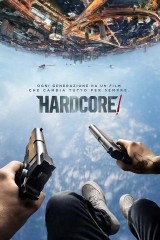 Movies have been borrowing from the visual language of video games for years, but Hardcore Henry takes things to their logical conclusion: it’s a nearly plotless series of action scenes shot from a first-person perspective. Critics are split as to whether this experiment in cinematic gimmickry works; suffice it to say that while some are impressed with Hardcore Henry‘s adrenaline-junkie pacing and inventiveness, others find it to be a numbing, vertiginous blast of pointless mayhem. 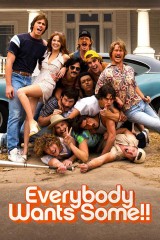 Everybody Wants Some!!, Richard Linklater‘s freewheeling comedy about a party-hearty college baseball team, goes wide this week after earning strong reviews in limited release. Critics say that while this nostalgic 1980s period piece doesn’t have much of a plot, that’s actually one of its strengths — as with other Linklater classics like Slacker and Before Sunrise, it captures the rhythms of life in a way that feels absolutely authentic.