From puppets to a major 2019 crossover tease, we recall the best moments from Arrow, The Flash, Supergirl, and Legends of Tomorrow this season. 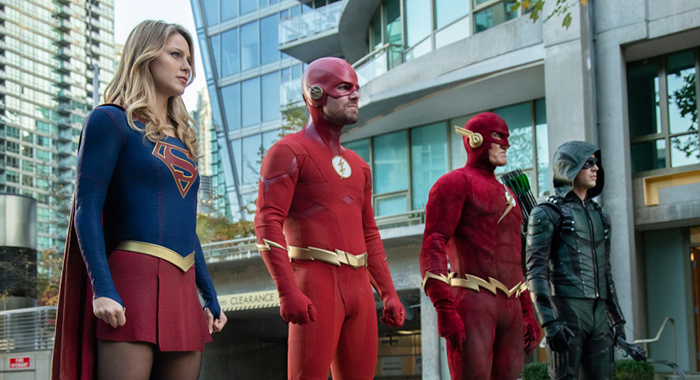 Four superhero series set in the same universe could be considered overkill, but in the 2018-19 TV season, The CW’s Arrowverse managed to tell a number of diverse stories across its four shows. The Flash thrust its protagonist into a fatherhood complicated by time travel, and Arrow featured a story about the consequences of the team’s actions 20 years on. Over on Supergirl, Kara Danvers (Melissa Benoist) faced xenophobia and prejudice, and DC’s Legends of Tomorrow took on creatures of myth, a DC Comics villain, and Nate Heywood’s (Nick Zano) troubled childhood. That’s in addition to each show’s season-long villains, major milestones, and crossovers.

All told, there were 82 Arrowverse episodes on TV during the 2018-19 season. Below, we look back at our top five favorite moments from this year’s Arrowverse TV series. Some are funny, tapping into the Arrowverse’s trademark sense of humor, while others remind us that the life of superhero is never easy. Between vendettas, enemies from the past and future, interdimensional beings, and the heroes’ own missteps, the super-powered people of The CW faced incredible odds and left behind plenty of memorable scenes. 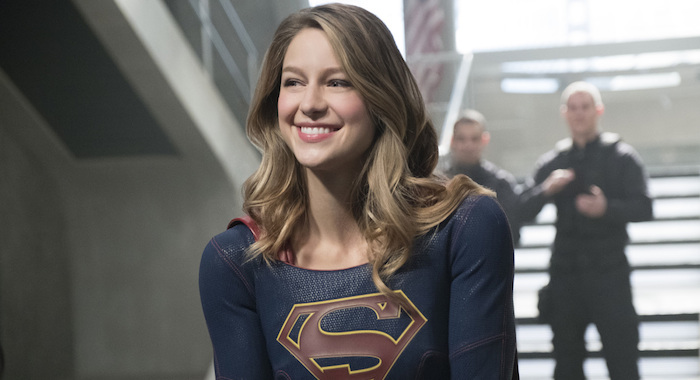 Admittedly, this moment is included because we like dorky Kara. With her own storylines leaving little room for dorkiness this year, our key moment with Supergirl comes from part one of the “Elseworlds” crossover with Arrow and The Flash. After Barry Allen (Grant Gustin) and Oliver Queen (Stephen Amell) wake up to discover they have switched lives, they devise a plan to visit Kara on Earth-38 and prove the switch is, in fact, occurring. The duo land on the Kent farm (where Smallville’s theme song happens to be playing) and meet Kara’s cousin Clark (Tyler Hoechlin).

Kara recognizes them as their usual selves, but their abilities are still switched. As they begin to train for their new power sets, Kara jokes about Barry taking on Oliver’s persona. She imitates his gruff voice by saying, “I’m the Green Arrow,” and then beams with a gloriously dorky smile.

This season, Kara had been frowning through most of her solo adventures as a tide of anti-alien sentiment swept the country. And just before Barry and Ollie’s arrival, Clark told her he was going to on a long-term visit to Argo, leaving her as Earth’s defender. Thus, this brief moment of a carefree Kara goofing with her friends was a welcome reminder of why we like her in the first place. Beyond her powers and duty, Kara Danvers is a total nerd.

I’m not sure who’s face is creepier in this picture…mine or my puppets? Thank you guys for watching last night! ?

Never afraid to break its own premise or poke fun at other genres, DC’s Legends of Tomorrow went all out with its mid-season finale, “Legends of To-Meow-Meow.” John Constantine (Matt Ryan) and Charlie’s (Maisie Richardson-Sellers) attempts to undo one of Constantine’s big mistakes led them into vastly different realities. Zari (Tala Ashe) turned into a cat, while the others became the Guardians of the Galaxy, Charlie’s Angels, and, in the most memorable of the twisted realities, a children’s puppet show called DC’s Puppets of Tomorrow. A still-thoroughly human Constantine faced puppet versions of Sara Lance (Caity Lotz), Nate, and Ray Palmer (Brandon Routh). Each tried to teach him lessons about friendship, asking for help, and the number three. But after spending time with the puppets, Constantine accepted the fact he could not change his own past.

I begged for an entire episode of this… #LegendsOfTomorrow

It was all quite silly, but that is one of the show’s key strengths. It finds a compelling through-line while turning its characters into puppets or action TV stars.

The episode’s Charlie’s Angels pastiche, complete with another appearance by Amy Louise Pemberton as Gideon in human form, played up all the biggest, broadest ’70s TV tropes to a tee. We definitely hope the series will find a way to play around with its format like this again next year.

3. The Death of Ricardo Diaz 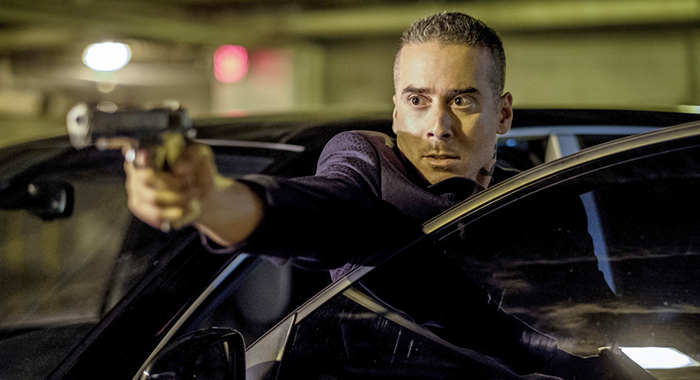 We’ll be honest, we were never all that fond of Arrow season 6 big bad Ricardo Diaz (Kirk Acevedo). He lacked for a good motivation, he was completely devoid of menace, and he had a nasty habit of evading death. In fact, he was the first Arrow nemesis to survive a season without dying or ending up incapacitated. He entered season 7 as a wanted man before getting locked up, briefly joining the ersatz Task Force X, and then finally dying at the hands of Oliver’s half-sister, Emiko (Sea Shimooka).

Now, beyond the delayed satisfaction of seeing this bad guy finally getting his comeuppance, the poetic justice of his death makes it one of the more memorable Arrow moments this year. During one of Diaz’s monologues in season 6, he revealed his greatest fear: dying in prison. While we’ll never know if Emiko knew this was the death he feared the most — although it’s reasonable to think The Ninth Circle may have had some intel on this issue — she definitely served him with a brutal end to his sad life.

Of course, ending his life led Emiko to becoming another bland Arrow villain, but that’s a discussion for another day. 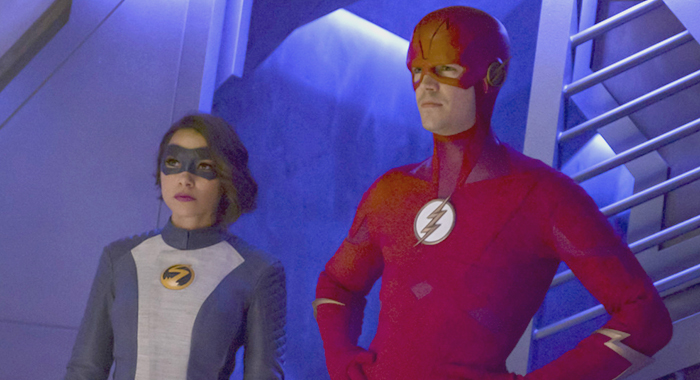 The Flash’s 100th episode, “What’s Past is Prologue,” offered fans a lot of wonderful remembrances of previous seasons — from Cisco’s (Carlos Valdes) hoodies to Savitar’s (Gustin) emo take on Barry — but it also featured one haunting scene amid the Easter eggs and callbacks.

After their escape from a time wraith damages a badly needed piece of tech, Barry realizes he and Nora (Jessica Parker Kennedy) will have to visit Eobard Thawne (Tom Cavanagh) when he was still pretending to be Harrison Wells to get the equipment fixed. He also knows the precise time to visit because he already visited Thawne on this particular day (January 27, 2015) a couple of years ago to get insights from the Reverse Flash on stopping Zoom (Teddy Sears). Yeah, time travel on The Flash can leave you with a headache.

The scene itself, though, is a master class of acting from Cavanagh, Gustin, and Kennedy. Within seconds, Cavanagh reminds the viewer of the brilliance and menace he gave Thawne during The Flash’s first season as he uncovers the real reason for Barry’s second visit and the truth about Nora. She’s not the daughter Thawne expected to meet, and as it turns out, their conversation set into motion the plan that first sent Nora on her trip to visit her parents in 2018.

Again, time travel on The Flash can be hard to keep straight sometimes.

Besides Cavanagh’s ease with playing Barry’s true nemesis, the scene also provides Gustin a chance to let loose as Thawne is the only person Barry absolutely hates. The fear Kennedy displays throughout the scene comes more from Nora’s reaction to Barry than the cool menace of Thawne. All of it adds up to something unsettling and pivotal. Besides a top moment from this year’s Arrowverse, it might be a contender for an all-time best moments list. 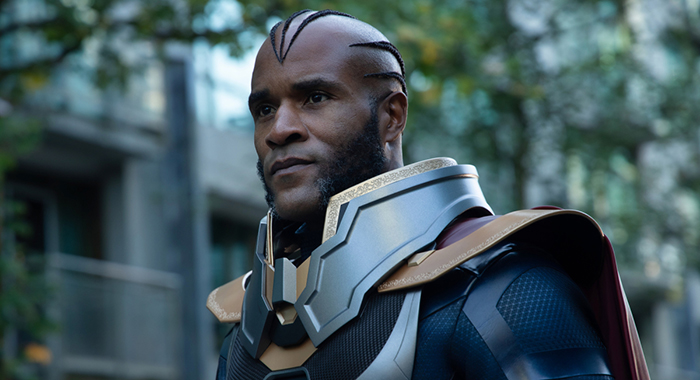 One moment stands above the rest — a true twilight of the superheroes. First seen at the end of The Flash’s 100th episode, this scene takes viewers to the heretofore unseen Earth-90. There, we see that heroes including Stargirl, a Smallville-like Green Arrow, the Ray, and many more have fallen. The last surviving hero is Barry Allen (John Wesley Shipp, reprising his role from the 1990s Flash TV series), who learns his attempts to change Earth-90 into a “worthy” planet have failed. The apparent judge in these matters is The Monitor (LaMonica Garrett), an impossibly powerful figure who offers the Book of Destiny to various Earths as a test. But just as The Monitor reclaims the book to end Earth-90’s existence, The Flash speeds away to another reality.

While meant as a teaser for the 2018 crossover “Elseworlds,” it also manages to be a great tease for the next year‘s crossover, “Crisis on Infinite Earths.” The red skies and dead heroes evoke imagery straight from the original comic book. More importantly, it brings the story’s epic scale to television. Nothing in the Arrowverse has ever looked quite like that scene. And the Monitor’s subsequent cameos on Arrow, Supergirl, and Legends recall his first appearance in this scene as the apparent bad guy — another callback to the character’s earliest comic book appearances.

It remains to be seen if the television version of “Crisis” will be as apocalyptic as this moment. But if it is, this scene will continue to echo throughout the crossover event.

Of course, these are just our top 5 choices. Other memorable moments include Lex Luthor’s (Jon Cryer) rendition of Frank Sinatra’s “My Way” in the Supergirl season finale, Iris (Candice Patton) discovering she missed the battle between King Shark and Gorilla Grodd, and Mick Rory (Dominic Purcell) revealing himself as a beloved romance novelist to a convention hall full of fans. Then there’s Nora’s final goodbye, of course. But as all these moments prove, the Arrowverse never stops creating breathtaking, funny, or emotional scenes. And with its biggest crossover coming next season — five parts in all, as Batwoman gets in on the action — we expect to see even more incredible moments in the fall. 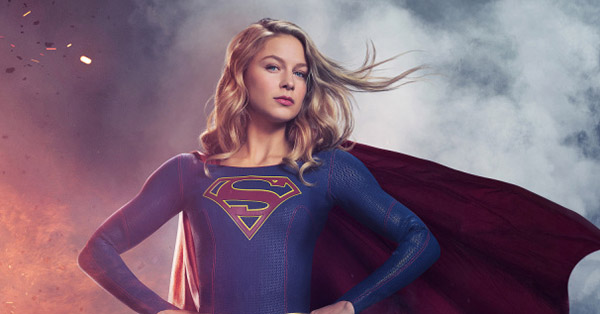 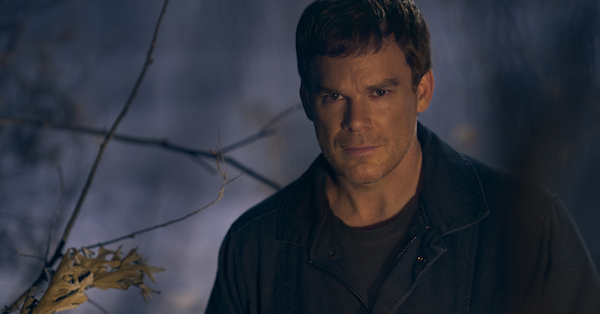