It was a night of shock wins – Green Book! Olivia Colman! – and history in the making at the 91st Academy Awards.

What the 91st Academy Awards lacked in hosts, it certainly made up for in surprises – at least at the tail-end of the night. (Yes, your ears and eyes were working: that was Julia Roberts naming Green Book as Best Picture and not Roma.) It was also a night for history to be made, with the likes of Spike Lee winning his first Oscar, and Ruth E. Carter and Hannah Beachler becoming the first African Americans to win awards for Costume and Production Design, respectively. Read on for our picks of the night’s biggest moments, and check out our full list of the 2019 Oscar winners. 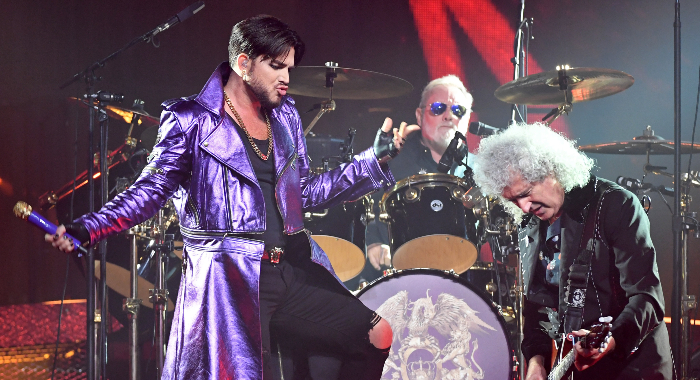 Queen biopic Bohemian Rhapsody may be lowest on the Tomatometer among the Best Picture nominees, but the band was top of the night. Joined by Adam Lambert, Queen opened the show performing “We Will Rock You” and then “We Are the Champions,” forcing all actors caught on camera to rock out enthusiastically/awkwardly (Javier Bardem for the win).

Fey, Rudolph, Poehler Show they Would Have Made the Perfect Hosts

Some viewers got their hopes up that perhaps we would get hosts after all when Tina Fey, Maya Rudolph, and Amy Poehler entered the stage following a montage of moments from the year in film. And while they did not stick around to guide us through the night, their introduction to the Best Supporting Actress showed the Academy might be wise to let them next year. Particular highlights: Rudolph’s sultry “Wakanda plans you got later?” to Chadwick Boseman, and her perfect Gaga wail.

If Beale Street Could Talk co-star Regina King was named Best Supporting Actress, and – after an assist getting to the stage from Captain American himself – delivered a heartfelt speech, celebrating her mother, who accompanied her to the awards. “I’m an example of what it looks like when support and love is poured into someone,” said a teary King. She is the first winner in any acting category to win the Oscar without being nominated for a SAG or BAFTA since Marcia Gay Harden in 2000.

Brian Tyree Henry and Melissa McCarthy Wear All the Costumes

Brian Tyree Henry (If Beale Street Could Talk, Spider-Man: Into the Spider-Verse) and Melissa McCarthy (Can You Ever Forgive Me?) introduced the Best Costume Category wearing outfits inspired by all five nominees. We will never forget the image of McCarthy opening the envelope with a rabbit puppet.

Black Panther costumer Ruth E. Carter became the first Black woman to win an Oscar for Best Costume Design, beating out favorite Sandy Powell who was nominated twice for Mary Poppins Returns and The Favourite. The 30-year veteran began her acceptance speech by thanking fellow nominee Spike Lee; the BlacKkKlansman director gave Carter her first job on School Daze, and they later collaborated for her Oscar-nominated work on Malcolm X. Next up was the award for Best Production Design, and in back-to-back historic Black Panther wins, Hannah Beachler became the first Black woman to win for Production Design. The production designer behind Beyonce’s Lemonade and all of director Ryan Coogler’s movies gave an emotional speech during which she thanked Coogler for believing in her.

Some pundits thought Can You Ever Forgive Me? co-star Richard E. Grant was set to cause an upset here, but favorite Mahershala Ali took home the prize for his portrayal of pianist Don Shirley. The win makes Ali only the second ever Black actor to win two acting Oscars (the other being Denzel Washington). Ali dedicated his award to his grandmother, “who has been in my ear my entire life telling me, if at first I don’t succeed, try, try again.” 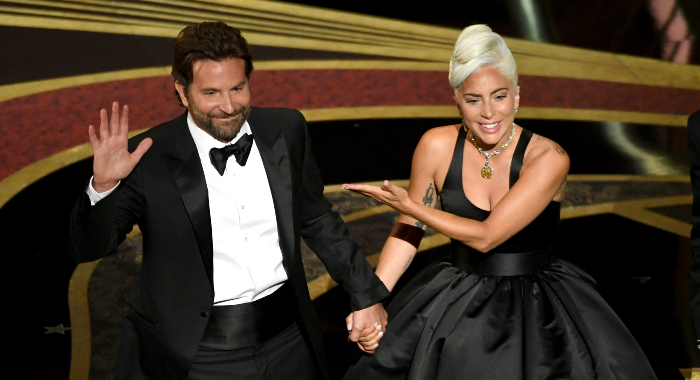 They didn’t even need an intro… The Best Song favorites performed the final song of the night, semi-recreating A Star Is Born’s memorable concert scene: camera lingering behind them, epic build, that wail. “Shallow” – of course – went on to win Best Song.

BOOM-SHAKA-LACKA! Spike Lee won his first competitive Oscar after five nominations. (He was awarded an honorary Oscar in 2016). Accepting the Best Adapted Screenplay award for BlacKkKlansman – along with Kevin Willmott, David Rabinowitz, and Charlie Wachtel – the Brooklyn native stayed on brand: bombastic and honest. During his speech, he drew attention to the date of his historic win, 400 years almost to the day since the first slaves arrived in the United States. In February, Black History Month, the country’s most celebrated Black filmmaker was handed the award from Brie Larson and his longtime friend Samuel L. Jackson. It is the third year in a row that a Black writer has won for screenwriting: Jordan Peele won Best Original Screenplay for Get Out last year and Barry Jenkins won Best Adapted Screenplay in 2017 for Moonlight.

The Oscars proved it still has the capacity to surprise, saving one of the biggest shocks of the night to almost the very end: The Favourite star Olivia Colman upset favorite Glenn Close in the Best Actress category. Less of a shock: Colman gave arguably the best — and funniest — speech of the night, opening with “It’s genuinely quite stressful” and ending by simply exclaiming, “Lady Gaga!”

Alfonso Cuarón’s win for Best Director means that Mexican directors have won the category five times since 2014: Alejandro González Iñárritu for Birdman and The Revenant, Guillermo del Toro for The Shape of Water, and Cuarón for Gravity and, now, Roma.

If the Best Actress win was one of the biggest wins of the night, it’s closest competition was in the Best Picture category, where Green Book won ahead of favorite Roma. Some pundits had a feeling this could happen, particularly given the Oscars’ preferential voting system, but it was inconceivable to others that any film could stand in the way of Cuarón’s masterpiece. Netflix will have to wait another year, at least, before it can take the top honor. 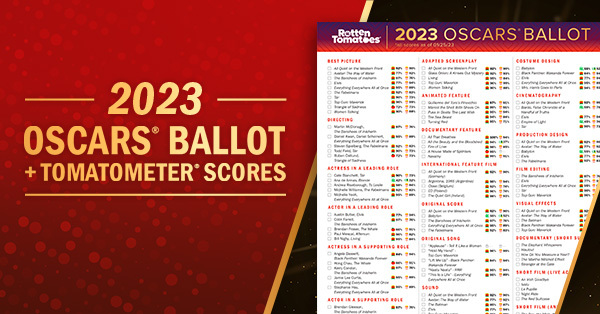