Oscar Ceremonies Ranked: The Best and Worst Academy Awards Shows from 1995 to 2020

Every year, after what feels like a lifetime of awards season campaigning, the industry awaits with bated breath to see which movies and artists will make their way to the biggest stage in Hollywood: The Oscars. Of course, the ceremonies are spectacles in and of themselves, subject as much as the films they honor jeers and adulation from critics, so we’re taking the last 25 years’ worth of Oscar shows and ranking them by Tomatometer!

Looking at the Tomatometer scores from the past decades of Oscar ceremonies proves there is no magic formula for Freshness. Master of ceremonies Billy Crystal runs the gamut on the Rotten-to-Fresh spectrum. Neil Patrick Harris, who’s hosted awards from coast to coast, can crash and burn. A snafu like the Moonlight/La La Land debacle can actually be a boon to the show’s watchability (and likability according to critics), while a cringeworthy misfire like Anne Hathaway and James Franco’s entire schtick can, predictably, earn terrible reviews.

Whoopi Goldberg may just be the most consistent host of them all despite not having done the gig in years, and the irreverent turn by David Letterman lands just about exactly where you would expect.

With all that in mind, take a look at how the past 25 years of Oscar ceremonies, from 1995 to 2020, have fared on the Tomatometer!

#25
Adjusted Score: 27.043%
Critics Consensus: The multitalented Seth MacFarlane's appointment as Oscars host may have seemed like a surefire bet, but the edgy funnyman makes for a disappointing master of ceremonies during an 85th Oscars that is mired in distasteful jokes and misogynistic gags.
Starring:

#23
Adjusted Score: 31.783%
Critics Consensus: Alec Baldwin and Steve Martin share an amiable comedic rapport, but their gentle barbs do little to liven up the placid 82nd Oscars, a ceremony that can't seem to decide whether it wants to be hip for the kids or staid for the old guard.
Starring: Steve Martin

#22
Adjusted Score: 31.946%
Critics Consensus: Billy Crystal may be the unofficial Lord of the Oscars, but his musical hosting style yields diminishing returns in a ceremony that's almost as long as favorite The Return of the King.
Starring:

#18
Adjusted Score: 44.257%
Critics Consensus: David Letterman gives an irreverent turn as emcee to the delight of his fans and to the annoyance of those who wanted decorum out of the 67th Oscars, a predictable ceremony devoid of many highlights.
Starring: 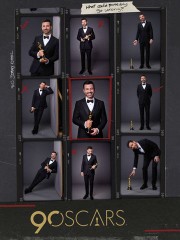 #17
Adjusted Score: 46.496%
Critics Consensus: The 90th Oscars played it safe and hit no major snags -- but by clocking in at over four hours, returning host Jimmy Kimmel and company wore out their welcome long before the night's conclusion.
Synopsis: Jimmy Kimmel hosts the 90th annual ceremony. "The Shape of Water" leads with 13 nominations; "Dunkirk" has eight; and "Three... [More]
Starring:

#16
Adjusted Score: 48.26%
Critics Consensus: Billy Crystal remains a charming emcee, but his retread of old bits does little to enliven a painfully restrained 72nd Oscars that feels even longer than its gargantuan runtime.
Starring:

#15
Adjusted Score: 49.681%
Critics Consensus: Glamor bristles against national anxiety at the 75th Oscars, a ceremony that struggles to escape the shadow of the Iraq War despite capable host Steve Martin's best efforts.
Starring:

#14
Adjusted Score: 51.441%
Critics Consensus: Ellen DeGeneres brings her breezy affability to the 79th Oscars and director Martin Scorsese finally gets his due, but a succession of predictable winners saps this ceremony of spontaneity.
Starring:

#13
Adjusted Score: 51.758%
Critics Consensus: Jon Stewart returns as a more confident host who seems more at home at the 80th Oscars stage, but the ceremony's short preparation after the Hollywood writer's strike is evident throughout a telecast stocked with redundant montages.
Starring:

#12
Adjusted Score: 53.498%
Critics Consensus: Hugh Jackman brings his trademark showman flair to an 81st Oscars that goes to great lengths to liven up the formula, but much of the telecast's innovations only serve to highlight how easily the ceremony can teeter into cumbersome spectacle.
Starring:

#11
Adjusted Score: 54.167%
Critics Consensus: Jon Stewart's likable -- but unfortunately muted -- turn can't save the sluggish 78th Oscars -- though a surprising upset for the night's top honor at least gave viewers something to talk about.
Starring:

#10
Adjusted Score: 54.574%
Critics Consensus: The 70th Oscars pays touching tribute to previous winners and Billy Crystal does his best to keep things buoyant, but a predictable sweep by Titanic sinks the ceremony.
Starring:

#9
Adjusted Score: 60.164%
Critics Consensus: Chris Rock brings a welcome dose of irreverence to the 77th Oscars, but his polarizing barbs still can't fully elevate a ceremony that struggles to balance showtime efficiency and giving honorees their proper due.
Starring:

#8
Adjusted Score: 60.093%
Critics Consensus: Ellen Degeneres breaks the internet with a record-setting selfie, impromptu pizza, and a genial warmth that smoothly pilots an Oscars ceremony free of glaring gaffes -- if a little bereft of spontaneity.
Starring:

#7
Adjusted Score: 60.234%
Critics Consensus: Steve Martin proves himself a winning Oscars host with some gentle ribbing throughout a restrained ceremony that spreads the wealth among one of the most competitive lineups in years.
Starring:

#6
Adjusted Score: 60.599%
Critics Consensus: Kicking off with an innovative and memorable montage that plops Billy Crystal into the year's nominees, the 69th Oscars begins with enough energy to sustain itself through a decidedly repetitive evening of English Patient domination.
Starring:

#5
Adjusted Score: 68.576%
Critics Consensus: Jimmy Kimmel's wry wit elevates a highly political 89th Oscars ceremony that culminated in an awe-inspiring fiasco that may have been mortifying in the room, but proved to be unforgettable on the screen.
Synopsis: Honors for achievements in film take place at the Dolby Theatre in Los Angeles, hosted by Jimmy Kimmel.... [More]
Starring:

#4
Adjusted Score: 69.981%
Critics Consensus: Whoopi Goldberg is uncharacteristically absent as master of ceremonies during the 74th Oscars, which nevertheless proves memorable thanks to historic acting wins and a tasteful acknowledgement of national tragedy.
Starring: 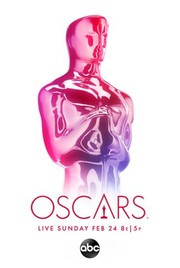 #2
Adjusted Score: 75.377%
Critics Consensus: Returning host Chris Rock addresses the #OscarsSoWhite controversy with cutting insight and a cathartic warmth during one of the strongest Oscars ceremonies in years.
Starring:

George R.R. Martin Says The Winds of Winter Should Be Done in 2021