This week’s Ketchup brings you more headlines from the world of film development news, covering such titles as Scorsese’s Killers of the Flower Moon, Flash Gordon, and the Hunger Games prequel.

TAIKA WAITITI’S ANIMATED FLASH GORDON WILL BE LIVE ACTION INSTEAD 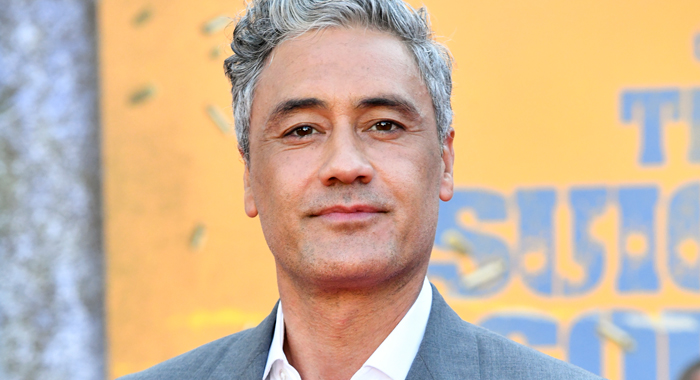 In the summer of 2019, we first learned that Taika Waititi (Thor: Ragnarok, What We Do in the Shadows) had been hired to write and eventually direct an animated adaptation of the classic serial sci-fi hero Flash Gordon. This week, producer John Davis was doing the PR rounds to promote Jungle Cruise, and he gave a surprising Flash Gordon update that might actually raise the reboot’s profile considerably: Instead of being an animated feature as originally planned, Taika Waititi’s Flash Gordon will be live action. Although there were three Flash Gordon serials from 1936 to 1940, the character has only headlined one live-action feature film in the 80 years since, which was the 1980 Flash Gordon (Certified Fresh at 83%), starring Sam Jones with a soundtrack by Queen. We can probably expect to wait a few years for Waititi’s film, however, as he also has Thor: Love and Thunder (5/6/2022), the soccer movie Next Goal Wins, We’re Wolves (a mockumentary about werewolves), and his untitled Star Wars movie all currently in the works.

Brendan Fraser recently wrapped filming of Darren Aronofsky’s The Whale, in which he will play a 600 lb. man seeking to reconnect with his estranged teenage daughter (played by Sadie Sink from Stranger Things). Now, Fraser is quickly moving from working with one acclaimed director to another, as he has joined the cast of Killers of the Flower Moon, the next film from Martin Scorsese. Fraser will play lawyer W.S. Hamilton in the Apple TV+ and Paramount Pictures feature film, which is based on the true crime story originally depicted in the nonfiction book of the same title by David Grann. Fraser joins a cast that includes Jesse Plemons (in a lead role) and frequent Scorsese collaborators (and Academy Award winners) Robert De Niro and Leonardo DiCaprio. Brendan Fraser has also joined the cast of Brothers, the next movie from director Max Barbakow (Palm Springs, Certified Fresh at 95%).

Authors nowadays just don’t have cool pen names as often as they used to. “Trevanian” was the nom de plume of an American writer who specialized in “airport novels,” the most famous of which was probably The Eiger Sanction, which was adapted as the eponymous 1975 assassin movie (Fresh at 68%) starring Clint Eastwood. Chad Stahelski is the stuntman-turned-director behind the John Wick franchise, which is also about a deadly assassin, so you can probably guess where this is going. Even as he’s about to begin filming John Wick 4, Stahelski has started developing an adaptation of the 1979 Trevanian novel Shibumi, about an assassin who is recruited to take on a conspiracy of “energy companies that secretly controls much of the western world.” It’s worth noting that Stahelski is accruing a large development slate, of which Shibumi is just the latest, so it will have to wait its turn alongside such projects as Ghost of Tsushima, Classified, Kill or Be Killed, and the Highlander reboot.

The Young Adult (YA) novel-based movie fad came and went so quickly that it might seem odd to realize that the very first installment of The Hunger Games (Certified Fresh at 84%) came out as recently as nine years ago, and the last movie was only six years ago. That four-film franchise was a huge financial boon to Lionsgate, which grossed nearly $3 billion worldwide from it, but when it ended in 2015, it also left a big, blockbuster-sized hole for them to fill in their production calendar. Luckily for them, author Suzanne Collins published a prequel novel called The Ballad of Songbirds and Snakes last year. During a quarterly earnings call this week, Lionsgate chairman Joe Drake confirmed that filming of The Ballad of Songbirds and Snakes is expected to start in the first half of 2022, aiming for a theatrical release in late 2023 or early 2024. The prequel will tell the story of the 18-year-old (future President) Coriolanus Snow as he gets his chance to be a mentor during the Tenth Hunger Games. Presumably, whoever lands the lead role will resemble a very young Donald Sutherland.

According to the Guinness Book of World Records, Bram Stoker’s Dracula has the distinction of being the most frequently adapted literary character in film (Sherlock Holmes is the most adapted human literary character). With that many movie versions of Dracula, there have also been dozens of portrayals of his insane, bug-munching human henchman Renfield, but usually as a supporting character. Always looking to continue their Universal Classic Monsters franchise, Universal Pictures is now developing a solo movie for Renfield, with Nicholas Hoult (Mad Max: Fury Road, X-Men: First Class) attached to star. Chris McKay (The LEGO Batman Movie, The Tomorrow War) will direct Renfield from a screenplay by Rick and Morty writer Ryan Ridley, based on an original screenplay by Robert Kirkman (The Walking Dead, Invincible). Although no specific premise details have been revealed yet, the setting is believed to be in the modern day, not in the Victorian Era England of the original novel.

The Teenage Mutant Ninja Turtles have a way more complicated history than the casual observer might expect (and it goes all the way back to their start as a “grim and gritty” Daredevil spoof indie comic book). Besides the first three live-action films, there was also an animated movie in 2007 and a pair of more recent live-action movies in 2014 and 2016 with the turtles as CGI characters (and that’s without getting into all the TMNT movies that didn’t happen). Last year, we first heard that Seth Rogen and his frequent collaborator Evan Goldberg were developing a CGI reboot feature film with Nickelodeon, but as it turns out, that is now just one of two reboots being developed concurrently. Saturday Night Live star Colin Jost and his brother Casey Jost will also write a second Teenage Mutant Ninja Turtles reboot for Paramount Pictures. The division between the two reboots seems to be that the Jost brothers are working on a version closer to the “gritty” comic book origins, while Seth Rogen’s is more lighthearted like the 1980s animated TV series. The Jost brothers’ version will also probably come later than Seth Rogen’s, which is currently scheduled for August 11, 2023.

Up above, we touched upon the came-and-went YA novel adaptation fad, and another trend that has largely fallen out of vogue is the “found footage” genre first popularized by The Blair Witch Project. For a while, found footage was a lucrative format that gave Hollywood a few surprise hits (such as the Paranormal Activity franchise) and the 2012 superhero drama Chronicle (Certified Fresh at 85%). There was talk for years about a Chronicle sequel, but the personal developments for some of the creatives involved seemed to decrease the chances of that happening, to the point where director Josh Trank said in 2020 that he actively worked to prevent it. As it turns out, however, Jungle Cruise producer John Davis does indeed plan on moving forward with a Chronicle sequel, although it may be a very different film than was originally planned. This sequel will be set about 10 years after the original Chronicle (suggesting filming in 2022?) and will revolve around a group of female college students who discover that they are the next generation with super powers. Davis also did not clarify whether the “found footage” technique would be used for the Chronicle sequel.

7. POPULAR SQUISHMALLOWS PILLOWS TO EXPAND INTO FILM, TV, AND GAMES

(Photo by The Washington Post/Getty Images)

Some trends blow up simply by being the right idea at the right time. Consider, for example, the case of the Squishmallows, an expansive line (1,000+) of character-themed huggable pillows that first launched in 2017 as sort of a cross between pillows, anime influences, and the Beanie Baby craze of the 1990s. Squishmallows may have eventually become popular in any case, but their expansion may have been significantly impacted by the COVID-19 pandemic, with people seeking something adorable to hug while stuck at home for months. Jazwares, the company behind Squishmallows, is seeking to build upon their newfound success by partnering with the powerful Creative Artists Agency (CAA). CAA will work with Jazware to push the Squishmallows franchise into film, TV, video games, publishing, and live touring. So that doesn’t mean that there is a Squishmallows movie project in development just yet, but it certainly sounds like it’s just a matter of time.