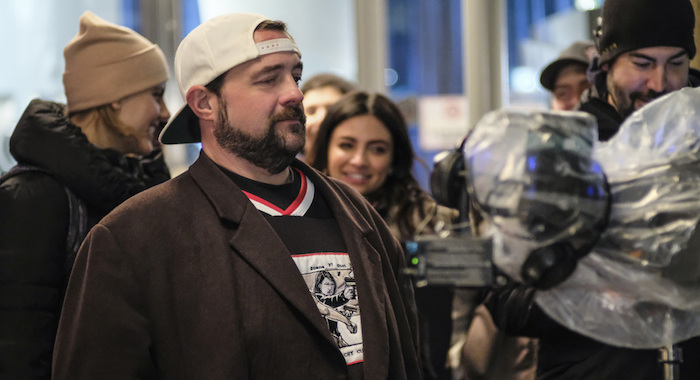 Kevin Smith returned to direct this week’s Supergirl, “Distant Sun,” and you could tell thanks to the Star Wars joke and an Easter Egg for Smith’s most recent movie. It was an especially big episode for Mon-El (Chris Wood), Maggie (Floriana Lima), Rhea (Teri Hatcher), Lar Gand (Kevin Sorbo), and President Marsdin (Lynda Carter).

SPOILER WARNING: STOP HERE IF YOU HAVEN’T SEEN THE EPISODE 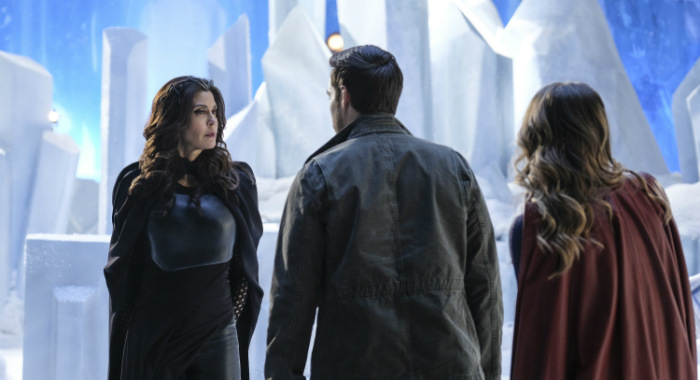 After a musical interlude with The Flash, Kara (Melissa Benoist) was back to working things out with Mon-El. When someone put a bounty on her head, Kara found herself the target of many threatening hit-aliens. One had a clever way of getting to her: by taking over Mon-El’s body and using him to fight her.

As they fought, Mon-El grabbed Kara and flew out the window. Hold up — Mon-El can fly?

So mon-el can fly? #Supergirl pic.twitter.com/Qw7OvTjaIA

Where is he flying her to?? #Supergirl

It should come as no surprise that Rhea ordered the hit. No one’s ever good enough for a mother’s son, are they? This set the stage for the moment fans have been waiting for: a face-off between the former Lois Lane and the reigning Supergirl, but Rhea had a secret weapon.

Wow. Teri Hatcher might be one of the best villains #Supergirl's ever had. @SupergirlRadio

Talk about a monster in law. #Supergirl

For a while it looked like Mon-El was going to step in to make all this go away. Rhea wanted him back on Daxam, so he’d go to his home planet and she would leave Kara alone. Some fans were happy to see him go.

YES TAKE HIM KEEP HIM #Supergirl

I still think the honorable thing would be for Mon-el to go rebuild Daxam without slavery. @TheCWSupergirl 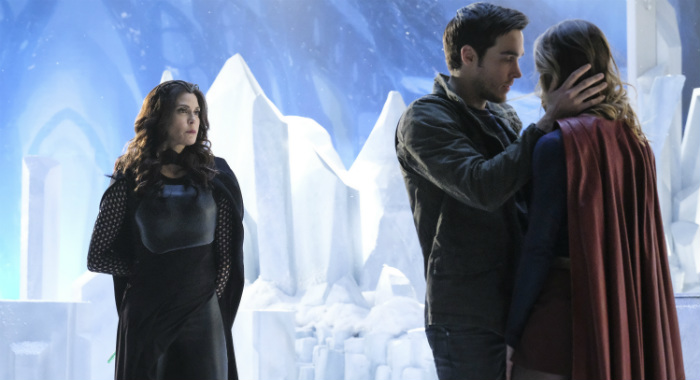 All of Mon-El’s lies, omissions of truth, and flat-out disrespecting of Kara’s wishes have really split the fans on him. But not everyone has jumped off the Karamel ship yet.

Mon-El cooks, reads Romeo & Juliet, a mixology "artist", and so in love with Kara. Can he be any more perfect? ?#Supergirl #Karamel

#Supergirl MY GOD IM GETTING TRIED OF EVERYBODY SAYING MON-EL IS BAD ISN'T IT ABOUT KARA'S HAPPINESS, NOT OURS.

Rhea vs. Kara round two ensured Mon-El would stay on Earth. The climactic battle took place on Rhea’s spaceship. It was awesome, even though it was scientifically inaccurate.

So are they going to collect the random guy that went flying into space?! #Supergirl #karamel

I'm no Neil degrasse Tyson but is this how space works? #Supergirl 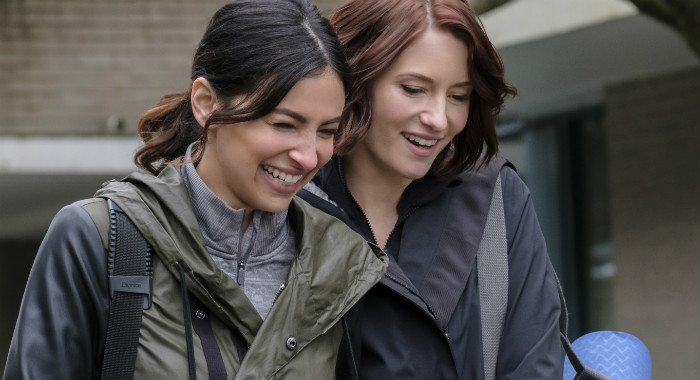 In other couple news, “Sanvers” seems stronger than ever. Alex was even willing to have dinner with Maggie’s ex, Emily (Hayley Sales). When Alex met Emily privately, Emily dropped the bombshell that her relationship ended when Maggie cheated on her.

Alex understood Maggie’s struggle. When Maggie’s parents didn’t accept her coming out, she stopped trusting people and may have sabotaged her relationship with Emily. But Alex was here to show Maggie that she can trust people. (And thanks to their mutual yoga love, Smith paid homage to his own film Yoga Hosers in the beginning of the episode).

Amazing @YogaHosers shout out in the first 5 mins of @TheCWSupergirl. I love the @ThatKevinSmith eps.

"Aren't you a little short for a stormtrooper?" Well that was perfect. #Supergirl 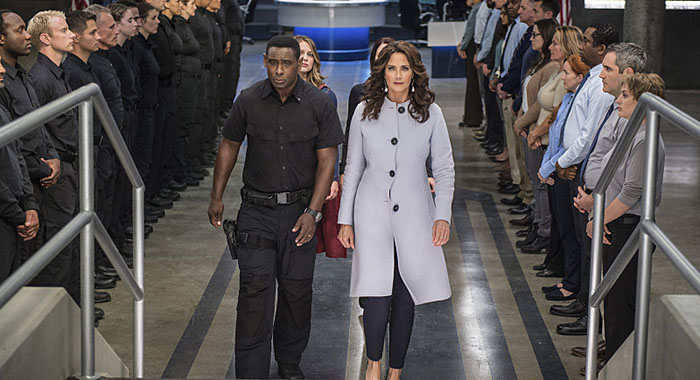 The twists didn’t stop until the final moments of the show. President Marsdin had been speaking with J’onn (David Harewood) via satellite, and when she signed off, she revealed her true form to the viewers.

Why is the president always actually an evil shapeshifter alien #supergirl

And finally, Lar Gand and Mon-El may have shared their last father/son moment. It wasn’t a great relationship, but Lar Gand ultimately stood by his son’s decision to stay on Earth. Rhea wasn’t having any of that, however.

Oh dayuuuuuum Mom is NOT here to play! @HatchingChange #Supergirl

Bruh I so knew she would kill her husband #Supergirl

SHE KILLED HIM WTF!!! He was supporting his son damn it. AND WE HAVE TO WAIT UNTIL APRIL 24 WHYYYYYYYYYYYYY #Supergirl

End of the episode of #Supergirl pic.twitter.com/5TSxlgXaJm

Supergirl returns April 24 on The CW.