The Freshest movie, TV, and streaming trailers from Super Bowl LV... including the official trailer for Falcon and the Winter Soldier, and new TV spots for M. Night Shyamalan's Old, F9, Coming 2 America, Clarice, and Nobody. 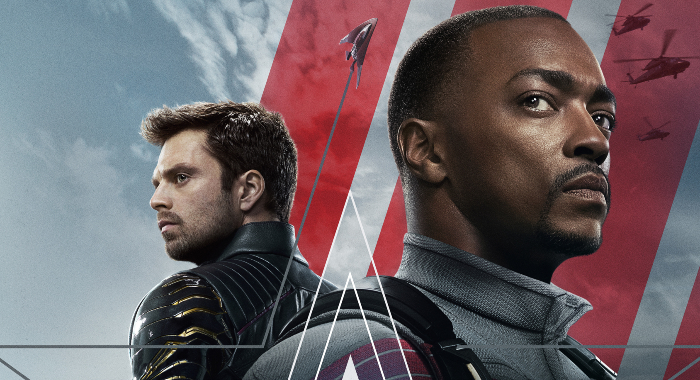 Super Bowl 2021 might have disappointed some football fans with its one-sided scoreline and countless penalties, but movie and TV fans were left fully satisfied by the time proceedings ended on Sunday evening. Particularly if you were desperately waiting for more footage of Disney+’s Marvel Studios series The Falcon and the Winter Soldier (the official trailer, teased during a TV spot, set the Internet on fire with plenty of Zemo action). But there was more than the MCU on offer, with Universal offering a first look at M. Night Shyamalan’s upcoming Old and a fresh look at F9, Amazon giving us special spot for Coming 2 America, and more. Check out all the fresh trailers, TV spots, and special looks below.

Akeem and Semmi are back in this 33-years-later sequel to the 1980s favorite, starring Eddie Murphy, Arsenio Hall, James Earl Jones, Shari Headley, and newcomers to the franchise Jermaine Fowler, Leslie Jones, and Tracy Morgan. The movie finds King Akeem (Murphy) traveling from Zamunda to New York to find an illegitimate son, bring him back to Africa, and groom him to be his heir – and possibly save Zamunda from a war-happy general from a neighboring land (Wesley Snipes). Coming 2 America is directed by Craig Brewer, who teamed up with Murphy and Snipes to Certified Fresh results on Netflix’s Dolemite Is My Name.

The Falcon and the Winter Soldier

Marvel fans got a treat early in the game with a short tease to a full online trailer (above) for Disney+’s upcoming The Falcon and the Winter Soldier, starring Anthony Mackie, Sebastian Stan, and – kicking a bunch of ass – Emily VanCamp as Sharon Carter. The trailer showcased tons of action, some trademark MCU humor (the staring contest had us chuckling), and perhaps most exciting of all, the return of Zemo (Daniel Brühl), who promises “I have no intention of leaving my work unfinished.”

The new CBS series Clarice finds us following FBI agent Clarice Starling (Rebecca Breeds) in her post-Hannibal Lecter career. And it will find the agent dealing with the aftermath of her experiences from the stories film fans will know. “One of the things I really love about Clarice is she’s succeeding in her workplace and as a young woman, and she’s having to sort out her mental health while she’s doing that,” showrunner and executive producer Elizabeth Klaviter told Rotten Tomatoes.

Night Shyamalan told Rotten Tomatoes that when his daughter gave him a copy of Pierre Oscar Levy and Frederik Peeters’ graphic novel Sandcastle, he read it and couldn’t stop thinking about it once he put it down. It stuck so much that he began to develop a film project inspired by the novel which would become Old, released by Universal this July. The Super Bowl gave us our first look at the mysterious film with a tense TV spot that showcased co-stars Gael García Bernal, Eliza Scanlen, Thomasin McKenzie, Alex Wolff, and more. The graphic novel focuses on a group of people who find themselves unable to leave a strange and secluded beach that – we soon discover – hides a terrifying secret: those gathered are ageing at a rapid pace.

Disney offered another look at its new animated epic, Raya and the Last Dragon, the first film from the animation giant set in Southeast Asia. The movie follows the journey of Raya (Kelly Marie Tran), as she endeavors to find the last dragon (Awkwafina) and fend off an evil that has returned to her land of Kumandra after centuries. Raya and the Last Dragon, like Mulan and Soul, will be available via Premiere Access on Disney+ for $29.99 (in the U.S.), but will also show in select theaters where they are open and safe.

In select theaters and available on Premiere Access for Disney+ from March 5, 2021.

“Give me the kitty cat bracelet!”: That’s the sound of Bob Odenkirk making a play for “mother-bleeping snakes on a mother-bleeping plane” iconic-line glory in the new trailer for Universal’s Nobody, a revenge thriller about a mild-mannered suburban dad whose inner ass-kicker is ignited after a break-in at his home. The movie has serious action-flick cred: it’s directed by Hardcore Henry‘s Ilya Naishuller and written by Derek Kolstad, who is one of the major brains behind the John Wick movies. The story itself sprung from an idea Odenkirk himself had following break-ins at his own home.

Yellowstone creator and writer of Hell or High Water Taylor Sheridan just signed a major new deal with ViacomCBS and MTV Entertainment group off the back of Yellowstone‘s success. No surprise then that the first big project announced as part of the deal is a prequel series to Yellowstone called Y: 1883, which according to a press release “follows the Dutton family as they embark on a journey west through the Great Plans toward the last bastion of untamed America.”

It’s been all quiet on the Fast front for some time, with the ninth film in the franchise delayed several times due to the COVID-19 pandemic. But today we got another look at F9, which sees director Justin Lin – who breathed new life into the Furious films directing the third, fourth, fifth, and sixth movies – returning for helming duties. The movie, which promises to “crank it all the way up,” features John Cena and Cardi-B, and sees Helen Mirren, Charlize Theron, and Sung Kang returning.