The short story adaptation is expected for fall 2020 on Epix. Plus, Lord of the Rings casts young Galadriel, new trailers for You season 2 and sequel film To All The Boys: P.S. I Still Love You, and more of the week's top news.

Another Stephen King adaptation, Amazon’s Lord of the Rings series casts its Galadriel, trouble brewing at American Gods production company, a bevy of new trailers, and more of the week’s top news. 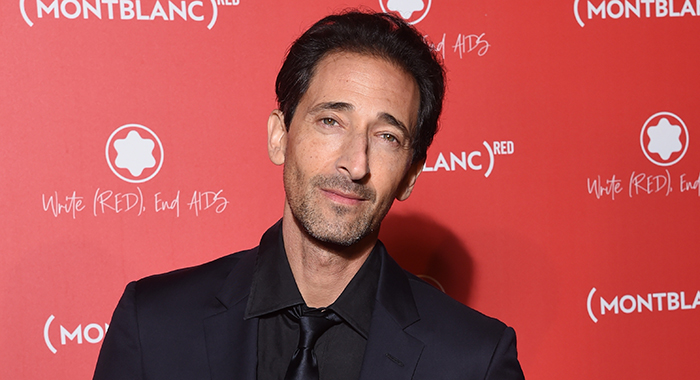 Thanks, Epix, for ending our TV-lovin’ year with this gift: a 10-episode series based on the 1978 Stephen King short story Jerusalem’s Lot.

Oscar winner Adrien Brody will star in the terrifying drama, playing Captain Charles Boone, who moves his three children to his family home in the quiet little town of Preacher’s Corner, Maine, after his wife dies at sea. (Did we mention the story is set in the 1850s?)

But while it might seem like a smart decision to put down roots in this village, Boone soon is forced to confront dark secrets in his family’s history, and battle the demons that have proven to be deadly for generations.

The series, produced by Donald De Line (Ready Player One, Wayward Pines) with Jason and Peter Filardi (Salem’s Lot) as writers and showrunners, will begin production in May in Halifax, Nova Scotia, with a fall 2020 premiere date planned.

“This series is an intense, absolutely terrifying reimagining of classic gothic horror,” Epix president Michael Wright said. “We can’t wait to work with the exceptional team of Donald De Line and Jason and Peter Filardi, along with our phenomenal lead actor, Adrien Brody…and of course, when it comes to horror, it doesn’t get any better or more masterful than Stephen King.”

NEW TRAILERS: Kevin Hart’s Wife Talks About His Infidelity During Her Pregnancy in New Docuseries 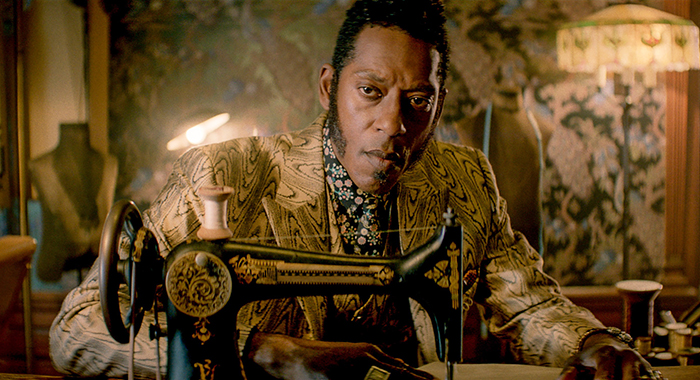 Orlando Jones tells Deadline he is considering pursuing legal action against the Starz network, for what he calls his firing from the drama American Gods. Jones played god Anansi for two seasons on the fantasy series, and was a writer and producer on the series for one season. SAG-AFTRA will reportedly expand its probe into Freemantle Media over the firing of Gabrielle Union on America’s Got Talent to include treatment of Jones on the production company’s American Gods, the actors union said in a statement.

“After initial meetings with Gabrielle Union and her representatives about her experiences on America’s Got Talent, and after learning more about Orlando Jones’s experience on American Gods, SAG-AFTRA is expanding its investigation of Fremantle Media,” the statement reads. “Our enforcement actions are handled confidentially to protect the members involved, and we typically do not publicize these matters unless the affected members request that we do so. We have nothing further to report at this time.” 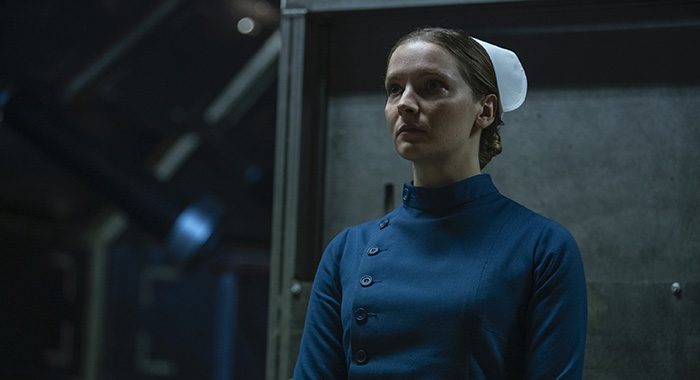 Uzo Aduba and Zackary Momoh have joined the cast of HBO Max’s upcoming limited series Americanah. Orange Is the New Black alum Aduba will play the aunt of star Lupita Nyong’o’s Ifemelu, while Momoh will play Obinze, a classmate of Ifemelu’s, who falls in love with her. The 10-episode series is an adaptation of Chimamanda Ngozi Adichie’s bestselling 2013 novel.

John Laroquette has joined the cast of The Good Fight for its upcoming fourth season. The Night Court and Boston Legal alum will play an attorney named Gavin Firth, described by CBS All Access as “warm, generous, sophisticated, and potentially deadly.” (EW)

Empire showrunner Brett Mahoney told The Wrap that it has yet to be decided whether or not Jussie Smollet will return to the Fox drama before its series finale next spring. 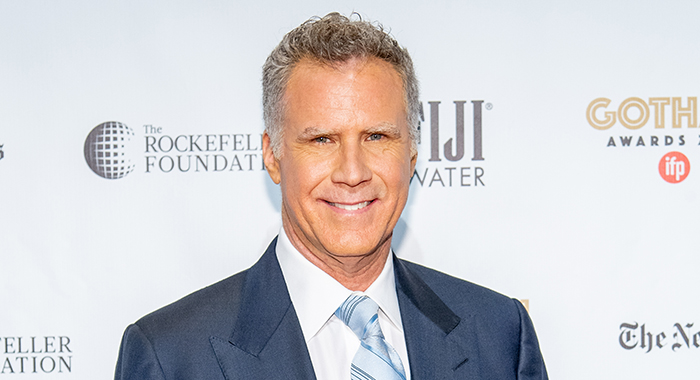 (Photo by Photo by Roy Rochlin/WireImage)

Will Ferrell will star in and produce a Netflix movie version of the documentary The Legend of Cocaine Island, about a small business owner who plots a mission to dig up a stash of $2 million worth of cocaine that was allegedly hidden in the Caribbean. The doc, which debuted on Netflix earlier this year, finds the inept man failing, throughout a sometimes nonetheless entertaining adventure.

Looking for Leia, a seven-episode docuseries about female Star Wars fans, will debut on Syfy on Dec. 21 (11 p.m. ET). Each 10-15-minute installment will be available thereafter on Syfy.com, YouTube, and NBC’s OneApp.

The Bachelor meets a Hallmark Christmas movie? Next year, HBO Max will debut 12 Dates of Christmas, a dating series set in a “stunning winter wonderland.” A Christmas castle, ice skating, and sleigh rides are all part of the fun as singles step into a “real-life romantic comedy” and try to make a love connection with someone they’ll take home for the holidays.

Discovery has greenlit Revenge of the Nerd, a prank series from producer Jimmy Kimmel. The show features YouTube star Mark Rober – he of the viral glitter bomb video that showed off his clever punishment for package thieves– as he and his cohorts pull pranks on troublemakers to get revenge for their mischief-making.

The aftershow trend continues: when Gold Rush returns on Discovery Channel on Jan. 23, it will be followed by the aftershow The Dirt.

The first batch of shows that will be featured at PaleyFest LA 2020 include Schitt’s Creek, Outlander, Modern Family, and Dolly Parton’s Netflix anthology series Heartstrings. The complete lineup for the March 13-22 festival will be announced on Jan. 14. 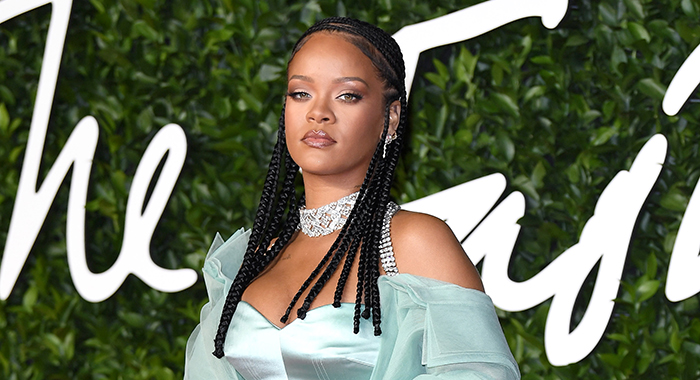 (Photo by Photo by Karwai Tang/WireImage)

THR reports Amazon paid $25 million for the rights to stream the Peter Berg-directed documentary on Rihanna. Berg had “unparalleled” access to the pop star’s personal and professional life, and has more than 1,200 hours of footage from which to create the film. The duo previously worked together on the 2012 Berg-directed movie Battleship, in which the pop star had a starring role.

Orlando Bloom, who stars in Carnival Row at Amazon, has signed a first-look deal with the streaming service to create and develop new TV shows and movies for Prime Video.

Burn Notice creator Matt Nix will write and executive produce an adaptation of the 1989 Tom Hanks comedy Turner & Hooch for Disney+. The movie, currently streaming on Disney+, is the story of neat freak cop Scott Turner, whose world gets messy when he’s paired with a new partner: a slobbering pooch named Hooch.

Bill Prady, co-creator of The Big Bang Theory, will re-team with TBBT recurring guest star Mike Massimino to develop an NBC comedy based on Massimino’s real life as a former NASA astronaut and a single dad.

Quibi is developing a reboot of the 1993-95 Nickelodeon kids game show Legends of the Hidden Temple … for adults. And instead of Olmec, the Moat Crossing challenge and the Temple Run being set on a set, the adult series will take place in a jungle, with bigger games and bigger prizes. Quibi will launch on April 6.

Rapper and actor 50 Cent will produce a new Quibi animated series based on the Trill League indie comics. Anthony Piper, who launched his comics via a Kickstarter campaign, is a co-creator and writer on the Quibi series, about a group of black superheroes. The series spoofs many characters from the more mainstream DC Comics.

Ben Stiller and Ali Larter are producing – and Larter is starring in – a Fox comedy called The Sidelines, about a 40-year-old newly-separated mom who pursues her dream of becoming a cheerleader for a professional football team. A consulting producer on the series is Laura Vikmanis, who wrote a book called It’s Not About the Pom-Poms, about her experience as the oldest NFL cheerleader when she became a member of the Cincinnati Bengals’ squad in 2009.

Hulu is developing a 2020 documentary called Greta, about teenage climate activist and Time Person of the Year Greta Thunberg.

Apple TV+ has given a series order to a five-part docuseries called Visible: Out on Television, which will investigate “the importance of TV as an intimate medium that has shaped the American conscience, and how the LGBTQ movement has shaped television.” Actors Wanda Sykes and Wilson Cruz are among the producers on the series, which will debut on Feb. 14.