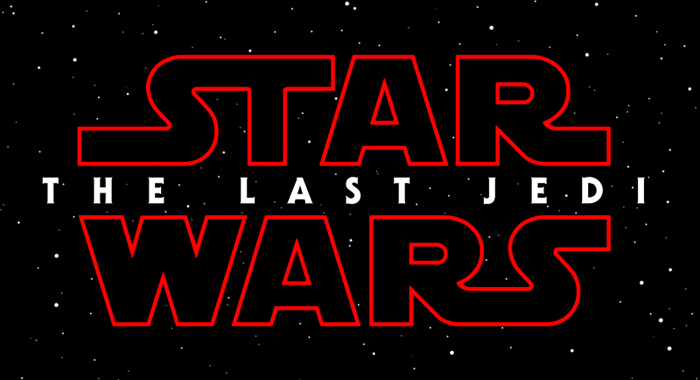 There are only a few more days left until Star Wars: The Last Jedi arrives in theaters, but today the first reviews of the movie were posted online. What are the critics saying about the eighth episode of the “Skywalker Saga”? Is this truly one of the best Star Wars installments yet? Could The Last Jedi secure a higher Rotten Tomatoes score than The Empire Strikes Back (94%)? Are the Porgs really all that?

Here are some select quotes from the earliest reviews published:

How does The Last Jedi rank among the Star Wars movies?

The best Star Wars film since The Empire Strikes Back, and is awful close to being its equal.
– Josh Spiegel, Slashfilm

The most satisfying entry in this bumpy franchise since The Empire Strikes Back.
– Eric Kohn, IndieWire

Like many before it, The Last Jedi has already been hailed as the best Star Wars movie since The Empire Strikes Back, and while that’s true, it’s too faint a compliment.
– Sam Adams, Slate

From a design point of view, this newest film is the slickest and most gorgeous in the entire series.
– Jordan Hoffman, Times of Israel

What does the movie do best?

[Rian] Johnson’s script does a better job than most sequels of giving the audience both what it wants and what it didn’t know it wanted.
– Matt Zoller Seitz, RogerEbert.com

One of the strongest aspects of The Last Jedi is its writing. [Johnson] shakes the foundations of the force and puts everything we think we know to the test.
– Kai Charles and Valerie Complex, Black Girl Nerds

Nostalgia can only get you so far. The real success of The Last Jedi lies not in the affection it clearly holds for George Lucas’ original trilogy, but the way it manages to move the story forward.
– Hannah Woodhead, Little White Lies

The Last Jedi really does feel like one person’s vision of what a Star Wars movie should be. It doesn’t tick off the corporate studio boxes that are surefire, go to “crowd pleasers” (even though there are many crowd-pleasing moments).
– Mike Ryan, Uproxx

The Last Jedi is exploding with moments that will have fans cheering and squeeing.
– Kristy Puchko, CBR 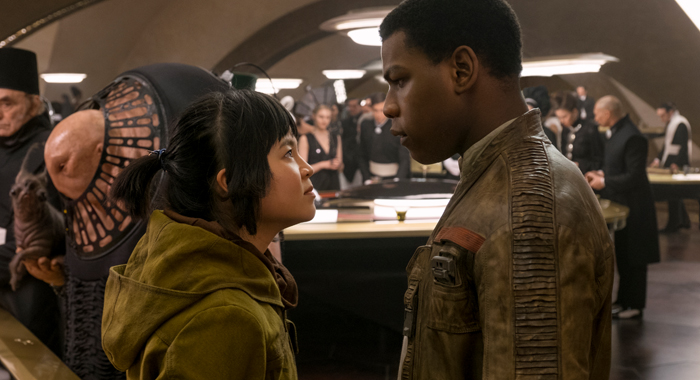 What are some of the most memorable moments?

One especially gratifying showdown arrives late in the final act, with a “come at me” bro gesture for the ages.
– Eric Kohn, IndieWire

The best details are in the strong bonds that develop between characters, and the way those bonds show who each individual really is.
– Alissa Wilkinson, Vox

I have to say this, and maybe everyone won’t notice it, but this film is full of women! I teared up every time I saw another female pilot or a female officer of the First Order, or a female Rebellion leader. They are everywhere, much like the actual world. I hate that this is shocking, but it is.
– Jenna Busch, Legion of Leia

We get to see Laura Dern do something really cool in a huge space movie, creating perhaps one of the most indelible Star Wars images of all time in the process…that alone is enough to make The Last Jedi a classic.
– Richard Lawson, Vanity Fair

When the feelings come in The Last Jedi, and they do come, they’re deep and they’re real. Go ahead and try to watch the penultimate scene without crying, or pretending not to.
– Ann Hornaday, Washington Post

There’s a single moment where Johnson knows he has you in the palm of his hand. As it plays out, the sound drops out. Gone are the sound effects of lasers and tearing metal. Gone is the cry of our beloved characters. Gone is John Williams’ booming score. It’s silence on screen, and all you’ll hear are the gasps and whimpers of the audience around you, awed by the majesty before them.
– Kristy Puchko, CBR

The Last Jedi opens with one of the funniest bits I’ve ever seen in a Star Wars film and then mostly keeps that lightness of spirit throughout.
– Bilge Ebiri, Village Voice

The Last Jedi is the first Star Wars movie to be influenced by Spaceballs.
– Sam Adams, Slate

This is arguably the Star Wars movie with the most humor in the series… And some of the humor is downright dark.
– Scott Chitwood, ComingSoon.net

This is the first Star Wars movie to make a joke at the expense of someone’s mother.
– Matt Goldberg, Collider 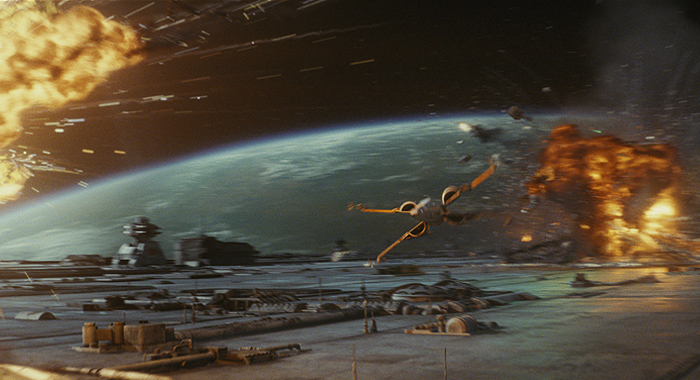 The opening space battle featuring Poe and BB-8 in their X-wing is one of the best dogfights in the series.
– Scott Chitwood, ComingSoon.net

The architecture of the action sequences is something to behold. A self-enclosed setpiece in the opening space battle is more emotionally powerful than any action sequence in any blockbuster this year, save the “No Man’s Land” sequence of Wonder Woman, and it’s centered on a character we just met.
– Matt Zoller Seitz, RogerEbert.com

[Features] one of the coolest lightsaber fights in the series’ 40 years.
– Matt Singer, ScreenCrush

[It has] one of the most shocking, unpredictable and drop-dead awesome scenes in all of Star Wars.
– Jordan Hoffman, Times of Israel

There is one battle in particular, well, two, actually, that will have you talking all night about things going far from where you expect them to.
– Jenna Busch, Legion of Leia

How is Carrie Fisher’s Final Performance?

She is luminous here. Every time she’s on screen, it’s impossible to look away, and she is as tough, loving, and wily as we would ever want our Leia to be.
– Kaila Hale-Stern, The Mary Sue

She gives a spirited final performance, flinty as ever, getting a particularly great one-liner toward the end that’s perhaps more in character with Carrie than it is with Leia — but who the hell cares. She more than earned it.
– Richard Lawson, Vanity Fair

[Her] entire performance is overshadowed by the actress’s premature death (she should be a figure of empowering female leadership, not tragedy).
– Peter Debruge, Variety 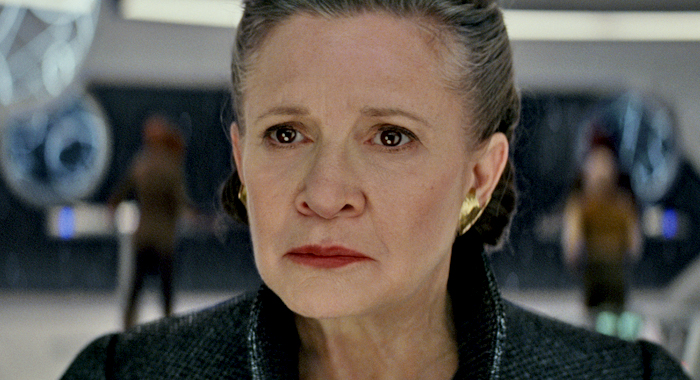 This is Mark Hamill’s best performance as Luke Skywalker, bar none…It’s a brave performance, and I give Mark Hamill the highest marks for what he’s done.
– Alan Cerny, ComingSoon.net

[Adam Driver’s] is one of the movie’s most challenging and effective performances… It’s gratifying to see such a gifted actor in the part.
– Peter Debruge, Variety

Do the Porgs deliver?

[They] make a good argument for the strategic use of top-notch special effects. They are — sorry, Return of the Jedi loyalists — the anti-Ewoks, in a good way.
– Sara Stewart, New York Post

[They] get grown-up laughs. They’re not nearly as distracting as the Ewoks!
– Mara Reinstein, Us Weekly

These dopey half-puffins, half-corgis don’t really add much to the story, but are hilarious in ways that previous would-be comic relief critters often aren’t.
– Jordan Hoffman, Times of Israel

How is Rian Johnson’s directing?

This series has never had a director as good with actors as Johnson.
– Matt Singer, ScreenCrush

He has more visual style: He shoots space battles with a mixture of freewheeling fluidity and hushed grandeur, and lightsaber battles with both hothouse fervor and graphical mischief; one big fight is filmed against a background so deliriously red you might wonder if you’ve accidentally stepped into an MGM musical or a Michael Powell fever dream.
– Bilge Ebiri, Village Voice

Johnson’s ability to deliver a fresh and engaging riff on this beast of an enterprise suggests that not every free-spirited storyteller can be corrupted by Hollywood’s dark side, and some may even give it a new hope.
– Eric Kohn, IndieWire 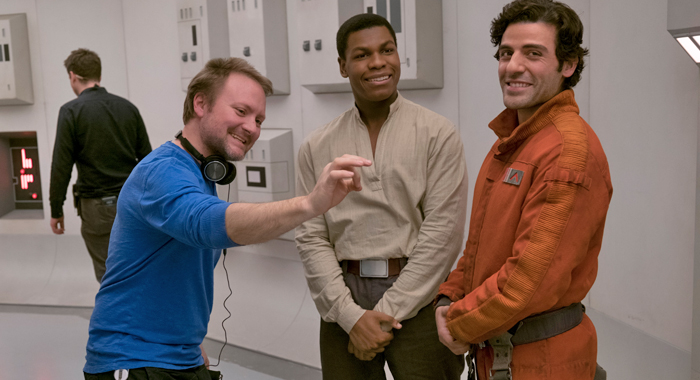 Is the movie too long?

You feel it in final act of the film where, despite some amazing moments, you can’t shake the feeling that The Last Jedi is probably a bit too long even if it’s difficult to know what to cut.
– Matt Goldberg, Collider

The Last Jedi is a whopping two hours and thirty minutes long, and at times, yes, you feel it. But in that good way, the way you do when spending time with friends that you care about.
– Alan Cerny, ComingSoon.net

Any real problems in The Last Jedi stem from the fact that there’s just so much going on that it’s hard to stay invested in every subplot.
– Kaila Hale-Stern, The Mary Sue

The entire side story at the casino world of Canto Bight was unnecessary.
– Scott Chitwood, ComingSoon.net

If there’s a bum note here, it’s the introduction of Rose: it’s certainly praiseworthy for the Skywalker saga to include such a prominent Asian character, but she’s shamelessly a fan avatar.
– Alonso Duralde, The Wrap

Johnson’s dialogue is flat and sounds stilted in the mouths of his younger actors, while their comic delivery can be so offhand that it dismisses the jokes.
– Kate Taylor, Globe and Mail

Though the series has always been self-aware enough to crack jokes, it now gives in to the same winking self-parody that is poisoning other franchises of late, from the Marvel movies to Pirates of the Caribbean.
– Peter Debruge, Variety

Star Wars: The Last Jedi opens everywhere on Friday, December 15. Read all the reviews for it here.