Josh Holloway is making his feature film leading debut in this year’s thriller "Whisper," a supernatural thriller about a child’s kidnapping with Satanic undertones. With such an iconic character in "Lost"’s Sawyer, he saw the role as a change of pace, but still in terms of "Lost"’s huge ensemble.

"Actually, I chose that role because it was opposite," said Holloway. "It was more of a Jack type of role. The character I play in that is, yeah, he’s a bad person, but kind of the same story, with a good heart. But it’s a straightforward premise from which that character comes, more like Jack. And I thought that would be interesting, for me to play a more heroic character but still a little off. So that’s why I chose that."

Should the film take off, Holloway has no aspirations to have a dual career. Making "Whisper" in his time off proved too difficult. "That’s tough. That’s hard. I compare it to burning through the atmosphere. In order to break through the movie thing, you’ve got to burn through that atmosphere and it’s hard. You’ve got to work all year at this pace that Lost is a fierce pace and you’re constantly doing something. And then you get that little break and you’re really trying to do even better. The pressure’s high." 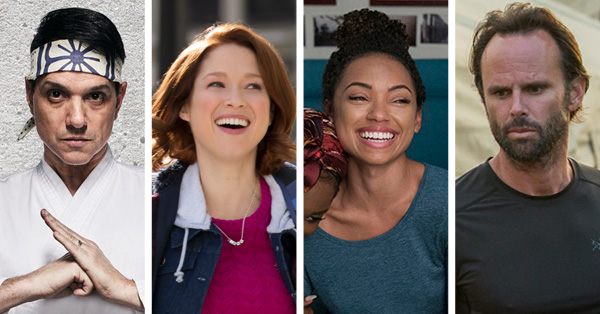