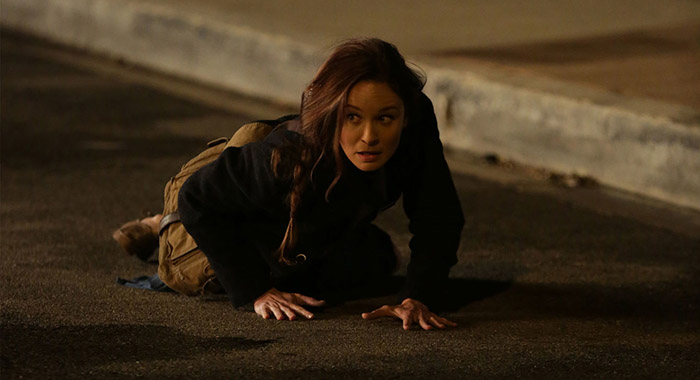 Prison Break offered one every week about how Michael Scofield would get out of his latest jam. The Walking Dead asked who would live or die every week (her character Lori wasn’t one of them — until she was).

Colony left occupied Los Angeles in a fragile state last season. Will (Josh Holloway) is off to Santa Monica looking for his son. He knows Katie (Callies) worked with the resistance, and she returns to an empty house, with cameras watching her.

Fred Topel for Rotten Tomatoes: Has it been exciting to open up the world of Colony in season 2?

Sarah Wayne Callies: It’s been amazing, actually. I don’t actually think I’ve ever been a part of a show or even necessarily seen one that’s gotten so much stronger from season 1 to 2. Usually season 1, you’ve got all these great ideas, and in season 2, you just spend your whole time setting up season 3. It’s been incredible. This year we’ve gone outside of the L.A. colony. We’ve gone outside of L.A. block. I think there’s a much larger sense of the context that these people are living in that you get through the course of the second season.

RT: Katie saw a dead alien in the season finale. Does that change her point of view on them?

Callies: It’s difficult to change somebody’s point of view when you’re dead. I think it’s possible that there are things that happen in the course of the second season that encourage Katie to re-examine her assumptions about who the Raps are. I’m very impressed with the way that Ryan [Condal] and Carlton [Cuse] have created a world where even the aliens are not black-and-white good guys and bad guys. This whole thing is about the slippery slope of making a decision that feels ethical at the time and the fallout of doing things with the best intentions.

In the second season, we start to see hints that possibly that might exist in the alien community as well as the human community. All of a sudden, now there’s a possibility that we’re dealing with people who live in an ethical and moral universe the same way we do. 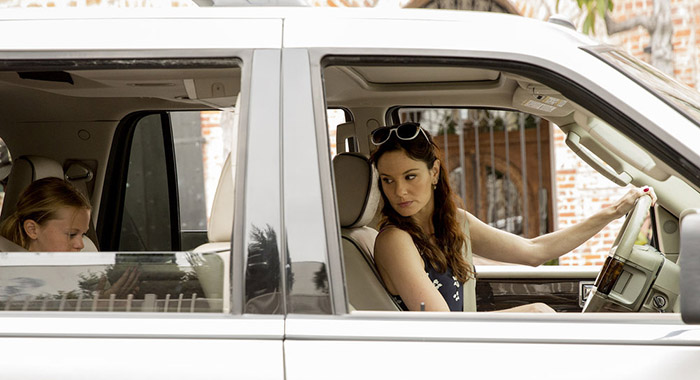 RT: Does Katie have any time for PTSD? Because she’s been through war essentially, and seen friends die.

Callies: I’ve always thought that however long this invasion goes on, the most interesting season of Colony — if we’re lucky enough to still be on the air — will be the season of Colony once we finally defeat the Raps. It’s one thing to make a bunch of decisions under duress. It’s another one to look yourself in the mirror when that duress is over. Katie doesn’t have a moment for that kind of reflection in the second season. 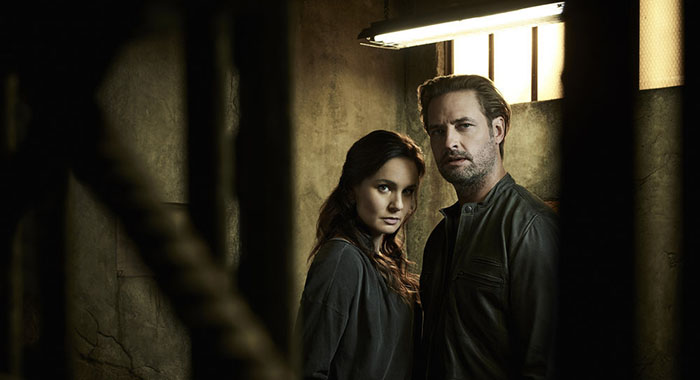 Callies: Oh, I love that bar so much. Yes, we will see Katie in The Yonk. We will see a few people in The Yonk. The Yonk is my favorite set piece ever. I remember turning to Josh halfway through the first season and going, “Are Will and Katie alcoholics?” We spend an inordinate amount of time conversing over a cold beer or a glass of bourbon.

We start with a flashback, and we get a sense of what The Yonk was before and who Katie was before, and Will and Broussard and all of these people who we’ve only ever seen in crisis. You get a chance to get a glimpse of them before. It’s also really smart because it means that if somebody hasn’t seen the first season, they don’t need to. It would be great, I’m proud of it, but the first episode will fill you in on everything you need.

It was exciting as an actor to look at Josh and go, “OK, so what was our marriage like before it became a matter of survival?” We discovered some things about relationships that we didn’t know had pre-existed things. That drives straight through until episode four, and episode four is really amazing. 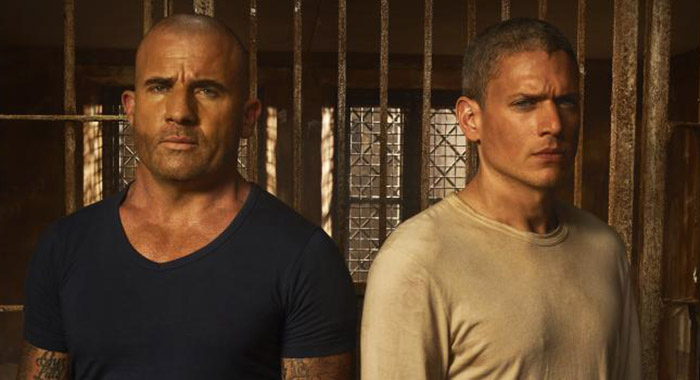 RT: After doing very physical shows like The Walking Dead and Colony, did you feel even stronger coming back for Prison Break?

Callies: I tend to have built myself a career where two or three days a week, my workout is just going to the office and running around and stuff. I love that kind of work. I love it partly because it obviates the need for acting. There’s certain kinds of physical work that just are what they are, and you don’t need to add anything to it. You just need to get through it.

With Colony this year, it was the gun training. Katie finds herself in the position of handling some larger firearms than I ever have before. Running around with those things gave me a new sense of admiration for the sheer physical strength that’s required from our armed forces, in the desert all day with a backpack on.

I don’t know if that necessarily prepared me for Prison Break. My role on that show tends to be more head and heart centered than physical. When ass needs to be kicked, we tend to call Dominic [Purcell] for that kind of thing. Or any number of the strapping men around. We’ve got Amaury [Nolasco], we’ve got Rockmond [Dunbar], we’ve got all those guys. Prison Break was certainly an interesting thing to return to, that’s for sure.

RT: What is Sara Tancredi like as a mother?

Callies: Seven years have passed since we saw her at all, and I don’t think those four seasons of Prison Break took more than 18 months, maybe two years. So she’s changed profoundly the way any one of us does over the course of seven years.

I think you’re right, that biggest change is motherhood, which she’s chosen to define herself as a mother and chosen to articulate her love for her dead husband by raising his son in the way that she believes he would have wanted. I don’t know that it’s changed her values, in that she was always someone who believed in compassion and the human capacity for redemption and healing. But she’s now applying those things to a new life as opposed to rehabilitating people who’ve gotten broken along the way.

RT: Does Prison Break feel like the same show you were on years ago?

Callies: The interesting thing about Prison Break was it never felt like the same show two years in a row. It reinvented itself in a way that I think was probably one of its strengths.

Season 5 is just as different in that it’s this sprawling Greek-inspired epic that starts in upstate New York and takes us to the Middle East. Thankfully it didn’t feel like Prison Break is this worn pair of shoes that we just have to step into and keep walking. Because it’s a show that’s different every season, it felt like there was a lot of freedom to reinvent it because that’s what we always did.

RT: Were there scenes you’d been waiting to do with Wentworth Miller all these years?

Callies: I wasn’t waiting to do them all these years, because I had put Prison Break to bed. I don’t think any of us ever thought that we’d be back doing it again. The only thing I was interested in was making that reunion as honest as possible.

I know what it’s like to look into somebody’s eyes and go, “Yeah, I know, I’m older. I’ve got kids now. Maybe that makes me less interesting or less sexy or any number of things.” But also, knowing in my own head and my own heart I am a smarter, more compassionate, interesting, creative person than I was, “Maybe you’ll give me a chance to see that.”

Colony returns Thursday, January 12 at 10 p.m. on USA; Fox is expected to announce the date for Prison Break soon