San Diego Comic-Con Preview: When and Where to See Your Favorite Films and TV Shows

Get your first look at Jodie Whittaker as Doctor Who, be in the room for the Aquaman trailer drop, and more.

Comic-Con International: San Diego 2018 is less than a month away and, as happens every year, the studios have begun to announce some of their plans for the biggest nerd gathering on the calendar. Going into July, the big news was the lack of certain perennial favorites. Marvel Studios announced it will not be doing its yearly film preview – though it will still have some sort of presence to celebrate its 10th anniversary – while HBO announced it will not be bringing the casts of Game of Thrones or Westworld to the show. The latter is certainly understandable as both shows will not return until 2019, while Marvel’s decision just adds to its mystique.

Nonetheless, Comic-Con will still host plenty of other film and television presentations from July 19 to July 22. Here is a sample of the things you might see at Comic-Con. Even if you do not make it to the show, some of programs will no doubt release trailers or clips soon after their appearance at the show. 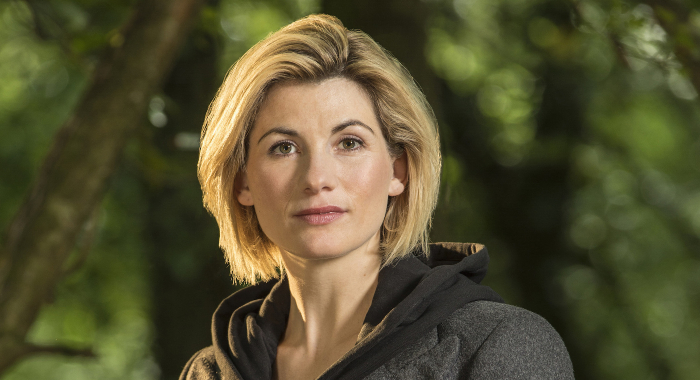 While the new season of Doctor Who is still three or four months in the future, Comic-Con will host new star Jodie Whittaker’s first convention appearance. It will take place during the annual Doctor Who Hall H panel. In previous years, former star Peter Capaldi and former executive producer Steven Moffat brought clips, trailers, and other surprises to the presentation. Presumably, Whittaker, co-stars Tosin Cole and Mandip Gill, and new executive producer Chris Chibnall will do the same. Of key importance will be a trailer for the upcoming season and the first real glimpse of what Whittaker’s Doctor will be like. Considering BBC American’s track record, the trailer will be available on their YouTube channel before the panel ends. The Doctor Who panel is at 11:45am on Thursday July 19.

Marvel Studios may be sitting out Comic-Con this year, but related film and TV properties will be on hand to drum up the support of fans. On Friday, July 20 at 6:15pm, Sony will offer fans in attendance another look at its upcoming Venom. It is unclear if star Tom Hardy will appear to offer a few words, but the session will also offer a look at the upcoming Sony animated project, Spider-Man: Into the Spider-Verse.

Marvel TV will offer a new look at the upcoming season of Iron Fist. Executive producer and Marvel TV boss Jeph Loeb will be on hand with “surprise guests” and, hopefully, a trailer to prove the show and Danny Rand (Finn Jones) are worth another look. The festivities take place in Ballroom 20 on Thursday, July 19th at 6pm.

Finally, Legion will invade Hall H on Sunday, July 22 at 2:15pm. Loeb will joined by producer John Cameron, co-executive producer Nathaniel Halpern, and members of the cast to discuss what is in store for Season 3. But considering Legion, it could just be an hour-long dance off.

As has become tradition, the superheroes of the CW will appear on Saturday, July 21 throughout the day for a series of panels featuring cast and crew Q&As and, potentially, sizzle reels of their upcoming seasons. These are definitely more fan-focused events with much of the time spent answering questions from the assembled audience. Nonetheless, they can be quite fun. The cast and crew of Krypton will also appear at a panel all their own as it celebrates its second season renewal.

If you hope to catch them all, it begins with Black Lighting at 11am, followed by Supergirl at 3:30pm, Arrow at 4:15pm, DC’s Legends of Tomorrow at 5pm, and The Flash at 5:45pm. All of these panels will occur in Ballroom 20, while Krypton’s 12pm presentation will take place in the Indigo Ballroom at the Hilton Bayfront Hotel.

Hall H, the largest event space at the San Diego Convention Center, plays host to film preview sessions and the biggest events at the Convention. This year, in a show of how important the series is becoming, Riverdale will stage its cast and crew Q&A in that most important of halls. Reportedly, there will be a video presentation and plenty of time for the cast and crew to take questions from the floor. But Riverdale is not the first CW show to need Hall H’s large audience capacity. As is tradition, the stars of Supernatural will entertain their fans on the morning of Sunday, July 22nd. The two shows are scheduled back-to-back with Supernatural beginning at 10:30am and Riverdale following at 11:45am.

While already on the air, Cloak & Dagger will make its proper Comic-Con debut on Friday July 20 at 5:45pm in Ballroom 20. The cast and crew will turn up to celebrate its first successful season and, most likely, evade questions about year two.

Syfy will preview Deadly Class on Saturday evening with stars Mick Betancourt, Benjamin Wadsworth, Lana Condor, Maria Gabriela De Faria, Benedict Wong, Wes Craig, and creators Rick Remender and Miles Orion Feldsott offering a taste of what the network hopes will be the next breakout comics-to-television hit. Hopefully, any new previews shown at the panel will appear on Syfy’s YouTube page quickly. But if you are in San Diego, the panel starts at 6pm in the Indigo Ballroom.

Syfy’s other comic book TV hit, Wynonna Earp, returns to Comic-Con the same day at 6:45pm in Room 6DE for what will not doubt be a lively and possibly tear-jerking hour. Traditionally, the show has announced its subsequent season renewal at Comic-Con and fans are already hoping they will learn about the potential season four during the panel. But as the show’s third season debuts just one day earlier, the announcement seems less likely. Nonetheless, it will give the panel a certain energy either way.

The Walking Dead returns to Hall H on Friday July 20 for an hour of fan Q&A starting at 12:15pm. A new trailer usually debuts during the panel, so get keep an eye out for that if you cannot make it to the show. If you are in the audience, marvel at how cast and producers evade answering questions about cast departures or plot developments. It is almost as exciting as the show itself. Fear The Walking Dead precedes The Walking Dead panel at 11:15am in Hall H the same day.

Rotten Tomatoes will be back at Comic-Con this year with our live show, Your Opinion Sucks. The event features some of America’s most well-loved (and well-loathed) critics facing off with fans over some of the biggest – and most divisive – TV shows and movies around. You could be one of those fans – all you need to do is show up at the Hard Rock Hotel on Thursday, Friday, and Saturday at 4:30pm to take part in the live show. If past years are anything to go by, you can expect some surprise celebrity guests. Check out full details here. 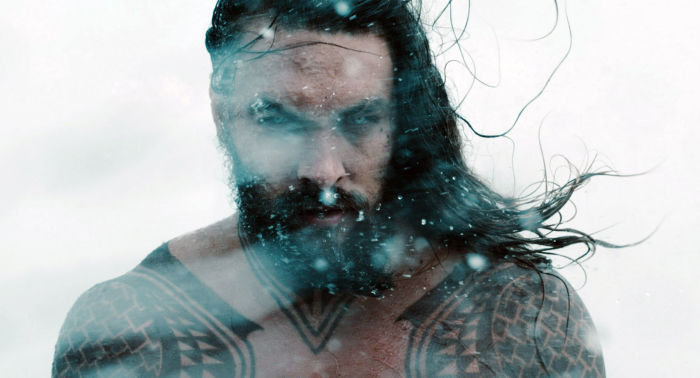 With Marvel Studio’s taking the year off, the yearly Warner Bros. Pictures presentation in Hall H will be DC Entertainment’s moment to shine. In previous years, Warner’s presentation took place a few hours before Marvel’s evening spotlight, so the impact of say, the Justice League trailer was often dulled by descriptions of Avengers: Infinity War footage. This year, Warner Bros. and DC appear to have the convention entirely to themselves. Aquaman director James Wan has already announced the first trailer for his December release will debut during the event, and you can bet early footage of both Shazam! and Wonder Woman 1984 will appear alongside it. Ever since footage from Batman v Superman: Dawn of Justice leaked out of Hall H a few years ago, Warner Bros. has been good about putting the footage onto their social media streams fairly quickly. At the very least, expect to see that Aquaman trailer by early afternoon on Saturday July 21, with clips from the other two films hopefully following on its heels.

Of course, it is always possible Marvel Studios may turn around and drop a Captain Marvel trailer or reveal the name of the fourth Avengers film during the convention, but at the moment, the DC Entertainment presentation will be one of the most important parts of the weekend.

And More From Warner Bros.

Besides the heroes of the DC Universe, Warner Bros. also uses its two-hour Hall H block to preview other upcoming releases. And it seems its upcoming Godzilla: King of the Monsters will also debut new material and, perhaps, further insight into the MonsterVerse it is developing with Legendary Pictures. You can also probably expect looks at August 10’s The Meg and October 19’s Mowgli.