Ryan Gosling and Margot Robbie May Reunite for a New Ocean's Heist, and More Movie News

Ferris Bueller's Day Off gets a spin-off, Saw 10 gets a release date, The Wizard of Oz gets a remake, and new projects for Ariana DeBose, Robert De Niro, and Chad Stahelski.

This week’s Ketchup brings you more headlines from the world of film development news, covering such titles as Saw 10, a Ferris Bueller spin-off, a new Wizard of Oz, and more. 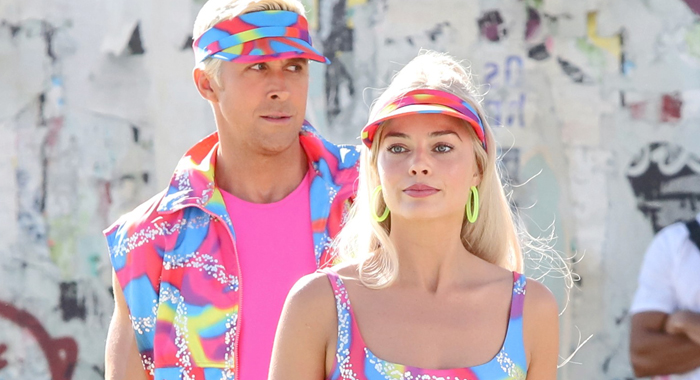 Whatever plastic toy-inspired chemistry Margot Robbie and Ryan Gosling have costarring together in next year’s Barbie (7/21/2023) has apparently inspired them (and Warner Bros.) to repeat the formula. Gosling is in talks to join Robbie in the next film in Warner Bros.’ Ocean’s Eleven gambling heist crime comedy series. Not much is known about the premise, except that it will be set in Europe during the Swinging ‘60s, and will be directed by Jay Roach, who gave us all three of the Austin Powers movies.

1. FERRIS BUELLER’S DAY OFF CHARACTERS TO GET THEIR OWN SPIN-OFF

Besides some movies he wrote but didn’t direct (Home Alone, National Lampoon’s Vacation) most of the beloved John Hughes 1980s movies have been left free for decades from sequels, remakes, etc. Paramount Pictures is now testing those waters by developing a spin-off of the 1986 hit Ferris Bueller’s Day Off (Certified Fresh at 81% ). Titled Sam & Victor’s Day Off, the spin-off will focus on what the two wacky valets did for the day with Cameron Frye’s dad’s 1958 Ferrari GT California. Whatever it was, you can trust them, they’re professionals.

2. WARNER BROS. TO REIMAGINE CLASSIC THE WIZARD OF OZ

Two of Universal Pictures’ most ambitious projects right now are the two halves of Wicked, based on the hit Broadway musical, which is itself based upon the book inspired by the characters of L. Frank Baum’s OZ children’s books. Baum’s earliest books are now in the public domain, but Warner Bros. retains the rights to the classic 1939 film The Wizard of Oz (Certified Fresh at 98%). And so, Warner Bros. is now developing a modern reimagining of The Wizard of Oz, hiring Black-ish creator Kenya Barris to write, direct, and produce through his Khalabo Ink Society production company. Warner Bros. had formerly been developing an animated musical about Toto, Dorothy’s dog.

One of the 2021 films that found box office success despite the ongoing pandemic was Disney’s theme park attraction adaptation Jungle Cruise ( Fresh at 62%), with over $116 million domestically. The next theme park attraction Disney is adapting is Big Thunder Mountain, based on the railroad ride set around themes of the old west and the 1800s gold booms. Big Thunder Mountain is being developed by the directing team of Katie Elwood and Amber Templemore-Finlayson, known collectively as Bert & Bertie, who also worked with Disney on the Marvel series Hawkeye (Fresh at 92%).

Since one movie star costs less than two, it’s perhaps surprising that there aren’t more movies like The Wizard of Oz, The Social Network Network, and various movies starring Peter Sellers, Eddie Murphy, and Mike Myers, in which the same actor plays more than one role. Robert De Niro will soon engage in that sort of double-dipping in the 1960s gangster movie Wise Guys, in which he will play the two lead characters. One of the crime bosses will be Vito Genovese, who attempted to assassinate the other, Frank Costello, who is not related to Jack Nicholson’s character of the same name in The Departed. Wise Guys will be directed by Barry Levinson, the director of many acclaimed films such as Rain Man and Wag the Dog, the latter of which also features Robert De Niro.

After co-directing the first John Wick with David Leitch (Deadpool 2, Bullet Train), Chad Stahelski has taken the reins of the franchise, with John Wick: Chapter 4 set to hit theaters next year on March 24. While that film finishes up post-production, and while Stahelski has several other projects currently either in pre-production or development, he has taken on another assassin film, this time for Warner Bros., called Shibumi, based on the 1979 novel of the same name. Stahelski was confirmed as the director this week after having previously been announced to produce the film, which will tell the story of a skilled assassin who takes on a powerful conglomerate of energy companies who rule much of the western world. The film also secured a writer in Matthew Orton, who penned 2018’s Operation Finale and an episode of Marvel’s Moon Knight. Shibumi is still in early stages of development, so we don’t have any dates to report, but in addition to John Wick: Chapter 4, Stahelski also has a new entry in the Highlander saga and the video game adaptation Ghost of Tsushima in pre-production.

Last year’s Spiral: From the Book of Saw (Rotten at 37%)wasn’t a huge critical success, but it did rake in $40 million at the box office, which was evidently enough to convince Lionsgate and Twisted Pictures to move forward with another installment. Earlier this week, they announced a release date for a new entry in the franchise on October 27, 2023, just in time for Halloween. They also announced that the new film will be directed by Kevin Greutert, who previously helmed both 2009’s Saw VI (Rotten at 39%) and 2010’s Saw: The Final Chapter (Rotten at 9%) and served as editor on the first five chapters, as well as 2017’s Jigsaw. Plot details have not been revealed yet, so it’s unclear if this will be a direct sequel to Spiral or something that picks up on the original mythology of the series.

Oscar-winner Ariana DeBose (Best Supporting Actress for West Side Story) has a lot going on these days, with five upcoming projects in various stages of production, including Sony’s Spider-verse film Kraven the Hunter (1/13/23) and the Matthew Vaughn (Kingsman: The Secret Service) spy adventure Argylle (TBD). In the meantime, she’s added another one to her to-do list, taking on a psychological thriller called House of Spoils for Blumhouse and Amazon’s Prime Video. She will star in the film as “an ambitious chef who opens her first restaurant, a farm-to-table affair on a remote estate, [where she] battles kitchen chaos, a dubious investor, crushing self doubts, and the powerful spirit of the state’s previous owner threatening to sabotage her at every turn.” House of Spoils will be directed by Bridget Savage Cole and Danielle Krudy, who previously co-directed the 2019 dark comedy Blow the Man Down (Certified Fresh at 98%), from a script that they also wrote together, and the film is slated to debut on Prime Video after production begins this fall.

The Garfield movies starring the voice of Bill Murray will be remembered, if they’re remembered at all, as kid movie relics of the 2000s, as Garfield: The Movie (Rotten at 15%) came out in 2004, and Garfield: A Tail of Two Kitties (Rotten at 12%) came out in 2006. Chris Pratt is taking over the Garfield voice role, with Samuel L. Jackson voicing Garfield’s dad, and now, we know several more of the voice cast members. Pratt and Jackson will be joined by Nicholas Hoult, Ving Rhames, Cecily Strong (Saturday Night Live), and Hannah Waddington (Ted Lasso).