RT Interview: Director Baillie Walsh on Ziggy, Roxy and Daniel Craig in Flashbacks of a Fool

The first-time helmer sits down with RT.

Spike Jonze, Michel Gondry, David Fincher, Mark Romanek and Garth Jennings are feature film directors who’ve all spent time on the sets of music videos. Their films are creative and visual, much like their music videos have to be, and they’ve been responsible for features as diverse as Fight Club, Being John Malkovich and Son of Rambow. Baillie Walsh, best known for putting pictures to Massive Attack’s Unfinished Sympathy and Kylie Minogue’s Slow, hopes to join their ranks this week with his first feature, Flashbacks of a Fool, about an aging A-lister who remembers his sexual awakening in glam-era Britain when he learns that his best friend of the time has passed away.

The film stars Daniel Craig, Walsh’s long-time friend, who lent the gravitas necessary to get the film off the ground, and spoke to RT earlier in the week. With the cast rounded out by Harry Eden, Eve, Olivia Williams, Helen McCrory and Claire Forlani, and a soundtrack featuring David Bowie and Roxy Music, it’s an ambitious first film. Walsh sat down with us to tell us more.

Roxy Music’s self-titled album and Bowie’s Ziggy Stardust are very important in the movie – did you have similar albums that defined your childhood?

Baillie Walsh: It’s those two albums for me. The Roxy Music track, If There Is Something, was the song I listened to constantly as a teenager. That song was a key to the writing of the script because the lyrics are so pertinent to the script. “Throw your precious gifts into the air and watch them fall down.” All of that stuff seemed absolutely spot on. I always loved that song, and it was a little known song too.

Jean-Marc Vallee, who directed C.R.A.Z.Y. said that he had trouble getting the rights to the songs he wanted to use in the film and was angry because he felt that he owned them because they were part of who he was growing up – did you have the same trouble?

Was the soundtrack the most important element for you, then?

BW: It was the key, I wrote the script with the music there. If I hadn’t been given the rights to Jean Genie, what else could I have done? I don’t know what T-Rex means. They were all key to me.

Does it help to have that musical backdrop when you come from directing music videos?

BW: I’m sure that it probably does. I love music and the reason I made music videos is because putting images to music is a great thing to do. I couldn’t really ask for more, though making a feature film is really the best thing.

Music video directors who’ve made the transition to feature filmmaking have done very well in many cases – Spike Jonze, Michel Gondry – it must be exciting to be able to join that set.

BW: Steady on! I’m not sure I’m quite there yet! Those guys are absolutely fantastic and I’ve been wanting to make a feature film for some time and I’ve finally been able to make it. How people respond to it, let’s see if it does well. I know that I had the best year of my life and I was given a lot of money to make the story I wrote and it really doesn’t get much better than that. How it’s perceived and where I’m put in that line-up, I can’t even think about right now. I’m just very lucky to have had the opportunity.

How much has Daniel Craig’s input helped the project?

BW: Honestly, without Daniel I would never have made it. I wrote it a long time ago, before Dan’s success, and luckily his success made it possible, so the end result of that is always wish your friends big success! 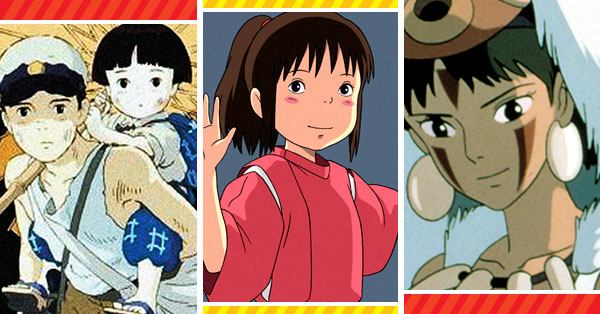