21 Fun Facts and Stats From 21 Years of Rotten Tomatoes

Discover how many total reviews we've featured, the first movie to ever get a Tomatometer, the hardest-to-please critic, and what Jackie Chan has to do with it all!

In 2019, Rotten Tomatoes turns 21, and to mark the occasion we’re celebrating with a series of features that look back at the brightest moments on screen of the past two decades – and one year – and the things that have us excited for the future.

Rotten Tomatoes is celebrating its 21st year in existence! But we didn’t get here alone. Nope, RT exists because of you, the fans, and the critics whose invaluable work makes up our Tomatometer. To kick off the start of our birthday celebrations, we’ve gone and gathered up majorly fun facts and stats about RT that we’ve accrued since 1998! (Note: All Tomatometer factoids are accurate up until February 26, 2019.) 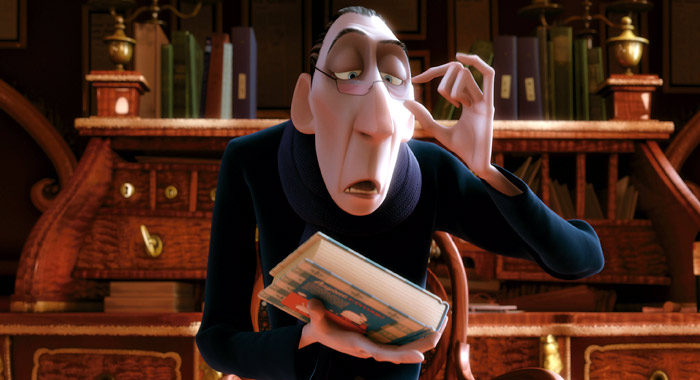 Last month, we hit the major million milestone for movies! It only took 21 years, eight office moves, and, conservatively, 50,000 cups of coffee. In 2013, we began collecting and adding TV and streaming reviews, and though we’re still a ways away from hitting a million, we’re hopeful that the legend of a trove of Law & Order reviews buried in the Hollywood Hills proves true.

It takes five reviews to generate an initial Tomatometer score for movies and TV shows. This has happened 27,313 times on Rotten Tomatoes, so far. Would you believe it never gets less thrilling?

3. Average Tomatometer For All Movies: 62% 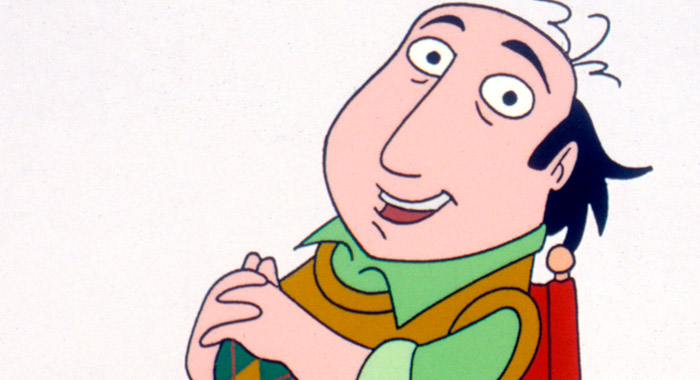 That number is proof that people generally do set out to make good movies – and succeed – or at least not make one that would get laughed out of theaters. And it’s proof that critics come not with knives drawn, but with the hope that a discovery will be made that everyone needs to know about.

4. Average Tomatometer For All Movies (With At Least 20 Reviews Each): 65%

And the average percentage goes up if you add a 20-review minimum, suggesting that a movie that’s generated enough interest to get rated professionally 20 times has something to warrant it getting that far. And why 20 reviews? That’s the number when a movie becomes eligible for our patented, pithy Critics Consensus write-ups. 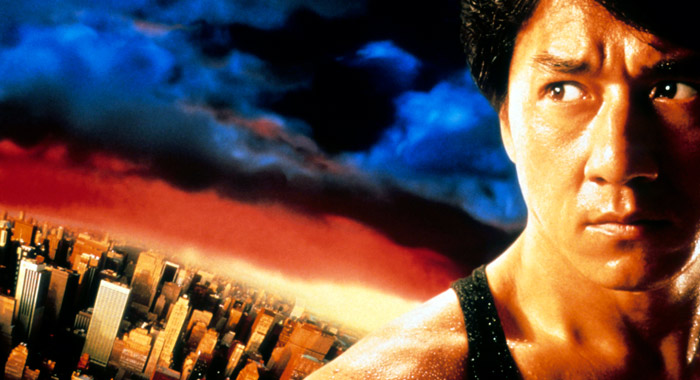 Site creator Senh Duong was famously inspired to start Rotten Tomatoes in 1998 after searching for reviews of Jackie Chan movies which, like all reviews at the time, sat uncollected across disparate corners of the internet. Rumble in the Bronx had released nationwide in 1996, which got Duong looking for reviews of Chan’s other imports: Supercop, Twin Dragons, and First Strike. Two years later, on August 18, 1998, Rotten Tomatoes went live.

The name Rotten Tomatoes came to Duong while watching the fantasy film Leolo, from 1992, about a boy who imagines himself to be the offspring of an Italian peasant and a giant tomato. It is, appropriately, Fresh.

After the founding of RT, the first movie to officially get a Tomatometer was Your Friends & Neighbors, Neil LaBute’s modern tale of urbane immorality. It even went Certified Fresh, currently sitting at 77%! The critics consensus reads that though “it may strike some viewers as cold and unpleasant,” it’s also “an incisive critique of sexual politics wrapped up in scathing black comedy.” Truly, a light and pleasant start to Rotten Tomatoes dominion. 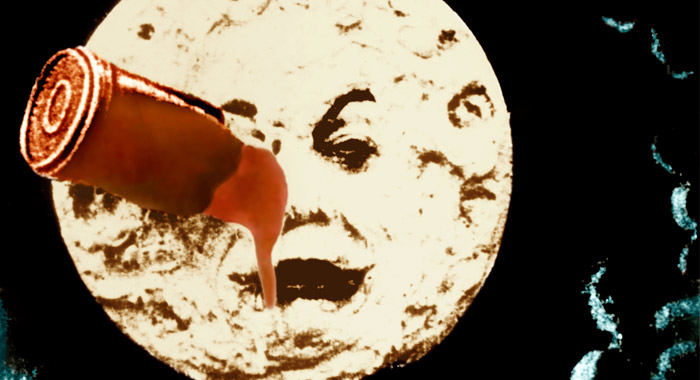 Georges Méliès little sci-fi epic, which generated cinema’s first iconic image in The Man in the Moon with a rocket ship embedded in his right eye. Trip is 100% on the Tomatometer, but at nine reviews, it doesn’t meet the 20-review threshold to be eligible for a critics consensus. Look, just give it another 117 years, will ya?

What’s it take to become Certified Fresh? For movies, it’s having a 75% Tomatometer score after 40 reviews (or 80, if you’re a modern wide release), with five of those coming from Top Critics. Caligari, with its gaunt German Expressionism theatrics, is the oldest movie to qualify for that prestigious designation, and is considered one best horror movies ever made to this day. (It’s #2 on our list of the 150 Best Horror Movies.)

11. Oldest TV Series With A Tomatometer: The Honeymooners: Lost Episodes 100%

Are we detecting some kind of moon motif when it comes to these “oldest” milestones on Rotten Tomatoes? The Jackie Gleason classic show lasted only one season (or 39 episodes) but it’s endured thanks to its assorted catchphrases and its historical significance as the first major depiction of the working class in sitcoms.

You could watch nearly a different perfectly-rated movie every day for a year, taking in some stone-cold masterpieces like Citizen Kane, Seven Samurai, and Repulsion, and contemporary classics like Before Sunrise, Toy Story 2, and Leave No Trace. And at the rate these kinds of movies are cropping up, you could likely fill up a 365-day watching schedule by 2020. 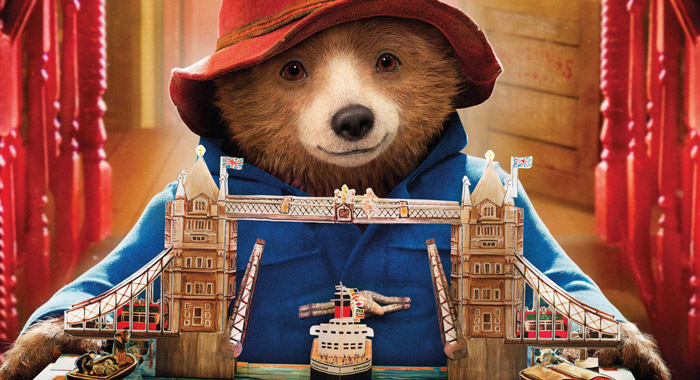 The most lovable bear in all of cinema, at least until Annihlation came out. Just last year Paddington, this genteel beacon of hope in cynical times, and his movie usurped the best-reviewed crown from Toy Story 2, which had had the distinction since 1999. Lady Bird was also able to briefly do the same, before it was felled by its first Rotten review.

So you just made a movie and it didn’t hit 100%. After your feeling of debilitating failure leaves the body, would you be willing to accept the second-best percentage on the site? Members of the 99 Club include hunger-inducing Jiro Dreams of Sushi, indie breakthroughs (Lady Bird, Eighth Grade), something from Pixar (Finding Nemo), horror classics (Aliens, Rosemary’s Baby), and Metropolis, whose sole Rotten review comes from a 1926 issue of Variety.

Better not catch y’all slippin’, because one percentage point drop and these movies are in Rotten! Some movie fans may be shocked to learn which films the sword of Damocles hangs so perilously over, like Rush Hour or Mystery Men. Then there are other movies, like the primal and basic 300, for which a 60% feels juuuuust right.

So close to Freshness! Some 91 movies – with at least 20 reviews – are right on the cusp of being Fresh, which of course didn’t stop the likes of Mr. & Mrs. Smith and Oz the Great and Powerful from being boffo box office smashes. Included in this pile of barely Rotten movies are enduring ’90s trash classics (Deep Blue Sea), literal trash (Trash Humpers), failed prestige pics (The Front Runner, Concussion), and of course a later-period Liam Neeson action movie (Run All Night). 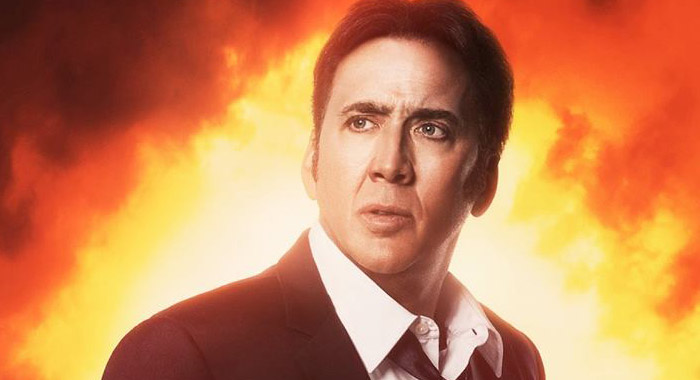 Getting a Tomatometer score of 1% is probably the most difficult ignoble feat to achieve on Rotten Tomatoes. Not only do you have to get enough reviews for it to be mathematically possible, you have to count on only one or two critics willing to come forward to say they liked it. Let’s give a hand to Alone in the Dark, Left Behind, Daddy Day Camp, Twisted, and Disaster Movie!

The title doesn’t make any sense and it only goes downhill from there. The incomprehensible spy-thriller starred Antonio Banderas and Lucy Liu and came out in 2002, a year when their careers were peak enough that neither had any reason to make this movie. To date, 117 critics have been able to re-assemble their shattered minds after experiencing Ballistic to submit Rotten reviews. Meanwhile, back in 2017 we celebrated the movie’s 15th anniversary with some cake:

Attanasio was employed by The Washington Post as a film critic in the ’80s, a rather shaky decade in terms of overall quality of movie output. So maybe it’s no surprise that out of the 209 reviews of his that we have in our system, only 61 are Fresh, or 29% overall. He hated every John Hughes movie, Martin Scorsese‘s After Hours, but did like Stop Making Sense. So what’s Paul doing now? Oh, nothing much, except getting Oscar-nominated for writing Quiz Show, and creating Homicide: Life on the Street and Bull.

Only 19% of critics like the first sequel in the Transformers franchise. Its penance: A cool $402 million dollars at the domestic box office. No other movie among the top 100 all-time domestic grossers has fallen (no pun intended) below 20% on the Tomatometer, though Revenge certainly isn’t without Rotten company. There are 20 movies total with Rotten ratings, including two more Transformers films (the original and Dark of the Moon), three from the DCEU (Suicide Squad, Man of Steel, and Batman v Superman), and two from Pirates of the Caribbean (Dead Man’s Chest, At World’s End). And the franchise with the most Rotten appearances? Twilight: All five movies score below 60%, and all four sequels are one of the 100 top grossers of all time.