Hellboy’s Ron Perlman Takes On His Most Complex Monster Yet

The Sons of Anarchy alum reveals a different kind of villain in new series The Capture and shares details about upcoming video-game movie Monster Hunter.

Ron Perlman has played some monster characters throughout his career, notably the titular Hellboy in two Guillermo del Toro–directed films about that red, horned, cigar-smoking comic book anti-hero; the grizzled gang leader Clay Morrow in FX biker drama Sons of Anarchy; and even his breakout role as Vincent from CBS’s live-action Beauty and the Beast series, in which he starred opposite Linda Hamilton. With his latest series, he adds to the list.

“A lot of the characters that I’ve played without makeup that are, you know, seemingly human are the most monstrous things I’ve ever done,” Perlman told Rotten Tomatoes when discussing new Peacock series, The Capture, which premieres on the launch day of NBC’s new streaming service.

The Capture — “so incredibly well-rendered” and “so smart,” the actor said — takes viewers deep into a highly surveilled world in which anyone with the wherewithal, and motive, can alter video footage and place a crime that never happened at the foot of a would-be criminal of their choosing.

In the six-episode series, which was recently renewed by the BBC for a second season, Perlman plays Frank Napier, a CIA official leading a small team that monitors CCTV, the UK’s expansive network of security cameras, in the name of upholding justice. But at what cost does such “justice” come where video evidence of a crime that was supposedly committed, may have been a hoax all along? 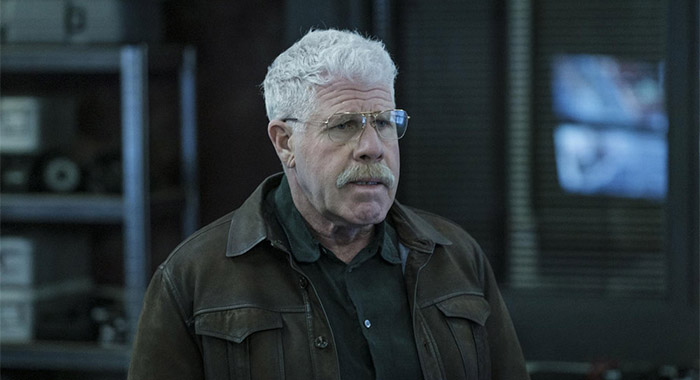 Perlman co-stars opposite Holliday Grainger (Patrick Melrose) as DI Rachel Carey and Callum Turner (Fantastic Beasts: The Crimes of Grindelwald) as Shawn Emery, a former soldier framed for murder. With recent technological breakthroughs in deep-fake technology and the ever-growing trend of distrusting facts, the series’ fictional concept of “Correction” (the truth-altering tech featured in the series) feels both completely terrifying and absolutely plausible.

“[It’s about] things I’m personally obsessed with, in regards to the people that we look to in order to keep us safe and protected,” Perlman said. “How pure can we expect their motivations to be? Are their personal agendas spilling over into the things that (we hope) they do for purely ideological reasons? You know, for, hopefully, the greater good?”

These are all important questions to ask, especially when the news cycle is continuously recounting stories of law enforcement entities and government agencies that aren’t exactly serving the people’s best interests.

Speaking on the series, and the many issues currently facing Americans, Perlman is quick to identify the “ripped apart” nature of our politics where “you don’t know what you’re being sold or who’s selling it to you, a lot of the time.” And for an actor who has been famously outspoken in his progressive beliefs on Twitter — he was briefly suspended from the platform in 2019 for comments made in a now-deleted tweet celebrating the death of Koch Industries Vice Chairman David Koch, and he recently got involved in an online scuffle with Republican Sen. Ted Cruz — his decision to play a conservative-leaning character in a questionable position of power becomes more intriguing.

In The Capture, Perlman’s Frank makes some callous choices and steps over the line of morality more than once in the interest of upholding national and international security. When asked if Napier is a monster, the actor has trouble giving a definitive answer.

“You can make an argument that Frank is so multifaceted that it’s hard to figure out where the monster in him ends and the humanity begins,” Perlman explained. “So I mean, one of the fascinating things about trying to figure out how to play the guy is, for the whole history of the show, you’ll walk away not knowing, was he a good guy? Was he a bad guy? I just don’t know.” 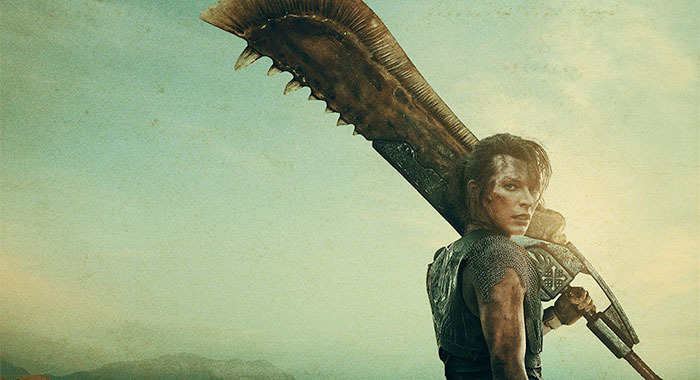 On the big screen, Perlman continues to team up with his close friend Del Toro. In the long-awaited new adaptation of Pinocchio, he plays Mangiafuoco, a character known to many as Stromboli, thanks to Walt Disney’s 1940 film classic.

He also appears in Paul W.S. Anderson’s upcoming Monster Hunter, a big-budget movie adaptation of Capcom’s action role-playing video game of the same name that stars Milla Jovovich and Tony Jaa. The movie was scheduled to open this September, but has been pushed back to April 2021. Perlman, who described his role as Admiral in the flick to Comic Book Movie as “a lot of chewing the scenery,” was mostly mum about specific story details, but gave an impression of what to expect.

“I’m not a gamer, so I’m not familiar with the video game,” Perlman said. “I know that it has a huge following and huge popularity. I know that the production that Sony gave it, under the great leadership of Paul W.S. Anderson, was top draw. You know, it was just such a phenomenal experience and seemed like we were making a big-time movie — lots of titillating juicy battle scenes and chase scenes. There are a lot of high stakes, so this should be a good one to watch.”

And what about that a highly-publicized Twitter spat between Perlman and Cruz? The whole thing began after the U.S. Soccer Federation repealed its policy that prohibited athletes from kneeling during the national anthem as an act of protest against police brutality.

The news drew ire from the likes of President Donald Trump and Republican Congressman Matt Gaetz who shamed the sports institution. Perlman soon added his two cents on Twitter, saying, “The US Soccer team called and you guessed it… said they couldn’t give any less of a f–k about what you two dips–ts think.”

A follow-up tweet, directed at Gaetz and showing a photo of  Rep. Jim Jordan, a former wrestling coach accused of ignoring athletes’ reports of abuse by a doctor at Ohio State University, caught the attention of Cruz and sparked the war of words between the actor and the senator, who challenged Perlman to a wrestling match — with Jordan.

The bizarre back-and-forth led Perlman to present a counteroffer to Cruz, promoting the idea that if the senator himself would face him in the ring, he’d donate $50,000 dollars to Black Lives Matter. They traded a few more barbs before things quieted down, but Perlman is still up for the challenge.

Though he has made it very clear that he’ll never play Hellboy on the big screen again, Perlman said he may be willing to reprise the role through voice-over in a virtual wrestling match with Cruz — perhaps in an animated special akin to, say, MTV’s old Celebrity Death Match cartoon series. Would he step into Hellboy’s shoes one more time for such a special occasion?

“Absolutely,” said Perlman, laughing. “[Cruz has] just said so many things that are so damaging to the concept of human discourse. He’s one of the guys who has the most deleterious effect on the American consciousness, which is: He’s designed to make us cynical. He’s designed to make us disengaged. He’s designed his whole modus operandi to say stuff that makes us into disbelievers rather than people who are rallying around some beautiful concepts that Americans pledge allegiance to. He’s a diabolical villain. And so any chance I get virtually to have a smackdown with this motherf—er, I would jump at the opportunity.”

The Capture launches on Peacock on July 15.