Critics so far say the film levels up from the original with web-savvy gags, meta humor, and worthy messages for both children and adults.

Some fans have complained about Disney making sequels, but the studio keeps on delivering satisfying hits, like this year’s Incredibles 2 and now Ralph Breaks the Internet, as indicated by their very fresh Tomatometer scores. The first wave of reviews of the latter, a follow-up to 2012’s Wreck-It Ralph, are calling it a worthy successor that expands and builds upon the original, and among its many web-savvy gags is a sequence involving other Disney characters that is reportedly one of the most hilarious meta bits ever put on the big screen.

Here’s what critics are saying about Ralph Breaks the Internet:

Is this a new Disney animated classic?

It’s classic Disney, but [the film has] such depth of feeling that it’s easy to forgive the film’s convoluted path.
– Kate Erbland, IndieWire

A smarter, more entertaining film…and deeper than the original.
– Bryan Bishop, The Verge

A superior sequel…expands the concept from the first film in fun and inventive ways delivering plenty of laughs along the way.
– Sean Mulvihill, Fanboy Nation

Like its predecessor, Ralph Breaks the Internet wraps you in a warm blanket of nostalgia as it whisks audiences off to a wondrous world you’ll never want to leave.
– Matt Rodriguez, Shakefire

Wreck-It Ralph levels up in a big way with Ralph Breaks the Internet…cleverer than expected.
– Peter Debruge, Variety

Ralph Breaks the Internet offers the worst and best you could hope for in a sequel.
– Kristy Puchko, Pajiba 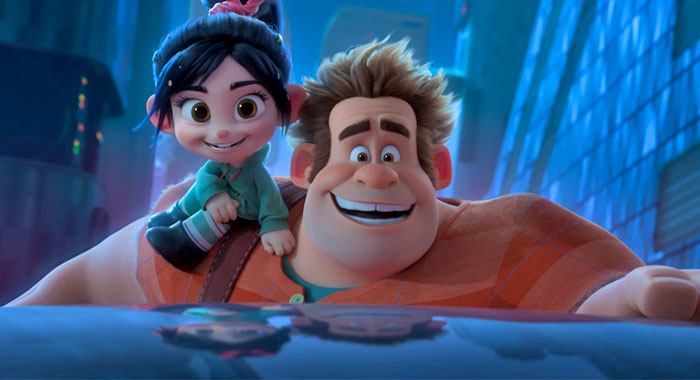 Will it make you laugh?

It will have you laughing nonstop.
– Matt Rodriguez, Shakefire

It’s funny and absorbing, and Moore and Johnston unload some real zingers for the internet age.
– Kate Erbland, IndieWire

What about all the easter eggs?

Much like the internet itself, you can easily get lost in every manic, magnificent place.
– Germain Lussier, io9

It’s a better realized vision of what Steven Spielberg was going for with The Oasis in this year’s Ready Player One.
– Sean Mulvihill, Fanboy Nation

I found myself paying more attention to the background looking for as many little details as I could find, rather than the story that was unfolding in front of me.
– Matt Rodriguez, Shakefire

A sequence set in the Disney website where Vanellope gets to hang out with her fellow princesses [is] one of the funniest bits of movie meta-commentary since Gremlins 2.
– Alonso Duralde, The Wrap

Poking fun at Disney franchises while parading them around shamelessly isn’t nearly as edgy or subversive as the filmmakers think.
– Tim Grierson, Screen International 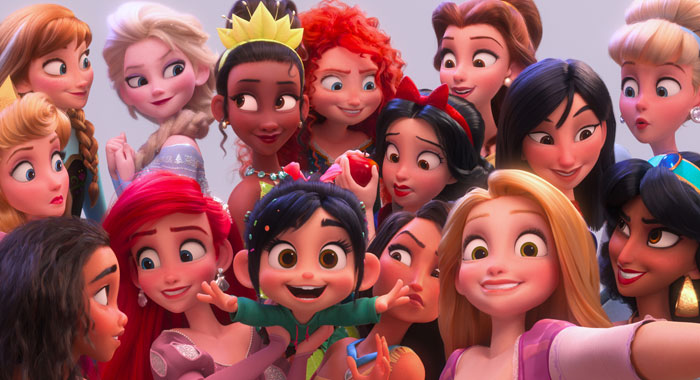 Female empowerment is a huge theme in Ralph Breaks the Internet… it’s the women as a collective that get things done and are equally critical to saving the day (and the Internet).
– M. Skylar Ezell, Black Nerd Problems

Everything involving the Disney princesses is pure brilliance, a feminist-leaning meta-commentary on the widely-distributed, and often wildly-outdated, clichés that define these characters.
– Matt Oakes, Silver Screen Riot

The film’s head-on tackling of Disney’s female characters is perfectly in tune with the zeitgeist of the moment.
– Bryan Bishop, The Verge

What other messages does the movie impart?

For all its chiding of the web, Ralph Breaks the Internet actually provides a very moving message about online bullying.
– Jim Vejvoda, IGN Movies

Ralph Breaks the Internet sounds a note of mild caution, reinforcing how important it is to understand the sites one visits.
– Peter Debruge, Variety

Repeatedly clubs you over the head with its message about the importance of friendship, but it’s a drubbing you’ll welcome with open arms by the time the credits roll.
– Karen Han, Polygon 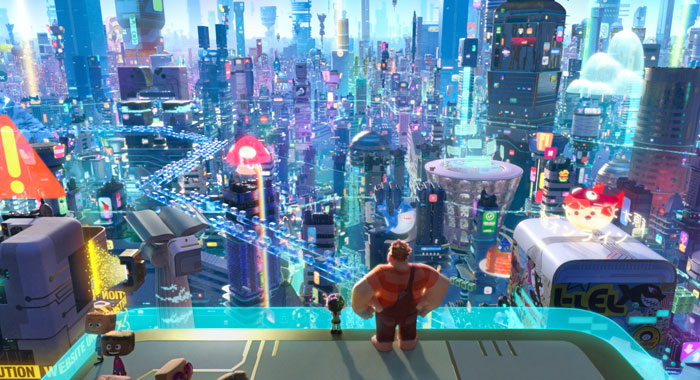 Will this movie give me all the feels?

It may make you weep. So bring tissues.
– Kristy Puchko, Pajiba

The film’s obligatory emotional beats (pertaining to the complexity of friendship) may not land here with the same acuity as the funny stuff.
– Michael Rechtshaffen, Hollywood Reporter

Are there any major flaws?

There’s way too much of Ralph Breaks the Internet that feels like a retread.
– Alonso Duralde, The Wrap

One issue with Ralph Breaks the Internet is that it basically has no villain.
– Matt Singer, ScreenCrush

To be frank, the structure and world-building sucks.
– Kristy Puchko, Pajiba

Do I even have to bring the kids?

[It] defies its ostensible categorization as a kids movie, coming off as equal parts exploration of friendship and particularly colorful domestic drama.
– Karen Han, Polygon

Though Ralph Breaks the Internet is marketed to kids, its PG rating and pop culture references make it a fun ride for childless adults, too.
– M. Skylar Ezell, Black Nerd Problems

Ralph Breaks the Internet opens everywhere on November 21. Read all the reviews for it here. 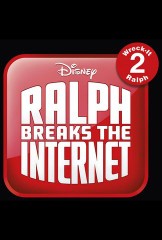 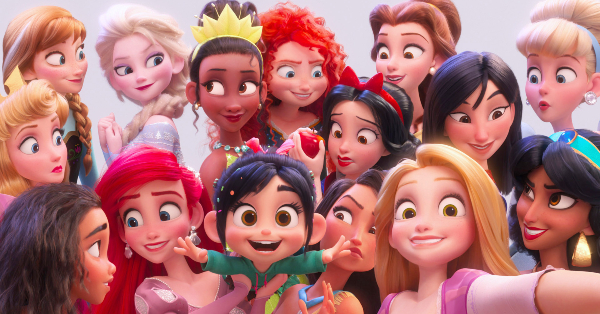