Today’s Ketchup brings you eleven headlines from the world of film development news, covering such titles as Detective Pikachu, Flashpoint, Harley Quinn, and Disney’s remake of The Little Mermaid.

WILL QUENTIN TARANTINO’S LAST FILM BE A STAR TREK MOVIE? 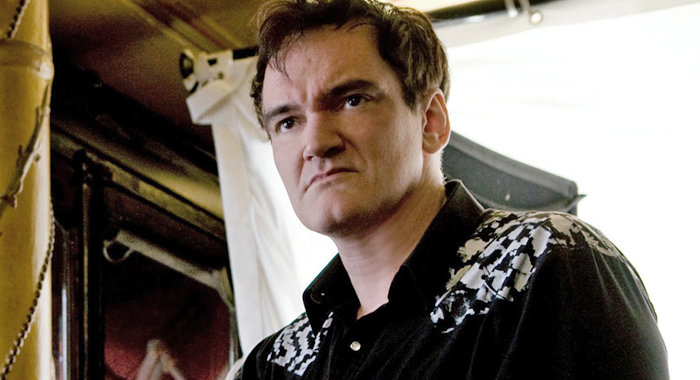 For a long time now, we’ve heard from Quentin Tarantino that he would be retiring as a director after ten movies, with the ninth film to be the “Hollywood in 1969” project scheduled for August 9, 2019, the 50th anniversary of the murder of actress Sharon Tate and her friends. Over the years, we’ve heard about several possible Tarantino projects that could be his tenth and last, including Kill Bill 3, a Pulp Fiction spinoff called The Vega Brothers, a World War II movie about a troop of African American soldiers, and a remake of Less Than Zero. This week, however, the news broke about a completely different possibility, and it’s sort of bonkers to even imagine. Quentin Tarantino is now teaming up with producer J.J. Abrams (who directed the Star Trek reboot) to organize a writers room for a screenplay based on a Star Trek story idea by Tarantino himself. A key word to this entire story is “might,” as Tarantino might direct this Star Trek project (and it might also never happen). Once this news broke, writers scurried to find background information, and the possible answer might involve time travel and/or alternate realities, with Tarantino espousing his love of the episode The City on the Edge of Tomorrow. We also already have heard that Tarantino’s Star Trek project would be “R-rated” (as all of his films have been), and that Patrick Stewart might reprise his role as Jean-Luc Picard.

Director Ridley Scott frequently works with 20th Century Fox (such as with Alien: Covenant, The Martian, etc), but for his J. Paul Getty III kidnapping true story All the Money in the World, he switched camps to Sony Pictures. This is worth mentioning, because Fox is now developing a movie about the other infamous 1970s kidnapping case involving the heir of a great American fortune. Patty Hearst is the granddaughter of publisher (and Citizen Kane inspiration) William Randolph Hearst, and she was kidnapped in 1974 by a left-wing group called the Symbionese Liberation Army (who she later seemed to join, in a case of Stockholm Syndrome). Fox has recruited another of their frequent directors, James Mangold (Logan, Walk the Line) for an adaptation of the book American Heiress, with Elle Fanning in talks to star as Patty Hearst.

When he’s wearing the Deadpool mask, you frequently cannot actually see Ryan Reynolds speaking, making it effectively a voice role. For his latest announced role, Ryan Reynolds will be voicing a motion capture computer animated character (in a movie which will mostly be live action). That movie will be Detective Pikachu, the first live-action Pokemon movie, with Reynolds playing a version of Pikachu who solves mysteries (inspired by a 2013 Nintendo 3DS video game). He joins the already cast Justice Smith (Jurassic World: Fallen Kingdom), Kathryn Newton (TV’s Big Little Lies), and director Rob Letterman (Goosebumps, Gulliver’s Travels). It’s not yet clear if Reynolds will have full dialogue as Detective Pikachu, or if his role will consist of him saying “Pikachu!” repeatedly.

3. DISNEY BACK IN TALKS TO ACQUIRE FOX FILM/TV, ANNOUNCEMENT MAY COME NEXT WEEK

About a month ago, the news broke that Disney was considering buying FOX’s film and TV properties, driving many to speculate on the impact this could have on the Marvel Cinematic Universe, since hundreds of characters — including X-Men, Wolverine, Deadpool, Silver Surfer, Doctor Doom, and Fantastic Four — would become available for Marvel to incorporate into their own films. Well, those negotiations are reportedly happening again, with an official announcement possibly coming next week. The impact of the acquisition would have many other implications, but the best we’ve seen it all laid out is in the infographic in this piece. Among the franchises Disney would acquire: Alien, Avatar, Die Hard, Ice Age, Kingsman, Planet of the Apes, Peanuts, Predator, The Simpsons, and The X-Files. (On top of all that, we could even get the 20th Century Fox anthem in front of Star Wars movies again.)

4. BEN AFFLECK’S LAST MOVIE AS BATMAN MIGHT JUST BE FLASHPOINT

This week, pretty much every major movie outlet reported a leadership shakeup at Warner Bros. over their DC Comics film properties. However, it was in Variety that we found  what seems to be a pretty major revelation (if it comes true). Toward the end of the article, Variety reported that Ben Affleck is unlikely to star in the solo Batman movie to be directed by Matt Reeves (War for the Planet of the Apes). Instead, Affleck’s last film as Batman would be in a supporting role in the planned Flash movie, frequently referred to as Flashpoint. The Flashpoint element is important to note, as it refers to an event (both in the comics and on the Flash TV show) in which the speedster inadvertently causes an alternate reality. There are no release dates yet for Flashpoint or the solo Batman movie (but they’re unlikely to open before 2020).

5. ARE YOU AFRAID OF THE DARK? AND PET SEMATARY SCHEDULED FOR 2019

It was obvious for much of 2017 that the remake of Stephen King’s IT would probably be a hit, but exactly how big it turned out to be was something of a game-changing surprise. Recent years have seen success for new franchises like Insidious and The Conjuring, but IT hinted at something potentially more consistent. As such, other studios are fast-tracking similar projects in response, and this week, Paramount offered 2019 release dates for two such films. The more obviously connected of the two is Paramount’s remake of Stephen King’s Pet Sematary, about a rural Native American burial mound capable of resurrecting the recently deceased. The other film is an adaptation of Are You Afraid of the Dark?, based on Nickelodeon’s 1992-1996 anthology TV series. Pet Sematary is scheduled for April 19, 2019 (against the Playmobil movie), and Are You Afraid of the Dark? is scheduled for October 10, 2019 (against The Goldfinch).

Like Marvel and Lucasfilm, Walt Disney Pictures appears to be fostering its own stable of directors to handle their live-action adaptations of classic animated films. For example, Tim Burton directed the two Alice movies and has Dumbo coming in 2019, while Jon Favreau directed both The Jungle Book and the upcoming remake of The Lion King. Another director who has worked for Disney three times is Rob Marshall (Pirates of the Caribbean: On Stranger Tides, Into the Woods, and next year’s Mary Poppins Returns, starring Emily Blunt). We now also know that Disney has offered a fourth film to Marshall, namely The Little Mermaid, which will presumably feature the same songs (just like Beauty and the Beast did and The Lion King will).

After the (relatively) disappointing box office and Tomatometer score for Justice League, Warner Bros is shaking up its DC Comics division. Going forward, the DCEU may expand its superheroes less in team movies like Justice League, and more as supporting characters in solo films. One such indication of this is the news this week that child actor Jack Dylan Grazer (IT) has been cast in Shazam! by WB subsidiary New Line Cinema. The relevant detail in Grazer’s casting is that he will be playing Freddie Freeman, the best friend of Billy Batson, AKA Shazam. In the comics, Freddy himself becomes a superhero named Captain Marvel Jr. (though in the movies, he’d be more likely to be called “Shazam Jr” or something, since Marvel has the movie rights to the title Captain Marvel).

As many of their DC Comics characters have met with disappointing reactions, Warner Bros. appears to be trying to do the most with the characters that people have liked. (For example, expect to see Gal Gadot play Wonder Woman in more supporting roles.) The standout star of last year’s Suicide Squad was Margot Robbie’s Harley Quinn, and Margot Robbie herself is stepping up to produce and develop new films for WB. In the past, we’ve heard that Robbie was attached to reprise her role as Harley Quinn in Suicide Squad 2, a spinoff featuring both Harley Quinn and Jared Leto’s The Joker, and Gotham City Sirens, also featuring Batman villains like Poison Ivy and Catwoman. If all of those get produced, we’ll have at least four movies featuring Robbie as Harley Quinn, and this week, she announced plans for a fifth. The new film would be a solo movie for Harley Quinn, which could actually replace some of these other films if Warner Bros. wants to change priorities. Or maybe we will really have four separate franchises featuring Harley Quinn headed our way, but as good as Robbie’s HQ was, would it be too much?

This has been a rough week for the cast and crew currently working on the Queen biopic Bohemian Rhapsody (featuring Rami Malek as Freddie Mercury), and we still don’t know all of the details that may yet be revealed. Last weekend, we learned that director Bryan Singer (X-Men, The Usual Suspects) had been fired by 20th Century Fox from the biopic. The immediate reason given was of Singer’s sudden “unexpected unavailability,” and Singer’s response was that he had taken time off from the filming to care for the health of one of his parents. Singer’s office on the Fox lot was also closed down and packed up this week. As for how Bohemian Rhapsody will continue to be filmed, Fox has already found a new director in Dexter Fletcher (Eddie the Eagle).