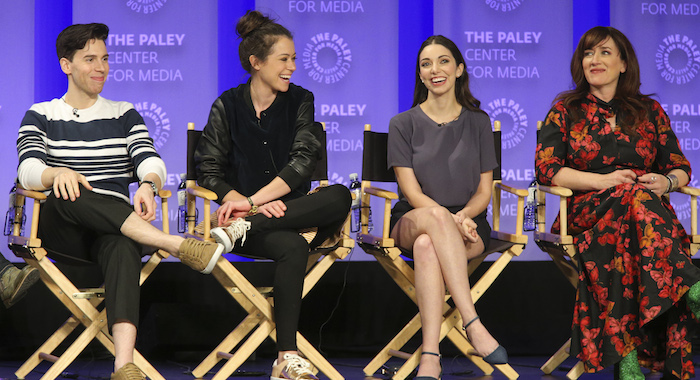 Prepare to be jealous, because an audience of Orphan Black superfans in Los Angeles was the first to see the sci-fi hit’s fifth season premiere on Thursday night. (Don’t worry, the crowd was forbidden to discuss spoilers on social media, so Twitter should still be safe.)

In fact, the BBC America series wrapped filming on its final episode Wednesday morning, and the cast and creators jetted to California for the panel just one day later.

Below, find seven things gleaned from that (mostly) spoiler-free discussion that you can expect to see when Orphan Black returns for the last time June 10.

But first, a quick catch-up to refresh your memory: When season four ended, Alison (Maslany) and Donnie (Bruun) were living in the woods with Helena (Maslany). Sarah (Maslany) was injured with a stab wound on an island looking for Cosima (Maslany), who had just reunited with Delphine (Brochu) after stealing gene therapy samples that might cure her. Rachel (Maslany) had stabbed Sarah and reclaimed her power at the top of the Neolution board. Got it?

1. RACHEL WILL ONLY GET MORE POWERFUL 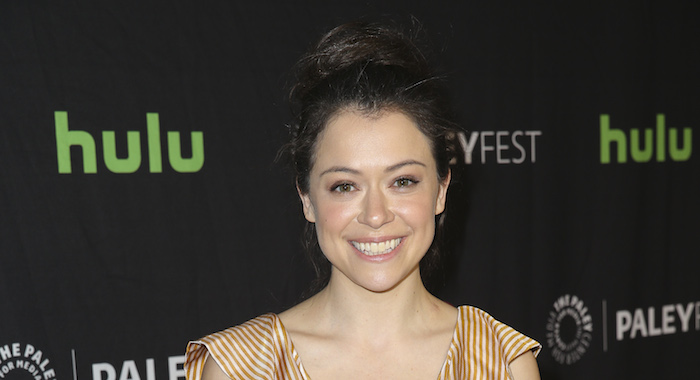 Rachel was introduced early on as the chief villain in charge of the Dyad Group. She kidnapped Sarah’s daughter, Kira (Skyler Wexler), and Mrs. S (Kennedy); but she became vulnerable when Sarah shot her in the eye with pencil (long story). Now that Rachel’s re-learned how to walk and talk, she’s back to her old tricks for the final season.

“Seeing her clamor back into that power has been interesting to me,” Maslany said. “There are a lot of character-specific episodes where we really got to dig into who they are in a more focused way. The Rachel episode is really exciting for me.”

Manson was quite clear that there’s no turning back for Rachel. “Yes, she’s a villain,” Manson said. “Rachel is very deep this year.”

Fawcett added, “We wanted Rachel to rise to the top through her villainy. At the same time, we love her so much. We can’t help but try and make people sympathize.”

2. YOU STILL HAVE TO WAIT FOR WESTMORELAND 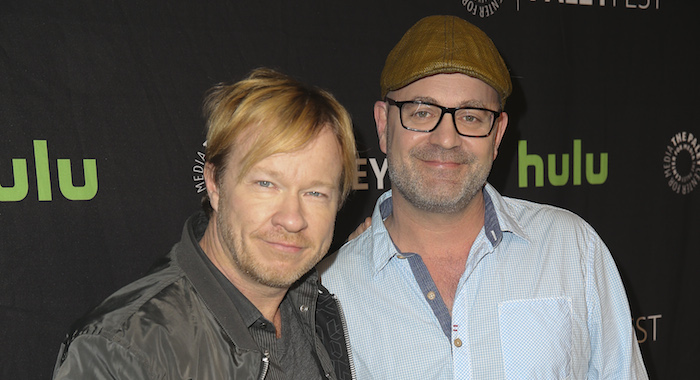 Even the evil Rachel answers to someone. Orphan Black has been dangling this enigmatic head honcho of Neolution, Westmoreland, over the Ledas, but you still won’t see him in the season premiere.

“Not yet,” Manson said. “We’re holding that guy back.”

The 170-year-old Neolution mastermind (played by actor Stephen McHattie) is a critical piece of Manson’s idea for the mythology of the series.

“John and I knew for a long time that in this feminist show that there was a man at the top,” Manson continued. “If you think about the most evil patriarchal figure, that’s who we threw up there in this incredibly unlikely oldest man in the world.” 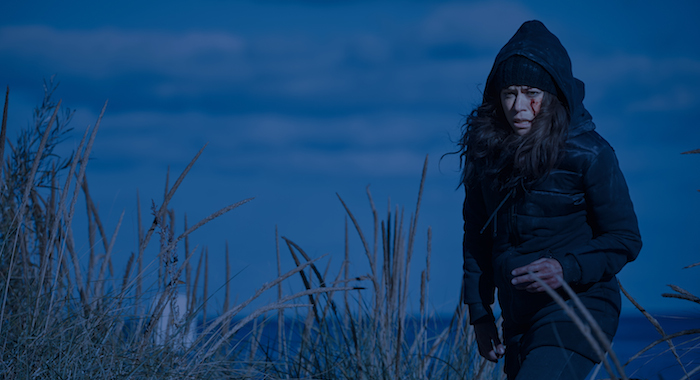 They’re really going for a Dr. Moreau type with Westmoreland, who will live up to the standard set by H. G. Wells’ titular character.

“If you followed the show you know we have a little fascination with The Island of Dr. Moreau,” Fawcett said. “So there are some creatures there.”

4. DONNIE IS IN THE DOGHOUSE AGAIN 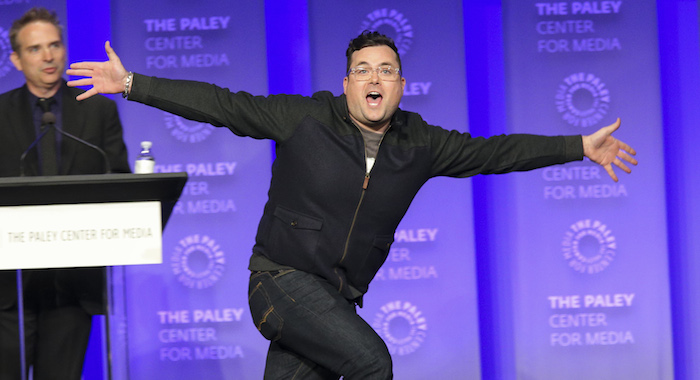 Donnie and Alison’s camping trip is cut short by some agents led by Art (Hanchard)’s new partner (Elyse Levesque), and Alison will not be pleased with Donnie’s actions in that moment.

“In that situation, he knows that if he’s free, he can at least live to fight another day if he’s not captured,” Bruun said. Think Alison will buy it?

Bruun also said that his character has learned a lot from Alison’s clone seestras over the course of the series. 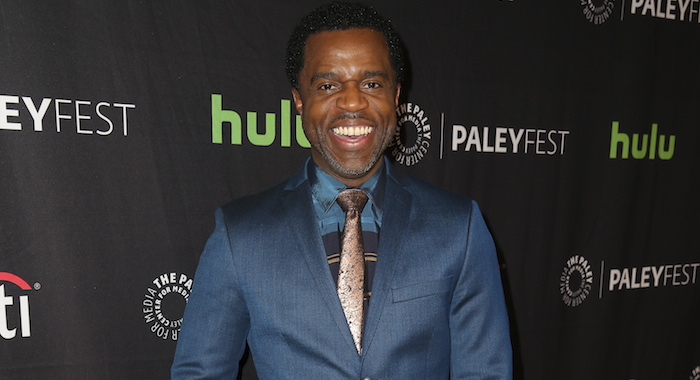 Saddled with a new partner, Art’s in too deep to back out now. Hanchard suggested that Art will accept whatever fate he meets at the end of Orphan Black. Hanchard confirmed that Art was in love with his late partner Beth (Maslany), as evidenced by a scene that was never filmed for the series pilot. Hanchard auditioned with that scene and it has informed his character ever since.

“[In the scene] Art talked about why he picked Beth as a partner,” Hanchard said. “I’ve always run with that as an underlying river that drives Art. That love grew and has always fueled him, made him go forward when he should’ve hightailed in another direction. So he’s all in and it’s going to be what it’s going to be.”

6. THE BEST CLONE SCENE EVER? 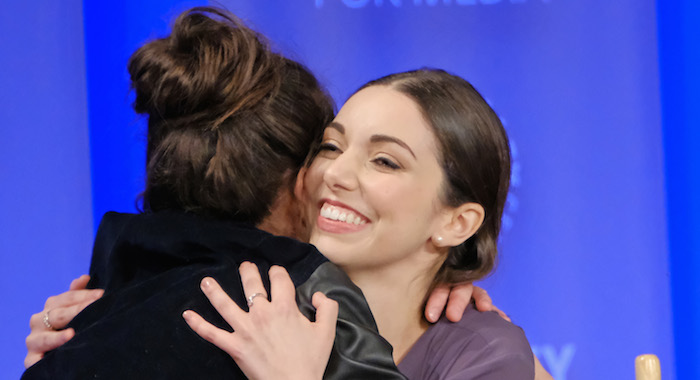 Maslany and Alexandre began discussing one of the clone scenes from episode four of the fifth season. Kennedy accidentally let slip that it takes place in a convent, but that’s not the important part.

“It’s a close-up of me,” Maslany said. “Kathryn is next to the camera here. She gives me this performance we all felt, the whole crew was like shivers. It’s only on me and she gives me literally 10 times what I was remotely giving her.”

Whichever clones are face-to-face in that scene, whatever they are discussing that made the crew shiver, it pleased the creators.

“My favorite scene of the season is the result of that work,” Manson teased.

7. NOT EVERYONE MAKES IT TO THE END 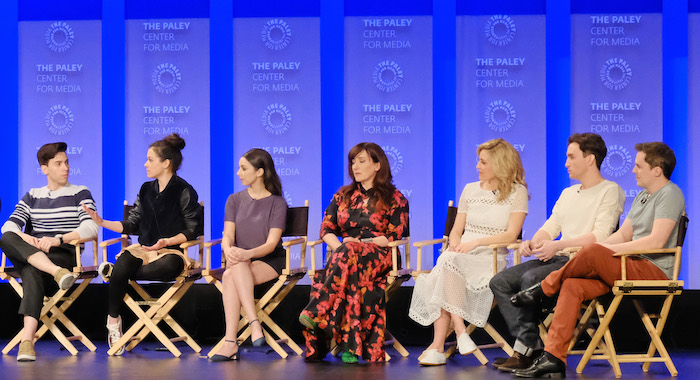 Sarah’s already lost some clone sisters, and the life-or-death nature of Project Leda and Neolution suggests that saving the clones might cost some allies their lives.

When it came time to say goodbye to the series, everyone stuck around, however. Kennedy confirmed that although some cast members were not in the final scene, they showed up at 4:30 a.m. just to be there when the series wrapped.

“It was like being at a wake,” Kennedy said. “Not everybody was working on the last night but everybody who was in Toronto came just to be there. There was this big gang there all the time and everyone stayed ‘til 4:30 in the morning, talking, saying how they felt about it.”