Optimus Prime to Return in Transformers: Rise of the Beasts, and More Movie News

This week’s Ketchup brings you more headlines from the world of film development news, covering such titles as Polly Pocket and Disney’s Snow White and Tower of Terror.

OPTIMUS PRIME TO RETURN IN TRANSFORMERS: RISE OF THE BEASTS 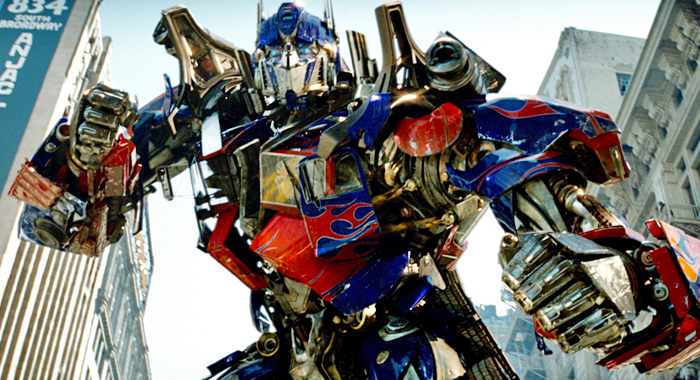 By the time Michael Bay finally finished directing Transformers movies in 2017 with Transformers: The Last Knight (Rotten at 15%), he had given us five of them, although none of them scored as high on the Tomatometer as the first installment — still Rotten at 58% — a decade earlier. The franchise fared much better with the 1987-set prequel Bumblebee (Certified Fresh at 90%), so it perhaps shouldn’t be surprising that the next step will be another prequel that moves the story into the 1990s. Paramount Pictures announced in a virtual event this week that Transformers: Rise of the Beasts (6/24/2022) will focus on both Optimus Prime (again voiced by Peter Cullen) in New York City in 1994 as we’re introduced to animal-centric Transformers like Air-Razor (a bird), Rhinox (a rhinocerous), and Optimus Primal (a gorilla), the leader of the Maximals, as well as the monstrous Terrorcons and the villainous Predacons. Speaking about the move towards characters from the Beast Wars franchise, producer Lorenzo di Bonaventura said, “We had somewhat exhausted, I would say, the battle between Decepticons and Autobots.” It’s also worth noting that Transformers: Rise of the Beasts (6/24/2022) is scheduled for release just two weeks after Jurassic World: Dominion (6/10/2022), so there will be a lot of dinosaurs and robot monsters stomping around next summer.

Walt Disney Pictures just keeps chugging along with their live-action remakes of their classic animated features, with last month’s Cruella (Fresh at 74%) being the latest such film. Even with so many movies already released, there are still a few “biggies” that haven’t been remade yet, and that includes the very first Walt Disney feature film, 1937’s Snow White and the Seven Dwarfs (Certified Fresh at 98%). That will soon change, however, as Walt Disney Pictures has officially announced that their new Snow White will be played by Rachel Zegler, who will soon be starring in another remake as Maria in Steven Spielberg’s West Side Story (12/20/2021). The new Snow White will be directed by Marc Webb, who is probably still best known for directing the two Amazing Spider-Man movies starring Andrew Garfield (Certified Fresh at 72% and Rotten at 51%, respectively). This new Snow White will also feature new songs written by Benj Pasak and Justin Paul, who previously worked on both La La Land and The Greatest Showman, as well as the upcoming Dear Evan Hansen.

“Never say never” is a saying for a reason. If we turn the clock back just over two years ago to early 2019, we can find lots of articles like this one about the war of words that was going on between Steven Spielberg and Netflix, whose films Spielberg felt should not be considered for Academy Awards if they didn’t follow the pre-existing rules about theatrical runs (instead suggesting Netflix movies should be eligible for Emmy Awards). A lot has changed since then, of course, including the moves of most major studios into the streaming market, like Warner Bros. releasing most of its 2021 slate day-and-date on HBO Max. In a move that had some wondering if “Hell Freezes Over?”, Steven Spielberg’s Amblin Partners has made a deal with Netflix to produce at least two movies a year for the streaming outlet. Although Spielberg is indeed the executive producer of Amblin Partners films, it’s important to note that most of their films these days are not directed by Spielberg  himself (and there’s also a wide margin of difference between what a “producer” and an “executive producer” does). It’s also important to note that the Amblin/Netflix deal will exist side-by-side with the pre-existing deal that Amblin will continue with Universal Pictures, Spielberg’s longtime studio. Of course, we sort of knew something like this might happen someday once Netflix picked up the rights to Amblin’s The Trial of the Chicago 7 (Certified Fresh at 89%).

Director Damien Chazelle is coming off an impressive streak of three films in a row that were all very well received, including multiple Academy Award nominations (and a few wins): Whiplash (Certified Fresh at 94%), La La Land (Certified Fresh at  91%), and the moon landing drama First Man (Certified Fresh at 87%). For his next film, Chazelle is turning the clock back again to look at the Golden Age of Hollywood of the late 1920s as the silent film era gave way to the “talkies.” Margot Robbie and Brad Pitt have been attached to star in Babylon for some time now, but this week, the cast expanded a bit more. Olivia Wilde, Tobey Maguire, and director Spike Jonze have all joined the still-expanding ensemble of Babylon, which most recently was described as “The Great Gatsby on steroids.” Other stars we can expect to see in Babylon include Jovan Adepo, Diego Calva, Flea, Lukas Haas, Li Jun Li, Max Minghella, Eric Roberts, Katherine Waterston, and Samara Weaving. Paramount Pictures will first release Babylon in select cities on December 25, 2022, and then expand it wide on January 6, 2023.

4. WE NEED TO TALK ABOUT… JOAQUIN PHOENIX’S NEW MOVIE

Just before the COVID-19 pandemic dismantled the majority of the 2020 theatrical box office, Joaquin Phoenix scored his biggest box office hit ever with the super villain origin movie Joker (Fresh at 68%), which earned over $1.07 billion worldwide (and an Academy Award for Best Actor, to boot). For now, Phoenix is keeping his next few post-Joker projects relatively “indie” and low-budget, choosing instead to work with acclaimed directors. Let’s start with this week’s newest project, which is something called Polaris that will team him up with Rooney Mara and reunite him with his You Were Never Really Here (Certified Fresh at 89%) director Lynne Ramsay (Morvern Callar Certified Fresh at 84%, We Need to Talk About Kevin Certified Fresh at 75%). That’s all we know about Polaris, except that we can “probably” presume this will not be an adaptation of Marvel’s green-haired mutant character (though wouldn’t that be awesome). Another Joaquin Phoenix project that was already announced before this week is Disappointment Blvd for director Ari Aster (Midsommar), which is described as “an intimate, decades-spanning portrait of one of the most successful entrepreneurs of all time.” This week, Amy Ryan and Broadway stars Nathan Lane and Patti Lupone all joined Phoenix in the film, which might suggest it has something to do with Broadway, or maybe that’s just a red herring.

5. THIS WEEK IN SUPERHERO COSTUMES: THE FLASH AND SHAZAM! FURY OF THE GODS

Although Marvel Studios does have over a dozen upcoming MCU films in some stage of production or post-production, many of their most imminent films use pre-existing costumes, or they have already been revealed during the last year or two (partly because COVID-19 caused a longer than usual delay before their releases, such as with Eternals). Right now, DC Comics has both The Flash (11/4/2022) and the sequel Shazam! Fury of the Gods (6/2/2023) in production, and this week, in something of a one-two-three punch, we got three different new costume reveals from both films. The biggest reveal comes from The Flash, as set photos show Sasha Calle in her costume (without a cape, which might be inserted with CGI) as the new Supergirl. We also got to see Michael Keaton for the first time in The Flash as well, but it’s just him as Bruce Wayne, so it’s literally just Michael Keaton in a regular suit. Also, thanks to set photos “leaked” online, we have an idea of what Helen Mirren will look like as the villain Hespera in the Shazam! sequel, and finally, all of the new “Shazam! Family” costumes have been updated for the sequel as well.

Walt Disney Pictures is truly a massive umbrella under which there are many different parallel production lines, including Marvel Studios, all the various Star Wars projects, their live-action remakes of classic animated films, the 20th Century Studios and Searchlight Pictures subsidiaries, their own animated features, and Pixar (and we’re probably forgetting a few brands, at that). One theme that Disney doesn’t use as often, but has given them at least one major franchise in Pirates of the Caribbean, is their ongoing effort to adapt their popular theme park attractions into feature films, with the next example being this summer’s Jungle Cruise (7/30/2021). We can now add Tower of Terror to the list, as Disney’s Black Widow star Scarlett Johansson is producing the project for Disney, with Toy Story 4 director Josh Cooley currently working on a screenplay adaptation. The curious thing about Disney making a Tower of Terror movie that could potentially become its own franchise is that the original ride started as The Twilight Zone Tower of Terror, and the Disneyland ride was later retrofitted to become a Guardians of the Galaxy ride. This Tower of Terror movie ostensibly won’t have anything to do with either of those franchises.

The Mattel toy company has been trying to make a live-action Barbie since at least as far back as 2009, including stages when people like Diablo Cody, Amy Schumer, and Patty Jenkins were in some way associated with the project; right now, it’s Margot Robbie who’s attached to it. We bring up the lingering struggles to make a Barbie movie happen because one way to interpret this week’s news is that Mattel might be doubling down on another “girl toy” brand. Lena Dunham (HBO’s Girls) recently wrapped production of a medieval adventure called Catherine, Called Birdy, and she’s now attached to write and direct a live-action film based on the Polly Pocket toy line. Lily Collins is also already signed to star in the MGM project as the titular character, a “pocket-sized woman” who befriends a young girl (yet to be cast).

Kaley Cuoco starred on the CBS sitcom The Big Bang Theory (Fresh at 81%) for 12 seasons, and Pete Davidson recently wrapped his seventh season on Saturday Night Live. Now, both are signed to star in a romantic comedy called Meet Cute that brings those two shows together for the first time (that this writer can think of). As the title suggests, some part of Meet Cute will address that standard rom-com trope, but the twist is that one half of the future couple is able to travel back in time to their loved one’s past to “heal their traumas, fix their problems, and change them into the perfect partner.” It’s unclear which of them is the time traveler, and which one is being “fixed”, but one guess might be that Davidson is the latter, since that’s sort of his comedic archetype (as seen in The King of Staten Island, Certified Fresh at 75%), but again, that’s just this writer’s guess.

9. SHAILENE WOODLEY TO MEET HERSELF IN SCI-FI COMEDY ROBOTS

Sacha Baron Cohen is the obvious face of the Borat movies (and other comedies he’s starred in like Brüno), but one of his partners on most of these movies has been screenwriter Anthony Hines, who is ready to make his directorial debut on a sci-fi comedy called Robots (not to be confused with the 2005 animated movie). Shailene Woodley and British actor Jack Whitehall will star in Robots as two humans who team up to pursue their robot dopplegangers, who have fallen in love with each other and run away to be together. Filming of Robots is scheduled to start in New Mexico in August, 2021.