As Tim Burton's Nightmare marks its 25th anniversary, we look back at why the story of Jack, Sally, and poor Sandy endures.

Twenty five years ago, Tim Burton released one of the greatest Christmas movies of all time – and perhaps the greatest kid-friendly Halloween flick. The Nightmare Before Christmas, which Burton produced and Henry Selick directed, is cherished by the now thirtysomethings who grew up on it and worshipped by the Millennials who came after them and found, in Jack Skellington, an angsty, spindly brooder they could relate to (and plaster their jackets and backpacks with).

And it was almost not meant to be.

When first presented with the idea of adapting Nightmare — which had originated as a lengthy poem written by a 24-year-old Burton – Disney was hesitant. The kids were used to singing crustaceans and fish-tailed princess, not tearaway-faced clowns and pumpkin kings, whatever they were. Eventually, though, the studio would relent, and they’ve never turned back. The film opened in limited release on October 13, 1993, before going wide and becoming sleeper hit at the box office and the toy counter. More than just a merchandising machine, though, A Nightmare Before Christmas has become a holiday classic, recognized as a landmark in animation, and arguably the first claymation blockbuster. It’s been re-issued multiple times, and is set to sell out theaters again this month with a series of special anniversary screenings, including a set of double-feature screenings with Hocus Pocus for members of the D23 fan club. How has Burton and Selick’s film had legs as long as its troubled protagonist’s? We’ve got five reasons right here.

Henry Selick said early in production there wasn’t even a script – “We had three songs by Danny Elfman but no real screenplay,” he told the Daily Beast’s Marlow Stern in 2013. One of those songs was “What’s This?”, which is the first sequence the filmmakers worked on, even as the screenplay was being completed. Still, if anything could inspire enough confidence to start production on something as laborious as a stop-motion film without a script, it would be Elfman’s Nightmare songs. Nearly all have become classics of some sort – anthems for moody teens (“Sally’s Song”), karaoke favorites (“Oogie Boogie’s Song”), some even holiday radio fixtures (“What’s This?”). It’s proven a lucrative project for the former Oingo Boingo frontman. Elfman voiced Jack Skellington in the movie (when singing) and continues to rake in the bullion traveling the world and performing the soundtrack in live concerts (we saw him in Adelaide, Australia, with a symphony orchestra and he was spectacular). In 2006, on the wave of all that Hot Topic Nightmare love, the soundtrack was re-issued with covers by the likes of Marilyn Manson and Fiona Apple, and a complete covers version, Nightmare Revisited, was released in 2008. The latter features a Korn cover of “Kidnap the Sandy Claws” that is all nightmare, no Christmas. You’ve been warned.

The painstaking work that went into crafting The Nightmare Before Christmas is the stuff of movie legend: the 20 sound stages the filmmakers used; the 400 different Jack Skellington heads deployed to convey emotions ranging from “I Jack the Pumpkin King!” fury to “What’s This?” wonder. And it’s work that pays off. Burton and Selick’s Halloween Town is a kind of ode to German Expressionism, all gray and winding and surreal, while Christmas Town is a freakish, exaggerated take on the visuals of Rankin/Bass. Perhaps the most indelible image from a movie filled with indelible images – Oogie’s unraveling, a snake scarfing down a Christmas tree – is the “spiral hill,” which rises, and unspools, somewhere outside of both towns and is where so many of the movie’s key moments take place.

And It’s So Freaking Dark

Disney was reluctant to touch Nightmare. They had toyed with making it a TV holiday special in the 1980s, when Burton was working there as an animator, but balked because it was considered a touch too weird. When the Mouse House did eventually agree to produce it, they distributed it through Touchstone Pictures, which typically distributes Disney-made films with darker edges. “Their biggest fear, and why it was kind of a stepchild project, was they were afraid of their core audience hating the film and not coming,” Selick told IGN in 2006 while promoting a 3D re-release of the movie. “But it was very much, ‘We don’t have high expectations. It’s kind of too dark and too scary.’” Thematically, there’s no doubt that the film is several shades darker than most of what Disney was releasing at the time (though The Lion King‘s big Mufasa moment and Scar’s “Be Prepared” would come close a year later). There was death and bogeymen, the vicious kidnapping of Sandy Claws, and shrieking suburban children. Of course, what Burton, Selick, and Elfman knew was that it was precisely this darkness that would capture the imaginations of kids who loved the costumes, imagery, and stories of Halloween. And who had grown up watching horror movies on TV and VHS. The special darkness the filmmakers conjured was essential to the movie’s overall message, too. Here was a film that was all about embracing your differences, your otherness, your oddness; and here was a movie that itself looked and felt as different from the rest of what was being offered in cinemas as its central character had felt in Christmas Town. Like Jack, it would eventually be heartily embraced.

If Skellington was looking for another holiday to take over, he could do worse than Valentine’s Day. The terrifying pumpkin king reveals his mushier side in Nightmare not just through his fascination with Christmas, but through his adoration of Sally, and their love story anchors the movie. Jack is a less unlikely source of Sally’s affections – and those of goth girls all across the world – than you might initially think. He’s a kind of manic pixie dream ghoul: sensitive, inventive (those chalkboard formulas!), and has a good heart; plus he knows how to dress. And don’t be deceived by Sally’s lilting voice, courtesy of the great Catherine O’Hara – she’s no sewn-together Snow White. Sally proves herself time and again to be practical, brave, and resourceful, whether escaping the clutches of her mad creator or saving Sandy Claws from Oogie Boogie with a distracting — and, for a Disney flick, disarmingly sexy – leg. Jack’s the wild dreamer, the frustrated genius; Sally’s the level-headed partner ready to catch him when he eventually, and literally, falls. Plain as anyone can see, they’re simply meant to be.

IT OPENED THE STOP-MOTION FLOODGATES

Stop-motion animation has a long and storied history, but it wasn’t until Nightmare that it became a fixture at American multiplexes. Which is not surprising: the movie made $50 million domestically in its initial theatrical run (it has since added about $25 million to that total with various re-issues). And then there’s all that merch. Needless to say, the lights started turning green. Henry Selick followed Nightmare up with James and the Giant Peach (Certified Fresh at 92%), and then the stop-motion/live-action film, Monkeybone (the less said the better). He hit his stride again working with Oregon studio Laika, releasing Coraline in 2009. That studio is a kind of spiritual successor to Nightmare, focusing on darker and consistently acclaimed stop-motion fare like ParaNorman, The Boxtrolls, and Kubo and the Two Strings. Burton himself would return to the medium with Corpse Bride, this time co-directing with Mike Johnson; the movie is Certified Fresh at 84%, but hasn’t quite endured in the same way Nightmare has. Across the pond, Aardman Animation had been producing claymation animated series like Wallace and Gromit for decades before Nightmare‘s release, but it was only in its wake that they released their first feature, Chicken Run – which remains one of the best-reviewed animated movies ever. Lately, Wes Anderson has taken to the form for two canine-centered stories, applying his signature particularism to Fantastic Mr Fox and, this year, Isle of Dogs. Stop-motion films perform particularly well on the Tomatometer, too: stop-motion movies released over the last 10 years have an average Tomatometer of almost 90%.

Do you still watch Nightmare every Christmas – and Halloween? Ever dressed as Jack or Sally? Still remember the lyrics to “This is Halloween”? Share your Nightmare Before Christmas memories below.

The Nightmare Before Christmas was released October 13, 1993 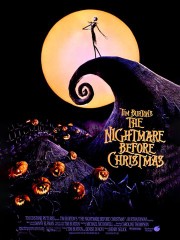 How the Wizards Behind Marvel’s What If…? Give the Hit Animated Series Its Prestige Look, Signature Thrills, and “Kirby Crackle”