Nightingale Director Jennifer Kent: It's Not My Job To Make The Audience Feel Safe

Her brutal, acclaimed follow-up to The Babadook is leaving people shaken, but the director makes no apologies for her unflinching look at history as it happened. 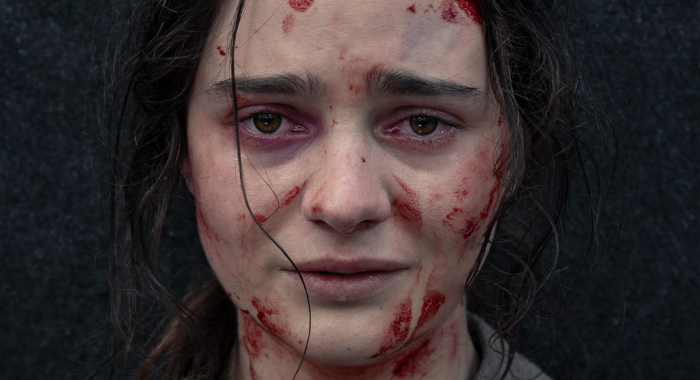 (Photo by Courtesy of Sundance Institute | photo by Kasia Ladczuk.)

Five years after The Babadook made Jennifer Kent a household name – at least within the homes of adventurous filmgoers with a thirst for smart and terrifying horror – the Australian director returns with a brutal, controversial, and Certified Fresh surprise. For her second feature film, The Nightingale, Kent moves away from the horror genre and jumps back in time to 1825 Tasmania, the small island at the base of southeast Australia from which some of the darkest stories of the nation’s colonization have emerged. It’s a bleak setting for a brutal story. Irish convict Clare (Aisling Franciosi) seeks revenge on a British officer (Sam Claflin) after he and two other men rape her and kill her husband and baby. Her chase takes her through the wilderness of Tasmania as the officer and his crew head north to the city of Launceston; to navigate the woods, she enlists – steals, really – Aboriginal man Billy (Baykali Ganambarr) to work as her tracker. At Sundance in January, where the film had its U.S. debut, a number of audience members walked out of the premiere screening, mirroring reactions at other film festivals where the film has screened. There are multiple scenes of rape, two of them extended, and moments of extreme violence. But there is also an unflinching honesty that drives the film, a rage, and a refusal to turn away from the brutality of colonial history that many are hailing as an overdue corrective to more sugarcoated readings of the period. Rotten Tomatoes met with Kent the day after the Sundance premiere at a hotel lobby in Park City, Utah, to talk about reactions to the film and the director’s determination to throw a torch into dark corners, no matter how uncomfortable it makes those who have to look.

Joel Meares for Rotten Tomatoes: When you introduced the film last night, you said you didn’t necessarily think of it as a period film, but a contemporary film. What did you mean by that?

Jennifer Kent: I mean, I think of it as a myth. Not in that it’s untrue, but just, I love myth. I love mythical stories, but I don’t really love period dramas that kind of focus on costumes and sweeping images. I guess I meant that the concerns of the film are modern. You know? Charlie says, ‘It’s a really brutal time.’ But I think [the time] where we’re living now is brutal.

Rotten Tomatoes: Watching with an American audience, when you made the comment about it being a brutal time, I think everyone sort of chuckled assuming it was a reference to U.S. politics. But being at that screening so close to Australia Day [which marks the day the first fleet of British settlers arrived to colonize the country], it felt much more directed at Australia and the debate around Indigenous rights and history there. It hit hard.

Kent: Yeah, well I’m really happy to hear. Not happy to hear it hit you, but…I mean, I am, because I feel I have so much to say. I went to the Adelaide Film Festival, and I was really scared about how the Australian audience would take it to be honest. I just thought, we’ve had such a blind spot in the past historically. And I think we went in with such sensitivity to that, but we couldn’t not tell [certain parts of the story]. You can’t not include those things in 1825 Tasmania because that is what happened. But also I think in order for this to change we need to shine a light on the darkness. Then we will really start to move forward, I think, have some kind of reconciliation and evolution together. 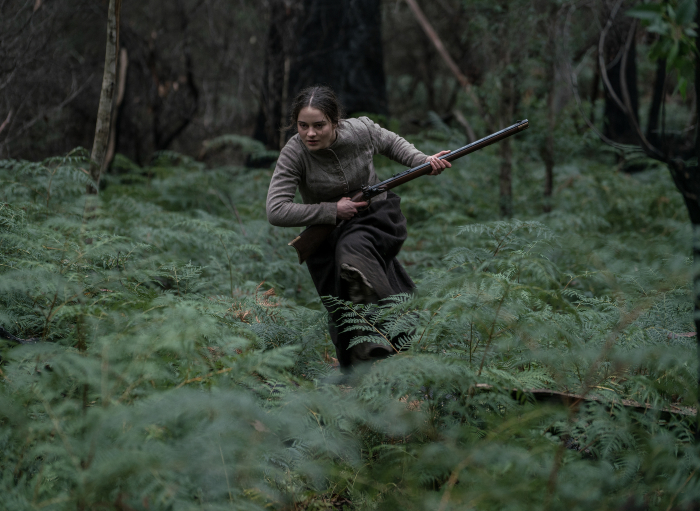 Rotten Tomatoes: How was the reaction at that first Australian screening in Adelaide?

Kent: So yeah, I was really scared. And at the end of the screening no one left, no one clapped in the credits. It was dead silence for the whole, I don’t know, those credits were four minutes or something. Then after the music ended and the screen went black, they stood up and gave a standing ovation for several minutes. And it really felt real – because Australians don’t give standing ovations.

Rotten Tomatoes: The film contains some brutal scenes, including two extended rape scenes and then there’s a smashing of a man’s head, shown graphically. How sensitive are you in shooting and editing in terms of how far to take it and how much an audience will be able to take?

Kent: I mean yes that’s violent, but no more violent than, say, Game of Thrones. But I don’t think that’s what disturbs people. I think it’s all context. For example, if you sat and broke down that big long scene in the hut [in which Franciosi’s character Clare is assaulted by three men], there are only faces. It’s just human emotion. That blows my mind that that’s what really angers people. And you know, I’ve been asked, ‘Do you feel you have the right to put this on screen?’ Well I don’t believe in artist censorship for one, but I also think, ‘What are you asking me to censor? Human emotion? Is that what you want me to take out? Human hatred and rage?’ No, I won’t do that. A person [at the Q&A] last night had said, ‘How are you going to get this film seen across the world, because you show a baby being murdered?’ And I said, ‘No I don’t.’ I said, ‘Your mind saw that. I don’t show that on screen.’ I’ve seen it thousands of times, I know I don’t show it.

I could tell you all sorts of terrible stories that are documented historically that happened in that period that would just shock you to your core. And I think the only thing I think I can say is, I ask the idea, ‘How far do I need to go?’ And the idea tells me. I’m in service to the story. I try with all my heart to tell the purest story I can. It’s not about me.

Rotten Tomatoes: The film gives audiences an incredibly blunt, unfiltered portrayal of the way indigenous Australians were treated in that period – and for a long time after. It’s like no film I’ve seen in that way. There are rapes; Billy is treated like an animal. You don’t turn away from anything. And it’s confronting and hard to watch at times.

Kent: It is. It is. I mean all I can say is the Aboriginal people who worked on the film are so proud of it. You know I wish Baykali [Ganambarr, who plays Billy] was here. He’s doing a tour, a world tour with his dance group, but he always says, ‘It’s not sugar coated. It’s as it was.’ And I’m really proud of it.

Rotten Tomatoes: Baykali’s performance is incredible in this film. It’s a shock to hear it’s his first role.

Kent: He hasn’t acted before, but he’s an experienced dancer, so he understands performance. I can’t speak highly enough of Baykali. I love him and he’s a genius actor. Incredibly bright, emotional intelligence. So dedicated. So easy to work with. He just was Billy. He really understood the character. You write a character like that and I thought, ‘How the hell am I gonna, A, find them and, B, direct them?’ It was just meant to be.

Rotten Tomatoes: He’s well matched by Aisling. I remember seeing her in The Fall a few years ago and thinking that she stood out. And the character of Clare is fascinating: She’s sympathetic because of what happens to her at the beginning, but then she loses some of our sympathies because of the way she treats Billy initially. She’s racist and brutal in the same way as the British officers. Was there any temptation to smooth those edges down?

Kent: No. I mean it’s what I tried to do with Essie [Davis], who played Amelia and The Babadook, as well. For example, Amelia going, ‘Oh, my sick kid, I’ve got to go home and look after him,’ and then she goes to the shopping center, has ice cream, and sits. She doesn’t want to be with her child. It’s really important when I’m creating characters to find, you know, a human being. We’re all complex. And I think Clare is a product of her time. And people were racist. That old man towards the end, there were people like that and that’s why he’s in there, because there were people who understood that this system was wrong. It wasn’t a collective blind spot. There were people like him; he wasn’t just a fantasy or hope of mine. People like that existed in history books. They’re there. Just not many.

Rotten Tomatoes: Speaking of horror, because that audience does know you from The Babadook. The movie has a kind of horror structure starting out; something like I Spit On Your Grave or Last House on the Left, with a big brutal thing happening and us expecting then some sort of satisfying revenge. But it doesn’t stick to that at all, and doesn’t give us that.

Kent: If you love those movies you’ll be terribly frustrated by this film, really, don’t you think? Be like, ‘What’s going on? What’s this with the, you know, compassion and empathy?’ No. I don’t want that. But you know it’s a backdrop. It’s not a right revenge film. It’s not.

Rotten Tomatoes: [SPOILER WARNING for the end of The Nightingale]. Indeed. She doesn’t even get to be the one who gets to do the avenging in the end. Was there any temptation to have her do the killing and give the audience that catharsis?

Kent: Only from the financiers, not from me. I’m not interested in giving an audience satisfaction. I think often we’re fed stories that are comforting and for all the wrong reasons. And more and more it’s happening. I think that’s not personally my job to spoon feed people, or make them feel safe, or make them feel better about the world.

Rotten Tomatoes: What do you see as your job?

Kent: I think my job is to serve the story that comes to me, hopefully on a deeper level. And to move people in some direction. And I can’t be responsible. It’s like, you put a painting on the wall, but you can’t be responsible for how people feel about it. I know in my own life, for example, it’s the story I always remind myself of: I saw Mulholland Drive and I hated it. I was so angry, you know, it’s two-and-a-half hours long, nearly three hours long, and I was so pissed off. I was like, ‘This is stupid stuff with the box.’ And really irritating. Even though I loved her performance, it really irritated me. Then I’ve seen it like 10 times since then. Now I realize it was no problem with the film, it was me that was the problem. I appreciate so much more his vision. And I love it, it’s a masterpiece. I never thought that I could change my opinion or feeling about a work of art, but you can. So, we can’t as artists bow to what we think people [want], you know. You can’t want to be liked. 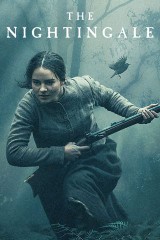