Mysterious X-Men Spinoff May Be a Classic Christmas Story, and More News

Willy Wonka to be remade again, Den of Thieves gets a sequel, and new roles for Michael Fassbender, Robert Pattinson, Willem Dafoe, Melissa McCarthy, and Jake Gyllenhaal, among others.

Today’s Ketchup brings you ten headlines from the world of film development news, covering titles such as Five Nights at Freddy’s, Kung Fury, and reboots of House Party, Transformers, and Willy Wonka. 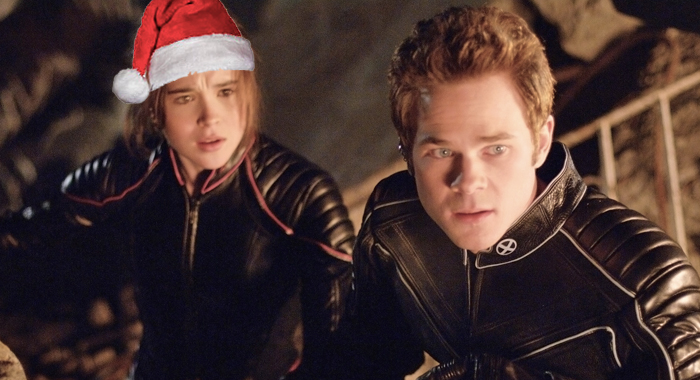 About a month ago, the news broke that Deadpool director Tim Miller is now developing an X-Men spinoff focusing on Kitty Pryde, also known as Shadowcat, who can “phase” through solid objects and who has most frequently been played in the movies by Ellen Page. This week, it was revealed that the untitled project has the code name 143, which may be a big hint as to what the film might actually be. Uncanny X-Men #143 was published in March, 1981 (but really on stands around Christmas) and focused on then-new X-Men member Kitty Pryde, who was alone in the Xavier mansion during Christmas when it was invaded by an N’Garai demon. In the decades since, the story has become a fan favorite, and longtime writer Brian Michael Bendis is now reportedly developing the 143 project. It also sounds like 143 would recast Kitty Pryde with a younger actress, given the nature of the story. In other related news, Marvel Comics is planning a big event this May around the (fictional, obviously) wedding between Kitty Pryde and (Deadpool costar) Colossus (who have been in an on-again-off-again relationship since the early 1980s).

1. WILLY WONKA TO TAKE A THIRD TRIP TO THE CHOCOLATE FACTORY

In 2015, Swedish director David Sandberg (not to be confused with David F. Sandberg, director of Lights Out) delivered a 30 minute action comedy short called Kung Fury (which you can watch right here). The original short, which was the result of a successful Kickstarter campaign, delivered a gonzo, runaway flurry of 1980s genre references and homages (sort of like Ready Player One with more of a sense of humor). Sandberg is now preparing a feature length version of Kung Fury, and this week, the project attracted two major talents. First, Michael Fassbender signed on to star in the lead role in the sequel about “Kung Fury, the greatest damn cop of all time [whose] Thundercops are the ultimate police force assembled from across history to defeat the villainous Kung Fuhrer, Adolf Hitler.” Soon after, Arnold Schwarzenegger also signed on, and David Hasselhoff is attached as well.

(Photo by Dan McFadden/Focus World, A24)

Ever since director Robert Eggers had a surprise hit with his indie horror film The Witch (Certified Fresh at 91%) in 2016, there has been speculation about what his next film might be (including a possible remake of Nosferatu). We now know that Eggers’ next film will be another period horror film, this time set in the early 20th century and involving seafaring mythology. Robert Pattinson and Willem Dafoe will be the film’s stars, coming off critical success for their roles in Good Time and The Florida Project, respectively.

If you’re a fan of basketball star LeBron James, you may recall that he has long been attached to star in the sequel Space Jam 2 (if it ever actually gets made). In the meantime while the world waits for that film to happen (or not), James has moved on to being involved with another revisit to a 1990s favorite. This time, it’s the 1990 Kid ‘N Play comedy House Party (96% on the Tomatometer), which also received two sequels in 1991 and 1994. The new film will be written by Stephen Glover and Jamal Olori, writers of the hit series Atlanta (starring Glover’s brother, Donald). LeBron James is also producing a basketball comedy called Hustle about a basketball scout who attaches himself to a Chinese “streetball” phenomenon.

5. MELISSA MCCARTHY AND TIFFANY HADDISH COOKING UP THE KITCHEN

In November, we learned that one of the first projects that Tiffany Haddish is attached to following her success in Girls Trip is an adaptation of a Vertigo Comics series called The Kitchen. As is common with Vertigo titles (like Sandman, Hellblazer, and Preacher), The Kitchen is not a superhero story, but is instead a gritty mafia tale set in Hell’s Kitchen in the 1970s as three mob wives take over their husband’s businesses after their arrests by the FBI. We can now report that the second of these wives will be played by Melissa McCarthy, continuing the theme of popular comedy actresses signing on for this violent crime drama. Who will be the third? Amy Schumer, maybe?

6. JAKE GYLLENHAAL, ANSEL ELGORT, AND ZENDAYA ARE THE FINEST KIND OF MOVIE STARS

2017 was a big year for Ansel Elgort (who starred in Baby Driver) and Zendaya (who costarred in Spider-Man: Homecoming and The Greatest Showman), and of course, Jake Gyllenhaal is a star in his own right. The reason we mention these three stars is that they have now been cast in the same movie together, a Boston crime thriller called Finest Kind. Jake Gyllenhaal and Ansel Elgort will play brothers in Boston who “strike a dangerous deal with a crime syndidate.” Finest Kind will be written and directed by Brian Helgeland (who famously wrote L.A. Confidential). Until recently, Helgeland had a streak of Rotten scores, but recently Helgeland had three Fresh films in a row (Salt, 42, and Legend), so we’re hoping this new streak will continue with Finest Kind.

In 2015, director Chris Columbus (Home Alone, Harry Potter and the Sorcerer’s Stone) attempted to start a new franchise in the form of Pixels (Rotten at 17%), using classic video game characters like Pac-Man and Space Invaders. The result was a critical and box office flop, and three years later, there are zero plans for a Pixels 2. That does not mean, however, that Chris Columbus has given up on video game adaptations quite yet, as he has signed with horror production company Blumhouse to write, direct, and produce an adaptation of the popular video game franchise Five Nights at Freddy’s. In that game (and its many sequels), the player takes on the role of “a security guard battling animatronic robots that come to life in a Chuck E. Cheese-like venue.” We may someday live in a world where video game adaptations regularly receive good reviews, but unfortunately, we’re not quite there yet.

2. DEN OF THIEVES DID JUST WELL ENOUGH TO WARRANT A SEQUEL

The plus side for action movies like Den of Thieves that can be made on a relatively small budget of $30 million is that the bar for “success” is far lower than for, say, big superhero tentpoles. So, the fact that Den of Thieves has made $42 million since its release last month (1/19/18) means that its distributor STX Entertainment sees potential in starting a franchise, despite its 39% Tomatometer score. With that in mind, we can report that STX is indeed developing a sequel to the action drama, with three of its stars either attached (including as producers) or in talks to return. Curtis “50 Cent” Jackson will produce and star, Gerard Butler is attached to return, and O’Shea Jackson Jr. (Straight Outta Compton) is also in talks to return.

1. THE TRANSFORMERS FRANCHISE MAY GET A COMPLETE REBOOT IN A FEW YEARS

A few years ago, there was a lot of press about Paramount’s “writers room” for the Transformers film franchise, but last summer, we learned that it had been been disbanded. This came a few months after Michael Bay revealed that there were FOURTEEN movies in development. As of this writing, we have the 1980s-set Bumblebee spinoff prequel coming late this year (12/21/18), and Transformers 6 was scheduled for the summer of 2019. Well, this week there was reportedly a Hasbro investor preview leading up to the 2018 New York Toy Fair, and the big reveal from this call directly involves the future of the Transformers movies. We’re still waiting on mainstream confirmation of this story, but it appears that Paramount has yanked Transformers 6 from their release schedule. Instead, the plan after Bumblebee may be for the franchise to be completely “reset,” possibly starting with a big “Paramount/Hasbro Event Film” scheduled for the summer of 2021. The Transformers franchise has one of the most Rotten Tomatometer records. Can a reboot really fix it?