Longtime Harry Potter director David Yates understood the weight of the franchise's final showdown and stuck with his instincts to deliver an emotionally satisfying resolution.

Watch: David Yates on the final battle of Harry Potter and the Deathly Hallows – Part 2 above.

In 2019, Rotten Tomatoes turns 21, and to mark the occasion we’re celebrating the 21 Most Memorable Moments from the movies over the last 21 years. In this special video series, we speak to the actors and filmmakers who made those moments happen, revealing behind-the-scenes details of how they came to be and diving deep into why they’ve stuck with us for so long. Once we’ve announced all 21, it will be up to you, the fans, to vote for which is the most memorable moment of all. In this episode of our ‘21 Most Memorable Moments’ series, director David Yates breaks down the Harry Potter franchise’s defining, climactic battle between good and evil.

Movies rarely come with the kinds of lofty expectations that were foisted upon the Harry Potter franchise, but movies are also rarely adapted from existing properties that are widely beloved, pop culture-defining global sensations. Thankfully, Warner Bros. found the right people to place both in front of and behind the camera to bring J.K. Rowling’s Wizarding World to cinematic life, and the result was one of the most critically and commercially successful film franchises ever to flicker across the big screen.

David Yates has served as the series’ go-to director beginning with the fifth film, Harry Potter and the Order of the Phoenix; he’s since helmed every movie in the franchise, including the two recent Fantastic Beasts spinoff installments. His biggest challenge lay in bringing the original series to a close in Harry Potter and the Deathly Hallows – Part 1 and Part 2, the latter of which was to feature the climactic battle between Daniel Radcliffe’s Harry Potter and Ralph Fiennes’ Lord Voldemort. But Yates had a specific vision in mind for the final book in the series. 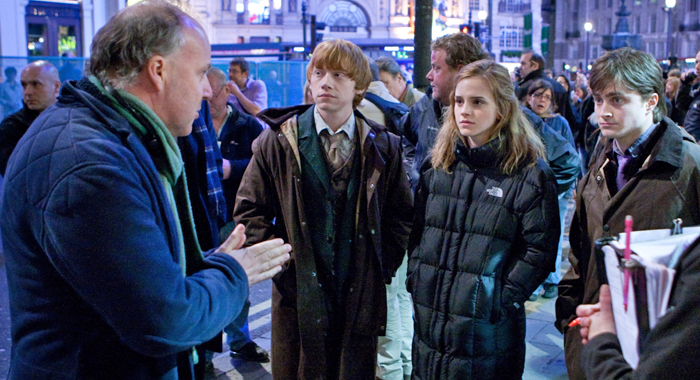 “I read the book and it felt, to me, that you could create two interesting films.”

“It was Lionel Wigram, who’s one of our lovely producers, who felt maybe this movie could fall into two parts, because it was quite an extensive book. I read the book and it felt, to me, that you could create two interesting films. One was very much the kind of blockbuster, entertaining conclusion to the whole series, which had lots of bells and whistles and lots of battles and a great deal of scale, and then the first one — when Harry, Ron, and Hermione are out in the real world for the very first time, away from school, having to learn some really hard life lessons — that, to me, felt like it could operate almost as an independent movie on its own terms. Very small-scale, very delicate. A much more intimate movie, if you will.

I used to joke with Steve Kloves, who adapted Hallows Parts 1 and 2, that we were probably making the most expensive European art house movie ever with Hallows Part 1, because it didn’t feel like a big movie, with all the bells and whistles. It felt much more intimate and much more delicate than that. And then, of course, with Part 2, we were able to finally round out the series, and that felt much more appropriate that we sort of went out with a bang.”

“You stick with what you feel is right and what’s true, fundamentally. And I think we did it.”

“There was… this feeling that, there had been seven movies, and you had to kind of come out in a way that fulfilled everyone’s expectations. Especially your own, in terms of turning this epic story that Jo had created. So I think that was probably the biggest challenge, and knowing that expectations were sky high, and that people wanted to have a properly satisfying emotional resolution to this series of stories. Knowing that you have those expectations on your shoulders, you follow your instincts, and you stick with what you feel is right and what’s true, fundamentally. And I think we did it. Just sitting with an audience in all the test screenings as we were finishing the film, you could feel it in the room that people who had stuck with you on that journey across all those movies felt moved and elated by the end. It was a very satisfying feeling.”

Beginning with the first film in 2001, each of the Harry Potter movies came somewhere between four or five years after their source novels were published. In other words, when Harry Potter and the Deathly Hallows – Part 2 arrived in 2011, book readers already knew what was coming: an epic showdown between Harry Potter and Lord Voldemort. As Yates explains, he made a conscious decision to deviate from the book. 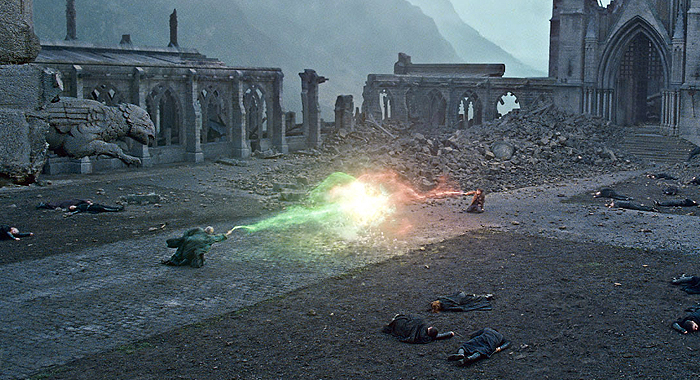 “I always felt it would be wonderful to give this confrontation almost the feel of a Western.”

“This relationship has been ongoing throughout this series of stories, but it’s only really in this final movie that we get to spend some substantial time with them finally facing each other. In the book, that confrontation takes place in the Great Hall, and I always felt that it was important, in a way, having waited seven movies for this confrontation to finally take place, I always felt it would be wonderful to give this confrontation almost the feel of a Western. So it’s very iconically defined by these two figures in this vast courtyard, facing off with each other. Not with necessarily a big audience, as took place in the book, but something that felt much more singular, and the architecture and the landscape of the school was very much like a Western.

Harry sort of carries the spirit of Voldemort, in part, and they have this unity, and I had this idea that Harry and Voldemort are at the top of a school tower, and as they confronted each other… Dan would grab Ralph, and actually pull him off this tower, and they would apparate around the school together, and as they apparated around the school together, we’d explore this weird visual synthesis that exists between the two of them, and they’d eventually tumble down into the courtyard.”

“The sequence became about a boy facing down… this demon that had haunted him right throughout his childhood.”

“So, I always wanted to get it out of the Great Hall, away from an audience, so the sequence became much more about a boy facing down this nemesis, this demon that had haunted him right throughout his childhood. This is the figure that had killed his parents. And so it became a much more iconic, singular battle between these two figures. I like that singularity and I like that simplicity, because you could really focus right into Harry’s eyes and Voldemort’s realization, in the moment when he loses the Elder Wand, that he’s beaten. So for me, I like taking it into this down and dirty place, where it was literally a scramble in the mud to finally decide who was gonna win that battle that had been going on for such a long time. And that leanness and earthiness was always something that I felt was right for that final confrontation.”

The Impact: Fantastic Success and How to Find It 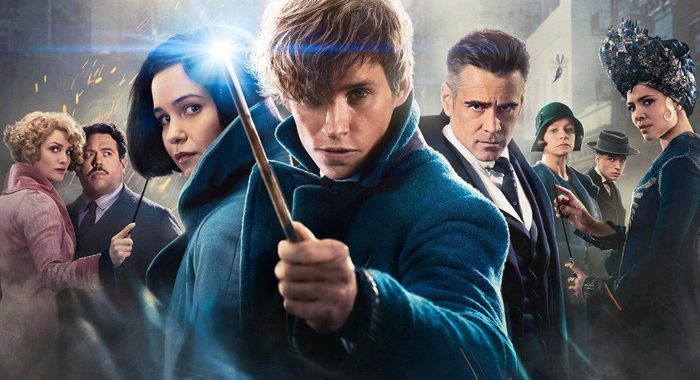 J.K. Rowling’s Harry Potter novels were a worldwide phenomenon unto themselves, but the film series launched that phenomenon even further into the stratosphere. The so-called Wizarding World now includes a spinoff film series, theme park attractions, video games, and even a West End stage production that follows up on Harry Potter’s story 19 years after the events of Deathly Hallows. The series’ early and frequent success spawned a mad rush to find the next Young Adult-aimed sensation, and others like The Hunger Games, Twilight, Divergent, and The Maze Runner — as well as a slew of unsuccessful would-be franchise-starters — followed in its footsteps.

The Harry Potter series is also one of just a handful that can boast Certified Fresh installments from beginning to end, signaling consistent critical acclaim, and it ranks as the third highest-grossing of all time, behind only the Marvel Cinematic Universe and the Star Wars saga. Harry Potter and the Deathly Hallows – Part 2 is the culmination of seven movies over the course of a decade, and to put it in context, it’s not only the best-reviewed film of the series at a Certified Fresh 96% on the Tomatometer, but it’s also the highest-grossing of the bunch, earning a massive $1.3 billion at the global box office. That was enough to make it one of the top 10 highest-grossing films of all time… until the recent release of Avengers: Endgame knocked it down to number 11. Still, that’s no small feat.

Of course, for those who can’t get enough of the Potterverse, there’s still the Fantastic Beasts films, the most recent of which opened just last November. It’s unlikely that series will be able to replicate Harry Potter‘s extraordinary accomplishments, but as David Yates’ Harry Potter and the Deathly Hallows – Part 2 so clearly demonstrated, it takes time and a whole lot of careful craftsmanship to build to a fantastic, emotionally gratifying finale. Given another decade’s worth of thoughtful storytelling, Fantastic Beasts may yet earn its own “Harry vs. Voldemort” moment.

Harry Potter and the Deathly Hallows – Part 2 was released on July 15, 2011. Buy or rent it at FandangNOW. 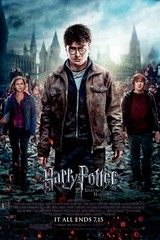