Doctor Sleep writer-director gives an update on his two new Netflix projects, The Haunting of Bly Manor and Midnight Mass, and shines a light on indie horror with recommendations for what to watch while you're hunkering down at home. 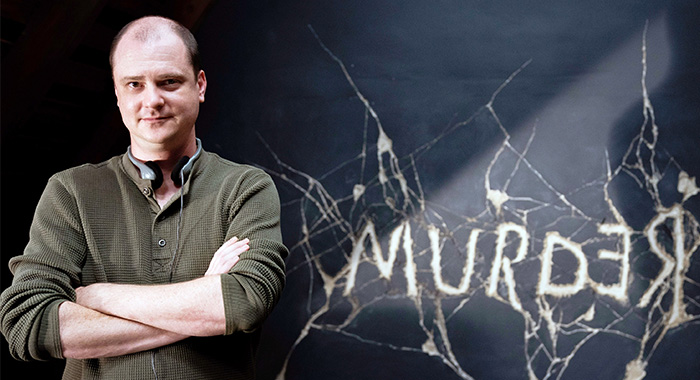 Mike Flanagan (Doctor Sleep, Gerald’s Game) was looking at a banner year, with the pending release of The Haunting of Bly Manor, the second installment to his hit Netflix series The Haunting of Hill House, and the start of production for his next project with the streamer, Midnight Mass. Then the entertainment industry shut down, with TV and film productions suspended as precautionary measures in response to the COVID-19 crisis.

“Midnight Mass was two days away from principal photography when we shut down,” Flanagan told Rotten Tomatoes when we checked in with him recently. “I flew my family out of Vancouver just before they closed the border, and I could actually see some of the exterior sets we built from the airplane. A few days before the shutdown, we had a table read of all seven episodes with the full ensemble, and it was amazing. This show is so special to me. It was surreal to just put everything down and walk away from it.”

The series, according to Deadline, follows “an isolated island community that experiences miraculous events — and frightening omens — after the arrival of a charismatic, mysterious young priest.” The series creator has been building up to this show for years now, with it beginning as an Easter egg in movies Hush and Gerald’s Game.

Flanagan may not know when things will pick back up, but he’s confident they will: “Netflix has gone above and beyond when it comes to taking care of the cast and crew on its suspended shows. They’ve been adamant that as soon as it is safe, whenever that is, we will pick up right where we left off and get Midnight Mass back into production right away.”

“We’re in post-production now and on schedule, and have been able to keep post moving by setting up remote editing systems in people’s houses,” Flanagan revealed. “I just can’t say what that schedule represents as far as release before Netflix makes their official announcement, but I can say that there isn’t any talk of changing the plan, at least as of yet.”

Now with some epic downtime on his hands, Flanagan said his viewing habits have been “all over the map.”

“Last night we watched Once,” he said, “and we’ve been bingeing Patriot on Amazon. I’m almost finished with season 1, and the ‘rock, paper, scissors’ scene is absolutely stunning. I’m halfway through War of the Worlds on Epix, and last week I had a positively weird triple-feature of Apocalypse Now, [Andrei] Tarkovsky’s Stalker, and A River Runs Through It.”

While each of those titles — all Fresh or Certified Fresh at 80% and higher on the Tomatometer — is definitely worth a watch, the filmmaker has a few other recommendations for viewers at home. Many may know the man from his horror work in television, but Flanagan’s career began in the indie film world, and that’s where his heart still lies.

“I figured I’d take this opportunity to amplify some independent horror films,” Flanagan said. “My debut feature Absentia was championed by a number of people in the horror community and spread entirely by word of mouth, and it’s entirely because of that support that I have this career.”

While some of these indie horror movies can be found on the likes of Netflix, Hulu, and Amazon, Flanagan suggests if you can afford to go the extra step and make a purchase, that type of support speaks volumes.

“These are the kind of movies where such purchases make a difference,” he says. “That kind of demonstrable audience helps more films like this get made, and helps these filmmakers have more ammunition to keep making the kinds of films they make. I can speak from personal experience that each and every rental or purchase makes a real and tangible difference.”

Read on for Flanagan’s list of favorite indie horror films, “Each of which,” he adds, “would be well worth your time as we all do our part to mitigate the spread of this real-world horror.”

Issa Lopez’s urban fairy tale is smart, scary, and so beautifully crafted. Part exploration of childhood trauma, part crime-fantasy, and all rendered with skill, heart, and talent that cements Lopez as an auteur to watch. There is a palpable magic to this movie, and the classic feeling of seeing children lost in the woods … in this case, the dark forest is an urban jungle, and the monsters that call it home are decidedly human.

Ana Lily Amirpour is a badass. This vampire tale is impossible to categorize and utterly unique. This is a genre-bending tour-de-force, a hypnotic journey through the desolate streets of a dreamscape. Even accurately describing the film as a “black and white, Persian vampire-Western” doesn’t do it justice. If you haven’t seen it, I’m jealous … you’re in for an unforgettable treat.

This wickedly funny thriller by Rob Grant puts three characters onto a boat, sets them adrift in the middle of nowhere and then lets their individual natures do the rest. Dark, unpredictable, and downright mischievous in its humor, this punches well above its weight. Come for the excellent performances, stay for the twisty, turning plotting. A real delight across the board.

I have been recommending Joel Anderson’s unforgettable film to people for years and used to actually stockpile copies of it to give away. This wonderful ghost story presents itself as a documentary of a family’s haunting, complete with talking-head interviews, but reveals itself to be something else entirely. There is a tragic secret at the heart of Lake Mungo, and for all the chills (and believe me, there are many), I wasn’t ready for just how impactful the tragedy would be. I’ve been waiting since 2008 for the next Joel Anderson film.

Man does this movie hit me in the heart. Yolanda Ramke and Ben Howling have crafted a zombie movie unlike any other I’ve ever seen, with a dynamite hook and an emotional through-line that affected me way more than I was expecting. As a parent, this movie seized me by the heart. The final moments are as beautiful and poignant as I’ve seen, in and out of the genre. I was so impressed, in fact, that I had to get these filmmakers involved with The Haunting of Bly Manor (they direct two episodes).

Liam Gavin’s horrific descent through one woman’s hell, toward the possibility of forgiveness, is in a class all its own. What starts as a supernatural revenge fantasy quickly becomes something else entirely: an exploration of the horrors of grief and rage, anchored by Catherine Walker’s devastating performance. Like Cargo, I had barely finished wiping my tears as I tried to track down Liam to offer him some episodes of Bly Manor (he directed two).

I had a hard time choosing which film by Aaron Moorhead and Justin Benson to include on this list — every film they’ve ever made belongs here. Resolution and Spring are both miracles of low-budget filmmaking. I went with The Endless because of the additional joy I get watching Aaron and Justin act in the film. This time-bending, mind-bending classic is the tale of two brothers who stumble into strangeness when revisiting the UFO death cult they’d escaped as children. I love this movie and all of their work.

Perhaps one of the greatest miracles of DIY filmmaking I’ve ever seen, Perry Blackshear’s debut feature was made with virtually nothing (no crew, no cash, no crafty), just some friends who poured their hearts, souls, blood, and tears into telling a great story. Blackshear doesn’t just do a lot with a little here — he conjures things out of thin f–king air. This creepy, subtle, tragic, and ultimately uplifting tale of insanity and friendship is one of my all-time favorites and an inspiration to anyone who wants to make a movie. You can if you have the heart! This film proves that’s all you really need.

Matthew Holness’ viciously bleak tone poem is one of the most unsettling horror films I’ve ever seen. The atmosphere of dread he creates is so thick it actually seeps into you as you view it, and you feel … well, you feel stained by the time you reach its conclusion. Featuring a tour-de-force performance by Sean Harris and some of the most nightmare-inducing imagery I’ve ever seen in an indie horror film — Holness is a force to be reckoned with.

Patrick Brice and Mark Duplass are magicians to me. In addition to sharing writing duties, Brice directs, and both give amazing performances in one of the most wicked, fun, unsettling found-footage films I’ve ever seen. Watching this movie is like feeling a beartrap slowly close around your neck, and being unable — or unwilling — to free yourself before the final blow. And if you think the name “Peachfuzz” isn’t necessarily terrifying, well … think again. Followed by a sequel that is — no lie — just as good.

Adam Robitel’s found-footage shocker functions just as well as an exploration of dementia and its effects on a family as it does a terrifying story of possession. Performances are stellar across the board, but it is the fearless turn by Jill Larson as the titular victim of demonic activity that lingers with you after the credits have rolled … well, that and the shot. If you’ve seen it, you know the one.

Karyn Kusama’s quiet, deeply unsettling urban nightmare tells the story of a simple dinner party that begins to feel — wrong. To what extent it is wrong, how deep that abyss opens, is one of the most stunning and impactful elements of this terrific movie. The last harrowing moments are something to behold, but it’s the final moment of the film — as quiet and simple as any I’ve seen — that carries with it an implication of true horror. The shot itself is innocuous; it’s what it means that will haunt you.

This movie came completely out of nowhere for me and knocked me down. Zach Lipovsky and Adam B. Stein have crafted a dark sci-fi film that gives Marvel a run for its money. I mean that literally; this film probably had less in its entire budget than a typical Marvel movie spends on snacks. This is a thrilling, dark, scary, and entirely human twist on — well, I’ll let you discover that for yourself. This is a gem, and you won’t be sorry you gave it your time.

Oz Perkins’ chilling and meditative puzzler is one of my favorites. Great performances across the board, what appears at first to be a story about girls encountering a supernatural force when left behind at their boarding school is revealed to be something even deeper by the end. I love this movie for a lot of reasons, but particularly because of how it touches on an unexplored facet of possession stories.