McConaughey is a preacher caught up in a violent criminal conspiracy in Redeemer while Queen Latifah is set to seek justice in The Equalizer in the week's biggest TV news.

For fans of True Detective, the reunion of a mystery-thriller dream team is reason to smile – and potentially shake with fear – as Matthew McConaughey gets together with that show’s creator for a new FX series. Meanwhile, record-breaking Sundance acquisitions are set to bring big laughs and a fascinating real-life experiment to a small screen near you in this week’s roundup of the biggest TV news stories. 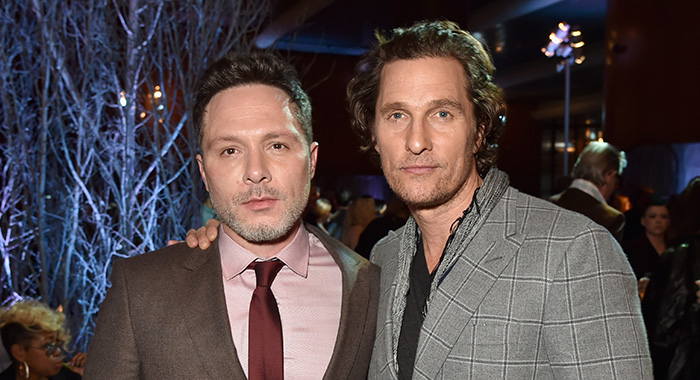 True Detective cohorts Matthew McConaughey and Nic Pizzolatto are reuniting for the first time since their Emmy-winning HBO series. The two will collaborate on Redeemer, an FX drama in which McConaughey will play a former pastor who finds out everything is – preemptive apologies – not alright, alright, alright in his new job as a security guard.

In the series, inspired by the 2019 Patrick Coleman novel The Churchgoer, McConaughey’s security guard investigates the disappearance of a woman in Texas, which leads the no-longer-pious man into a discovery of corruption and violence that will also involve his past.

The project, written by True Detective creator and showrunner Pizzolatto, is part of his new overall deal as he leaves HBO to work with Fox 21 and FX Productions.

McConaughey has also signed a first-look deal with FX. Aside from his ubiquitous Cadillac commercials, Redeemer marks the Oscar winner’s first return to a regular TV role since his Emmy-nominated performance in 2014 for the first season of True Detective.

Not bad for a guy whose first TV gig was re-enacting the case of a murder victim on Unsolved Mysteries. 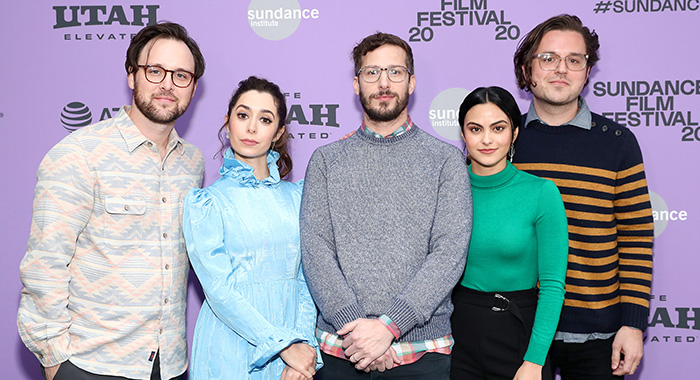 Hulu scored with worldwide rights to the Andy Samberg comedy Palm Springs, and it only cost the streaming service (in a partnership with independent distributor Neon) $17.5 million … and 69 cents. It’s those pennies that broke the record for most expensive acquisition ever at the Sundance Film Festival; the previous record holder was 2016’s The Birth of a Nation, which sold for $17.5 million. Palm Springs is about a wedding guest (Samberg) and maid of honor (Cristin Milioti) who engage in shenanigans that interrupt the wedding celebration after a “surreal, unexpected” event puts an end to their would-be date.  (THR)

Meanwhile, Apple and A24 set a new record for the purchase price of a documentary at Sundance, dropping $12 million for the worldwide rights to Boys State, about an experiment in which 1,000 17-year-old boys from throughout Texas come together to build a new government from the ground up. The previous record holder for a documentary was 2019’s Knock Down the House, which sold for $10 million. (THR)

THE OUTSIDER IS BESTING WATCHMEN VIEWERSHIP ON HBO

The Outsider’s storyline may have viewers puzzled, but they like it. Ratings for the adaptation of Stephen King’s novel of the same name have grown every week for its first four episodes, including for last week’s installment, which aired opposite the Grammys and increased its number of viewers by 36 percent. Total viewers for all four episodes, across all HBO platforms, is 6.7 million, according to HBO. That means average viewership, including Live+Same Day numbers, for the first four episodes is roughly 800,000. The cable network’s other recent hit drama, Watchmen, was averaging 730,000 total viewers an episode after its first four episodes. (Variety)

NEW TRAILERS: GABRIEL BYRNE WONDERS WHO THE REAL VILLAINS ARE IN WAR OF THE WORLDS 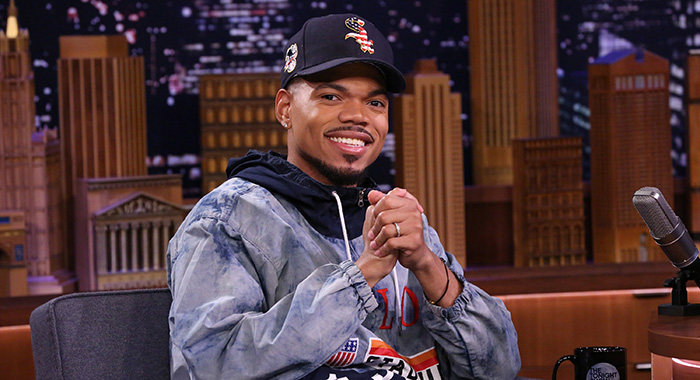 Chance the Rapper will host, and serve as head prank planner, on Quibi’s redo of the MTV reality series Punk’d. Quibi, which launches in April, is also remaking the MTV dating series Singled Out.

Ray Romano will guest star on the Season 4 premiere (March 24, Pop TV) of One Day at a Time, playing a census taker who visits the Alvarez household.

The first live taping of the new season is tomorrow AND our friend Ray Romano is joining us as a special guest star for the premiere! Welcome to the fam! New season of One Day At A Time premieres March 24 on @PopTV. #ODAAT

Orlando Jones has joined the Spectrum Originals cop drama L.A.’s Finest, starring Gabrielle Union and Jessica Alba, in the recurring role of an Internal Affairs member who investigates Union’s Syd Burnett after one of her investigations turns deadly. The role is Jones’ first after the controversial end to his American Gods role. (Deadline)

Peacock’s Saved by the Bell reboot has set some key members of its new generation cast. Mitchell Hoog (Richard Jewell) will play Mac Morris, son of Mark-Paul Gosselaar’s Zack Morris, who is now the governor of California in the update. And Belmont Cameli (Empire) will play Jamie Spano, the football-playing spawn of Elizabeth Berkley’s Jessie Spano. Both Gosselaar and Berkley, along with Mario Lopez as A.C. Slater, will reprise their roles for the Peacock series, while Tiffani Thiessen, who played Kelly Kapowski in the original series, is reportedly in talks to return. Previously announced new cast members include Dexter Darden, Josie Totah, Alycia Pascual-Pena, Haskin Velazquez, Rose Abdoo, and John Michael Higgins as new Bayside High principal Mr. Toddman. 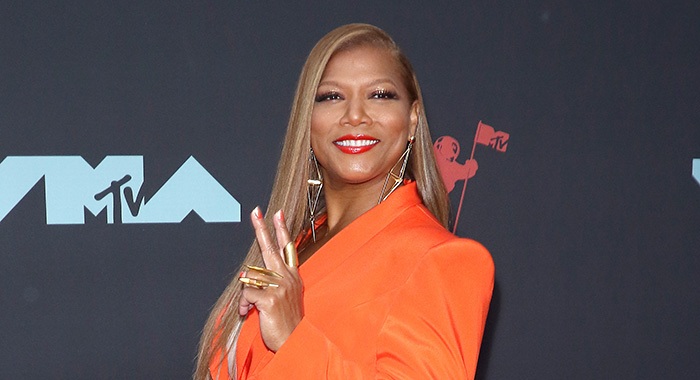 (Photo by Photo by Jim Spellman/FilmMagic/Courtesy of Getty Images)

CBS has ordered a pilot of its reboot of The Equalizer, with Queen Latifah starring as a woman with a very particular set of skills she uses to help people with problems and no one else to help solve them. The show is a remake of the 1985-89 CBS series that starred Edward Woodward, and the 2014 and 2018 movies that starred Denzel Washington.

Brooklyn Nine-Nine and The Good Place creator Mike Schur is teaming with Broad City writers Lucia Aniello, Paul W. Downs, and Jen Statsky to create a dark comedy pilot at HBO Max. The comedy will revolve around two women – a Las Vegas diva who mentors a twentysomething, entitled rich kid. The pilot is the most recent project from Schur, as part of his nine-figure deal with Universal TV. (THR)

Netflix and Sony are teaming up for a movie adaptation of Matilda the Musical (itself an adaptation of Roald Dahl’s classic children’s novel), which will be released in theaters and Netflix in the U.K., and eventually on Netflix around the world. (THR)

The CW announced the theme for the next musical episode of Riverdale: It will be Hedwig and the Angry Inch. The episode, which will air on April 8, finds Kevin Keller (Casey Cott) determined to spotlight Hedwig, especially after Principal Honey (Kerr Smith) forbids it. Each member of the Riverdale gang will perform a song from the play in the special musical episode that, “as always, reflects out characters’ inner lives and struggles,” the network statement reveals. “And amidst all the drama, one forbidden ‘showmance’ begins to blossom.” 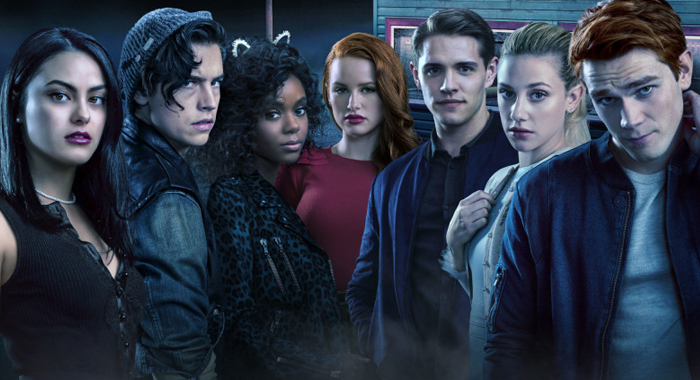 NFL quarterback legend and broadcaster Terry Bradshaw will star with his wife, daughters, and grandchildren in an E! reality series called The Bradshaw Bunch. As per E!: “From real-life hijinks to juggling football, fame and farm life, unpredictable hilarity ensues as Bradshaw and family give viewers a peek into rural living in Oklahoma. Alongside his playful and pranking wife Tammy, entrepreneurial and talented daughters Rachel, Lacey and Erin, and his loveable grandkids, the four-time Super Bowl champion and true country boy finds his most important job is father to his three kids.” The series is set to premiere in summer 2020.

Amazon has given a two-season order to Fairfax, an adult-aimed animated comedy about a group of junior high students who are trying to be the coolest kids on their block, L.A.’s Fairfax Avenue, the center of hypebeast culture. “This show is a love letter to kids today – the generation that will most definitely save the world from global warming, if they don’t die from eating Tide Pods first,” creators Matt Hausfater, Aaron Buchsbaum, and Teddy Riley said in a statement. “It’s a modern look at the timeless struggle to be cooler than you are, to fit in while standing out, and what it feels like to wait in line for a pair of sneakers you’re never going to cop.” (Deadline)

Rose Byrne will star in a new Apple TV+ dramedy called Physical, about a Southern California housewife who “finds an unconventional path to power through the world of aerobics.” (THR)

In more Amazon animation news, Maya Rudolph and Natasha Lyonne are teaming up for The Hospital, an animated comedy pilot at Amazon, the first project from their Animal Pictures joint production company. The story follows Sleech and Klak, two female alien doctors who have to work to find a cure when one of them catches a rare disease from another dimension.

Disney+ is reviving the 2014 ABC reality competition series The Quest. Like the original series, the reboot will be filmed in a castle in Austria, where actors in a scripted storyline will be mixed with teenage contestants who will compete in the fantasy world of the fictional Everealm. (Variety)

Netflix will adapt One Piece, one of the best-selling manga series of all time, as a 10-episode, live-action series. The series will follow the story of Monkey D. Luffy and his “pirate crew as they explore a fantastical world of endless oceans and exotic islands in search of the world’s ultimate treasure.” Lost and The X-Files writer Steven Maeda will write and serve as showrunner and EP of the series, which comes from Tomorrow Studios, the company behind the Netflix adaptation of another manga series, Cowboy Bebop. (Deadline)

How did HGTV miss this one: Quibi is teaming with interior designer Delia Kenza and Bachelorette Season 15 alum Tyler Cameron for the adorably-titled Barkitecture, a show in which dog owners work with Cameron and Kenza to design and build custom luxury doghouses.