The King of Staten Island star gushes about Gene Kelly, Julie Dash, the Little Rascals, and that time she danced with Robert Duvall. 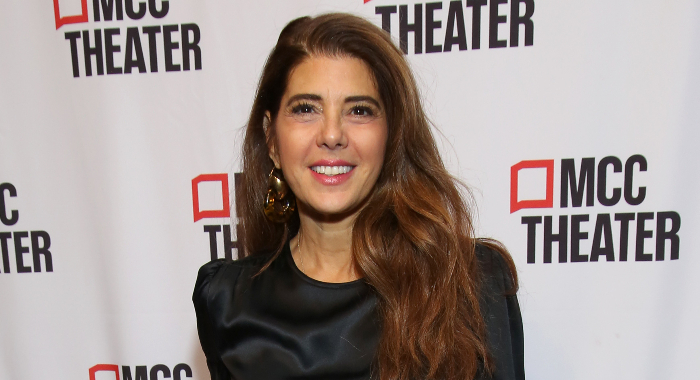 Talking to Marisa Tomei about her five favorite films – which is actually six, and possibly more if you’re going to be strict on the math – goes much as you would expect if you’ve ever watched a Marisa Tomei movie. Opining on her love of Gena Rowlands, Barbara Stanwyck, Robert Duvall, Gene Kelly and more, she’s passionate, hilarious, full of insight, and cheeky as hell; in other words, she’s the Marisa Tomei you know and love from movies like Spider-Man: Homecoming, My Cousin Vinny, and her latest, Judd Apatow’s The King of Staten Island. In the new semi-autobiographical film co-written by and starring Pete Davidson, Tomei plays Margie Carlin, mother of Davidson’s Scott, a twentysomething stoner who still lives at home and is none-too-pleased that mom is dating again. With Tomei winning acclaim for the role, we sat down with her to talk about the movies that shaped her personally and professionally, and the performances – both toe-tapping and soul-crushing – that have stuck with her for decades. 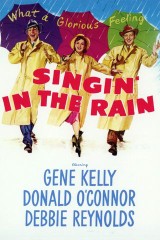 Well, the first one is probably the one that everyone always says, but sorry, Singin’ in the Rain for sure. It has influenced me deeply, and my family. My brother started taking tap lessons after we saw that movie together. It was something that our family would watch all the time together. Then I studied tap following in his and Gene Kelly’s footsteps. I have a signed autograph from Gene Kelly! When I was a little girl, I was so in love with him and would watch the movie over and over and wrote to him and told him I wanted to be an actress. I have his photo and it’s signed by him and it has a little four leaf clover and it says, “Good luck, Gene Kelly.” It makes me so happy, that film. Talking about it now, I’m smiling ear to ear.

Do you rewatch it a lot?

Actually, sometimes my brother and I watch it together, because we love it so much. Then also I’ll just watch snippets of it too… and all the songs, “Good Morning,” and of course that whole bit where she’s trying to coach her out of her New York accent: “I can’t stand it. I can’t stand it.” That whole thing. It’s just the pacing, everything. Stanley Donen also is a huge influence on me. Also, of course, [I love] On The Town, and I was going back and forth [between choosing it and Singin’ In the Rain] because On The Town also has Sinatra, and it also has all the special little places in New York, and then it has Ann Miller. Just the level of talent that was happening in those old MGM musicals is beyond anything. Maybe Justin Timberlake approaches that now, because he can do everything. 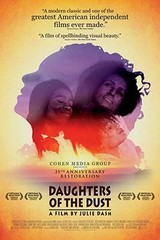 Do you know that film? Julie Dash. Well, I saw this in the early ’90s and have watched it many times since then. It is the rare film that is able to embody a spiritual experience, another realm. There’s something in the way that it was shot, and then of course it was restored. It’s very influential now. But I remember my mind being blown, and I go to it again and again; it’s a spiritual meditation for me. And it has all these incredible specifics of Gullah culture, and the characterizations, and this matriarchal strength – but really it’s the spiritual element. It’s not a cerebral thing. It’s something that’s visceral. She’s able to capture transcendence and to be able to go through time and space, which to me is metaphysical and spiritual, and the film is so deep. 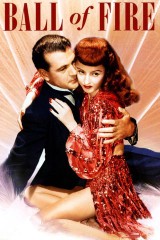 Now for number three, I’m tied – you can help me choose between Ball of Fire and The Lady Eve.

Okay. Which one do you want to watch, like, tomorrow?

Ball Of Fire. Because her name is Sugarpuss O’Shea – it just doesn’t get better than that.

Yes. Barbara Stanwyck was a huge influence on me. Her mannerisms, her elegance, her timing, her high-brow low-brow. And then the pace that Howard Hawks [gives the movie]; it’s a classic Howard Hawks film. And I think just the fish-out-of-water story, like a real broad trying to take over. She’s pulling one over on everybody, a real broad – and also the word play, I really love the word play in any screwball. 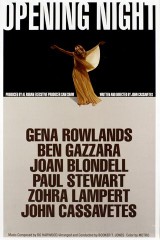 Gena Rowlands and John Cassavetes. [I chose this one] because of Gena, because I watched it when my mind was first opened up to what cinema could be when I was a young actress starting out and discovering the scope of film. Everything that Gena does in this, as well as in A Woman under the Influence, the way that it explores femininity and masculinity and the devastating edges of masculinity, as well as so many colors that a woman can be – her fierceness, her devastation, her heartbreak, her going mad. And then to understand a film could be shot in someone’s house, that you could just do this – you could find a way to carve your own path away from prescribed studio roles. So, I chose this for the whole package.

And I had the honor of working with Nick [Cassavetes, son of John and Gena] and Gena in a film that Nick directed and I saw that it was a completely different way of working than I had ever been exposed to. The collaboration between all the departments and how we were all… you hear it a lot, “we’re like a family,” but in that case, it really was. Everyone was together. The relationship, for example, between me and the set designer was extremely close because Nick wanted it that way. He said, “Well, this is your character. Where would you live? Let’s all do this all together.” So that makes for a more relaxed performance and it’s just more fun.

Opening Night is also important to me because it’s about the theater. Those scenes where she’s backstage and about to go on, or the scenes in the rehearsal room, but particularly when she’s about to go on stage, that visceral thrill and terror, the way he catches it… theater is my heart so it combines a lot of my loves in that film.

Oh my God, you’re going to have to help me. There are two different routes we could go. One is a set of films, but then they showed them on TV later – the Little Rascals movies. So there’s those, because those are hugely influential to me, but there’s also this double bill of Robert Duvall in The Great Santini and Tender Mercies. What should I do? Can we do more?

Absolutely. Let’s break the five-film rule. And start with Our Gang.

I watched these religiously every day after school. I assume they were originally movies, and then they were just shown on television afterwards. What can I even say about them other than they just made me laugh, and I was so involved with how specific and unique and hilarious each of the children are, and that children could be that mischievous in such an aggressive way. Like, just be aggressively doing the wrong things all the time. And then they break into song and dance. I always wanted to be part of that gang. And the only girl in that gang was Darla Hood, and she would croon and sing and dance a little bit. I was heavily into them, the way that they bothered Miss Crabtree all the time, and the dog Petey. I wanted a dog just like Petey. I guess I’m not really naming what makes it so hilarious. What did Hal Roach do? I think it’s just the simplicity. The absolute simplicity of that broad comedy with little kids.

Were you a mischievous little kid when you were that age?

I strive to still be a mischievous little kid. 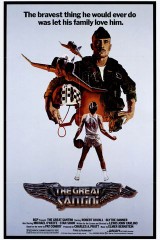 The Great Santini and Tender Mercies

I was in junior high when The Great Santini came out, and those two films, The Great Santini and Tender Mercies, showed what we would now call Robert Duvall’s range, but to me, at the time, was just pure transformation. I couldn’t believe that the same person did these two roles and that these films were so heartbreaking in different ways. Again, now that I’m talking about it, I really didn’t realize how tuned into this pain of heroism and machismo I was tapping into, because they really broke my heart, those movies. And they were such intimate character studies. He became a touchstone for me as the kind of actor that I wanted to be.

What was it then like to be in a film with him on The Paper?

Well, the best thing that ever happened between he and I, as far as I’m concerned, is that he’s a great tango dancer and I love to dance. And before we even got to do anything together, acting-wise, we danced together. It was at some fancy Academy Award season party, and we danced, and in the middle, he just said, “Your daddy taught you right – you know how to dance!” And honestly, it just lives on in my heart.

The King of Staten Island is now available to rent or buy.