The cast and series creator Molly Smith Metzler talk about adapting Stephanie Land's memoir of being a working-class single mother.

Sometimes it’s the way Netflix’s Maid shows, and doesn’t tell, that makes its message so strong.

This could be the way lead Alex (Margaret Qualley) doesn’t balk at taking a job as a housekeeper, but also almost involuntarily pulls her hair back in a neat braid that suggests this is a person who struggles to put on a façade of order in her chaotic life. Or its simple character details like the facts that her friend Danielle (Aimee Carrero), whom she meets while they’re living at a women’s shelter, came to own a Lexus and is a master of the subtle art of dog kidnapping.

Even the show’s very title says so much while simply being four little letters.

Maid, which is created by Molly Smith Metzler and counts Margot Robbie and Shameless and ER’s John Wells as executive producers, is inspired by author Stephanie Land’s memoir, Maid: Hard Work, Low Pay, and a Mother’s Will to Survive. Qualley’s Alex is a newly single mom desperate to end the roller coaster of emotional abuse she’s subjected to by her boyfriend Sean (Nick Robinson) as she attempts to secure custody of their daughter Maddy (Rylea Nevaeh Whittet) and find steady employment and housing after years of him controlling their finances.

The topic of emotional abuse may be a hot-button issue in the news, but it’s not something that “is accurately portrayed on screen very much,” she said.

“We see the bruises; we see the punches. What we don’t see is the corrosive, slow, violent denegation of self. It was very important for me to capture that on screen and to make you go through it as an audience member,” she said. 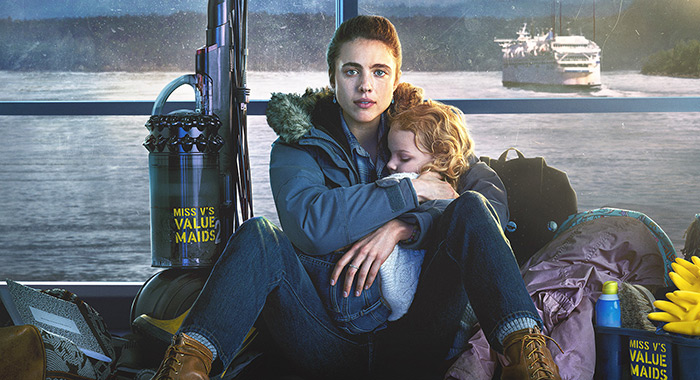 But there is especially one unique thing about Alex’s character in this limited series, according to Qualley: “The thing that was most appealing to me from the beginning was the mother-daughter relationships in the story.”

Qualley, who will be familiar to viewers as Pussycat in 2019 Quentin Tarantino film Once Upon a Time… In Hollywood and from her portrayal as Ann Reinking in FX series Fosse/Verdon, doesn’t just mean Alex’s relationship with her young daughter, but also the trust the actress had to build in real life with costar Whittet through Sunday play dates and cooking breakfast to help make their bond look believable.

“I think subconsciously, everyone gives you a certain amount of permission to make fun of them or to hug them a certain way; we’re all sending signals all the time. And with [Rylea], I had to make sure that she would grab me the way that she would grab her mom or that I could like hold her upside down and she’d feel great about it,” Qualley explained.

The series also explores Alex’s relationship with her own mother Paula, played by Qualley’s real-life mom Andie MacDowell in the miniseries. As the production began to film during quarantine, Qualley put her mom up for the job.

“Selfishly, it was also nice to have her around making soup and bringing baked goods to set,” Qualley confessed. 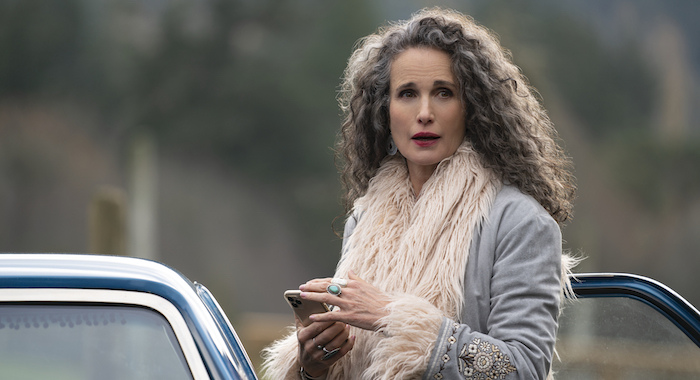 She also knew that MacDowell could bring something to the character that not every actress could; Paula is undiagnosed bipolar, and MacDowell’s own mother was diagnosed with schizophrenia soon after the actress was born. While those disorders are not the same thing, MacDowell said she recognized the behavior of Paula self-medicating with marijuana because MacDowell’s mother did that with alcohol.

MacDowell was also interested in portraying a character who sought validation through men’s approval — something that would definitely have had an impact on her Alex’s choice in partners.

“Paula has a deep sense of insecurity without a man, and I have known women that feel like that even if they don’t take it as far as Paula does,” MacDowell said. “But there are a lot of women out there who do not feel good without a man. They need a man to feel fulfilled.”

Playing Paula meant finding “the lustiness in her body,” MacDowell said, as well as experimenting with push-up bras and “hard, rock & roll boots.”

The character also brought on a challenge for Metzler as a writer because Paula, like a lot of other characters in the show, is not explored deeply in the book. Land used pseudonyms for her clients in the book, as she often cleaned their houses when they weren’t home and imagined what their lives were like. Anika Noni Rose’s Regina, a workaholic who uses her beautiful house and clothes to hide her own pain of infertility and worries about her marriage, is an amalgamation of a woman known as the cigarette lady in Land’s story. 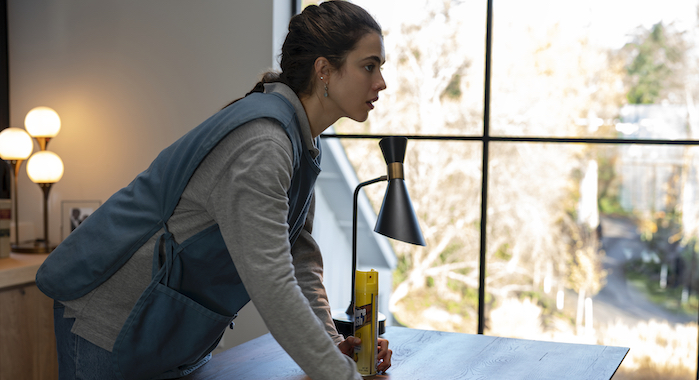 “There’s this freedom that comes with working from nonfiction because you don’t work for the book, you work for the audience,” the series creator said. “And your job isn’t to convey the information in the book. Your job is to create a riveting story that won’t feel like you’re being educated but you secretly are at the end.”

This brings us back to the question of the title. It’s attention-grabbing, for sure. But is it derogatory to call someone a “maid” or is it just impolite?

Metzler said the show and Netflix worked with the National Domestic Workers Alliance and that “the preferred term is cleaning service or sometimes cleaning lady. But ‘maid’ has actually become an insult in a way.”

“One of the things I asked Stephanie early on was if that was why you named it Maid. And she said yes, because it’s derogatory,” Metzler explained.