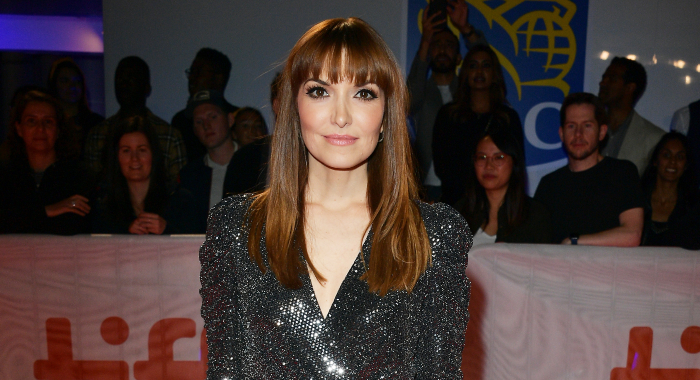 Director Lorene Scafaria’s Hustlers is the talk of Hollywood this month, surprising audiences and critics alike at the Toronto International Film Festival, where it was rapturously received, and then bursting out the gates with a cool $33 million on its opening weekend. Praise for the film has centered on Jennifer Lopez’s turn as exotic dancer Ramona, who leads a band of strippers in a scheme to fleece a set of good-times-seeking Wall Streeters, and the deft work of Scafaria, who adapted the screenplay from a New York magazine article and who directs with flair and the ability to get the best out of her incredible all-female ensemble. As Hustlers struts its way into its second weekend at the box office, we spoke to Scafaria about her Five Favorite Films – most of which you can see signs of, if you squint, in her hit new movie. 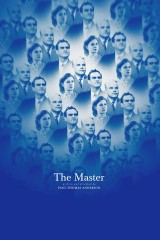 The Master is masterful. It is such a beautiful portrait of a relationship between two people in very different places in their lives. The power dynamics between them and the love between them, that is kind of indescribable. The bond that forms [between] them is different than you’d have with your spouse or your children or your parents, a true bond that is that kind of friendship that can bail you out of trouble and also get you into trouble. And I think it’s Philip Seymour Hoffman’s finest performance, I think it’s Joaquin Phoenix’s finest performance and, of course, I think PTA [Paul Thomas Anderson] is one of our greatest directors, if not the greatest director. I just love every aspect of the storytelling.

I am always interested in a leader, whether it’s a religious leader or a cult leader, someone who finds a following and a flock, someone who, you can look at them one way and they’re a fraud, a charlatan, and look at them another way and they are close to God. I find that really intriguing. I find that kind of attention from a person like that is very interesting and intoxicating and it was certainly something I was thinking about when working on Hustlers. [I] was thinking of Ramona and Destiny’s dynamic in that way… when one person is holding the wheel and one person is in control, you know, and the other person may not be able to fall in line in all the same ways. What happens when that person turns away from their leader and no longer feels aligned with them? 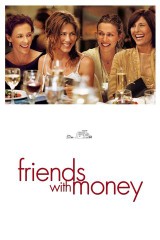 I’m a huge Nicole Holofcener fan. I love the details of what she explores in relationships between friends. I think money is still a fairly taboo subject, maybe the only one left, and so I thought it was such an incredible way to explore friendships and marriages and lives intertwined between families and people with different levels of money. I was just so enchanted by that movie when I saw it. And every time I’ve seen it since, I find myself relating to a different character and having a different feeling when I watch a marital argument or something. It always opens up something new. I see something different in it every time. I think she just is one of the great storytellers when it comes to just human stories and our relationships. 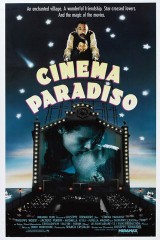 I just am an Italian girl. My father grew up in that exact era and I remember seeing it in Italian class, in school, and then going home and showing it to him and tears streaming down his face as he watched it. He was a boy with a pair of shoes and who was fascinated by the movies, and there was, like, one theater in his town. So that movie has just always struck a personal nerve for me as a daughter of an immigrant.

Do you revisit that film as an adult and you get different things out of it now?

Yes, but honestly, my dad passed away – it’ll be 10 years in November – so I have trouble watching that movie. Another one that would be on my favorite list [is] In America. I have loved that film, but I can’t watch it without crying from credit to credit. Both of them are a little harder for me to revisit these days. 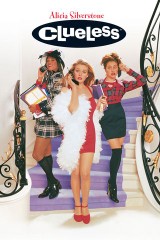 Top to bottom, a perfect film – pure joy! Brittany Murphy was one of the greats. I just think the joy in that movie and, again, maybe taking a character that seems harder to empathize with out of the gate, and [having us] realize what a human being she is, and [it’s] an exploration of a different side of culture. As a Jersey girl, it was always very fascinating and fun for me to see that sort of L.A. kids’ culture and, of course, the fashion. I just miss the ’90s.

Are there particular lines in that film that you still quote?

I just think of the name Ambular almost every day and I don’t know why. I think about Ambular and how she doesn’t want to do any sport where balls are flying at her face. That would be quotable. I think of it when I’m chopping up food and I remember Cher thought you didn’t gain as much weight if you cut it up into smaller bites. And then, there is a line in there that my mother used to say to me all the time: After Cher’s convinced her teachers to change her grades, her father says, “Cher, I couldn’t be more proud of you if these were based on real grades.” I just love that, love that movie. 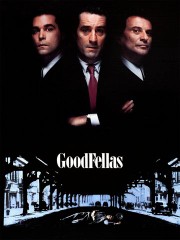 For me, it is the most alive and electric filmmaking. [Martin Scorsese is] obviously one of the greats, but he brought that ’70s filmmaking to 1990, which… I can’t believe it’s a 1990 film. I love gangster films and I love The Godfather, but I am a Goodfellas girl. I thought there was just so much captured in the masculinity of it and the relationships between men, the family dynamic, the structure of it, the mafia, that sort of hierarchy and camaraderie.

I just think it’s one of the most exciting films ever made, of course. The writing is extraordinary, as is the improvisation of it. And seeing what he puts in a frame during a scene, like Joe Pesci telling the story, and you think it’s a funny scene when you realize it’s really just like these two setups over and over and that these… You sort of see the layout of the guys in the background who’s listening and the tension that he’s able to create by just hanging on something. That was something that I was trying to bring into [Hustlers]: in terms of how he treated violence, that was something that I felt about how to treat the nudity, in a way.

So it was a touchstone for me in how to, not just approach anti-heroes or an underworld, but also just… What’s the difference between the gun and a body as being used, being weaponized? And an outfit, a bandage dress, being weaponized, you know? And the role that each of them play in that hustle and in the group.

Joel Meares for Rotten Tomatoes: It’s interesting that you mentioned Goodfellas, because so much of that film is casting as well as everything else. In this film you had an incredible cast. Just how did you get this dream cast together?

I wished upon a star. It really is unbelievable. I met Jennifer first, so we cast Jennifer at the end of 2017, so it’s been a long journey to try to build the world and fill out the movie. But she was Ramona right out of the gate. I don’t usually think about actors when I’m writing anything, but the minute I stopped and looked at it, to who was on the page, it was just so clear that Ramona was Jennifer Lopez.

And then it was about finding Destiny and finding the right person and the right dynamic and chemistry that they would have with each other. I was so enchanted by Constance’s performance in Crazy Rich Asians, and I met her in person and thought she’s a really deep, intelligent, funny person that I couldn’t wait to see next to Jennifer and see that kind of sisterly dynamic form between them. [Keke Palmer] was someone who I’d wanted to work with for a long time; I’ve just been a fan of hers. And, you know, Lizzo was someone I had been messaging on Instagram for like a year. So there was a lot of that. There was certainly some chasing that was made a whole lot easier once J-Lo was on board. But yeah, Madeline Brewer was someone… I was just a real big fan of Cam and was hoping that she would be a part of it.

Trace Lysette tweeted at me a year ago. We met for lunch and I wrote her this role because I just think she’s fabulous – enormous fan of hers. Mette Towley was someone I had met with about a year before that. Jacqueline Frances – who’s known as Jacq The Stripper on Instagram – she’s a stand-up comedian and a great advocate and voice for the community.

So I just felt like I wanted to see all of these people in a locker room together… You know, Cardi’s obviously a superstar, but to watch her be just one of the girls in the locker room… [it] was a thrill to see them all interact together.

How fun were those locker-room scenes, and the Christmas party scene, to shoot? Because, everyone seems to be having the best time.

I mean, I had the best time. I certainly did. Yeah, they were full of joy. Christmas was Christmas. It felt like Christmas morning. It really was just so joyful to have everybody together and felt like story time and everyone’s sitting around together, and you know, we’ve really tried to keep everything as alive as possible. I encouraged improv. Obviously, there was a script to stick to, but I wanted every scene to feel alive and like people are talking and talking over each other. So we had a tougher time in editing, but we wanted to make sure that we shot that with that feeling of electricity, and that was so much fun to honestly watch everyone interact with each other.

The dancing scenes were especially fun. The club was our last week of shooting and everyone was so excited to get there and blow it out. It was pretty enormous. We had 300 extras and 50 dancers and 250 men who were, thankfully, incredibly respectful and had myself and a comfort consultant, Jacq the Stripper, Jacqueline Frances, walking around, making sure everybody felt safe and comfortable while also still trying to capture that aggression and living, breathing, feeling of a strip club. So it was a blast, actually.

Hustlers is currently in theaters.

New on Netflix in September 2022