Longer Movies Are Better, According to the Tomatometer (And Really Long Movies Are Even Better Than That)

With the almost-three-hours-long It: Chapter Two about to terrorize theaters (and bladders), we dive deep into the data on movies from the 2010s to see if bigger is better.

In 2017, It, the Certified Fresh adaptation of Stephen King’s 1986 bestselling 1,138 page epic, used every second of its 135-minute running time to make sure paper boats would never be played with again. The Andy Muschietti-directed horror film was a box office hit, pulling in $700 million worldwide, which made it the highest-grossing horror flick of all time and ensured a sequel would be green-lit. Now, in just a few days, the 169-minute It: Chapter Two – which adapts the sections of King’s book focused on the adult Losers Club – is looking to collect more critical accolades and gobble up money the way Pennywise gobbles up fear (and tiny children’s arms).

Oh, and yes, you read that right: It: Chapter Two clocks in at 169 minutes, or 2 hours and 49 minutes. (That runtime may seem excessive, but, when compared to the 45 hours it takes to get through the It audiobook, we’re thinking it could have been a lot worse.)

The movie opens just months after Quentin Tarantino’s epic Once Upon a Time in Hollywood (2 hours and 40 minutes), and just a week after the release of the Midsommar director’s cut (2 hours and 51 minutes).

In October, Netflix will release The Irishman – it will run for 3 hours and 30 minutes.

All these minutes – and anticipated bathroom breaks – got us thinking: How does the length of a film affect its quality? Are longer movies, on average, better or worse than shorter movies? To find out, we analyzed the running times of the 1,431 movies that received wide theatrical releases since 2010. (We classified wide releases as 500-plus screens; we didn’t include documentaries.) To break down the data, we divided the films into four categories: Movies less than 100 minutes; movies between 100 and 120 minutes; movies between 120 and 140 minutes; and those epic 140 minute-plus movies whose company It: Chapter Two is about to join.

Ultimately, we wanted to know if movies were better off going the longer It: Chapter Two or Once Upon a Time in Hollywood route, or if shorter movies like Crawl, The Farewell, or Eighth Grade averaged higher Tomatometer scores with critics. You can find super Fresh movies in all four categories: The 63-minute Winnie the Pooh (2011) and 182-minute Avengers: Endgame (2019), which are the longest and shortest movies in the data set, both have Tomatometer scores above 90%. But there were clear trends and the results, at least for those who bemoan bloated runtimes, might be surprising.

So let’s get into the data…

Less than 100 minutes: The Most Likely to Be Rotten 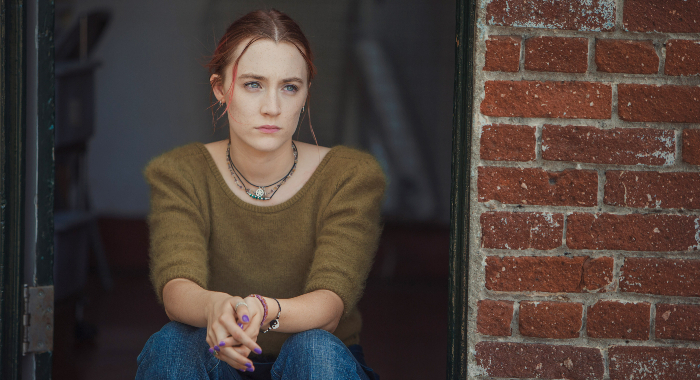 For every Fresh and brief movie like Lady Bird, Eighth Grade, and Green Room in this group – movies that many feel are over too soon – there are 0% Tomatometer-rated movies like Bucky Larson: Born to Be a Star, Max Steel, The Disappointments Room, and A Thousand Words. Their 90-ish minutes can feel like an eternity. Despite the strength of the 33 beloved movies with 90%-plus Tomatometer scores in this group (Paddington… swoon), the category never had a chance at a Fresh average, because 66% of the movies are Rotten. It also doesn’t help that six of the eight movies with 0% scores in our massive overall data set of more than 1,400 films are in this category, and 42 (or 11%) of the movies in the category have Tomatometer scores under 10%. Forty-two may not seem like too large a number, but the other three categories only have a combined total of 32 movies with Tomatometer scores under 10%. There are more super Rotten movies in this category than there are in the other three, which isn’t a good look.

We can’t pinpoint why shorter movies trend towards Rotten, or why they’ve won the majority of the Golden Raspberry Awards since 2010. However, it seems like most of the major misfires from every genre have come from this category, with some super Rotten comic book-based titles (R.I.P.D, Jonah Hex), horror flicks (Slenderman, The Devil Inside), and children’s films (Hoodwinked 2, The Nut Job) bringing down the average Tomatometer score.

100-120 minute movies: Most Likely To Be a High-Scoring Genre Hit 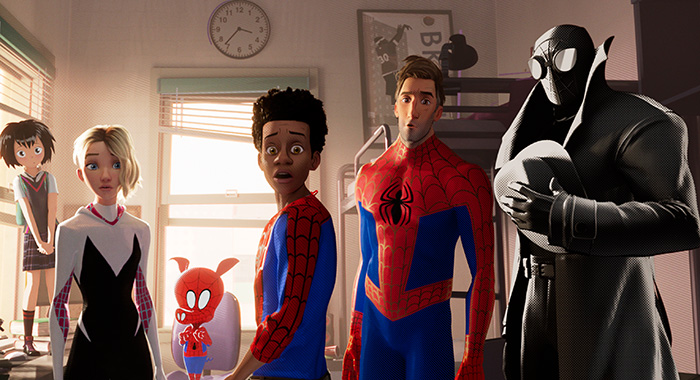 Spider-Man: Into the Spider-Verse, which runs 1 hour and 56 minutes, is one of the genre game-changers in this category. (Photo by Sony Pictures)

The 52% Tomatometer average for this category is shy of Fresh, and some 59% of the movies here are Rotten, but this group represents an improvement from the previous category of even shorter films. While we’re looking at the positives, this category can boast that it has Paddington 2, the unbearably adorable 100% Tomatometer-rated movie, and it has four recent Best Picture Academy Award winners – Moonlight, The King’s Speech, The Artist, and Birdman – in its ranks. The improved Tomatometer average can also be attributed to the fact that only 29 of the 674 movies (or 4.3% of the sample) have scores of 10% or less, while 74 (or 11%) of the movies have a Tomatometer score of 90% or above. Also, many of the highest-rated animated, horror, and Hailee Steinfeld films (she’s been crushing 100-120 minute movies lately!) are in this category: The Edge of Seventeen, Upgrade, Zootopia, Spider-Man: Into the Spider-Verse, Get Out, Kubo and the Two Strings, It Follows, Bumblebee, and Coco among them.

120-140 minute movies: Most Likely to Win Best Picture (And Be Nominated) 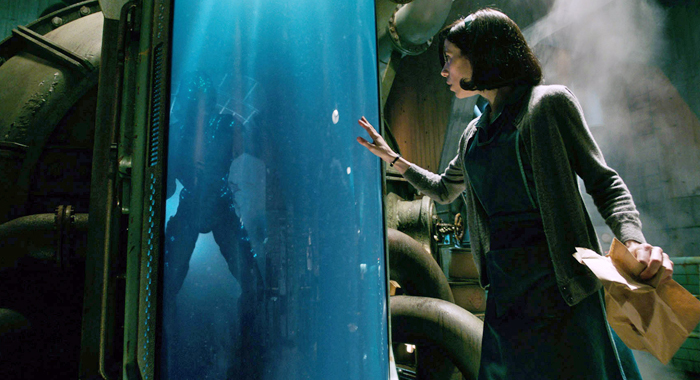 The Shape of Water, 2 hours and 3 minutes, is one of five films in this category to win Best Picture since 2010. (Photo by © Fox Searchlight Pictures)

As movies get longer, the Fresh outweigh the Rotten, which is good news for directors and writers who prefer extended runtimes, and bad news for people with short attention spans, busy lives, or impatient bladders. The 64% Tomatometer average for these 298 movies is impressive, but what really sets this category apart is the percentage of movies with Tomatometer scores of 90% and above. Some 50 movies (or 16.7% of the total in the category) have scores at or above 90%, which is a big jump, percentage-wise, from the 9% and 11% of the previous two categories. What makes this category fun is the groundbreaking, inventive, and very Fresh movies it includes, like Mad Max: Fury Road, John Wick: Chapter 3 – Parabellum, Black Panther, The Hate U Give, Widows, Logan, and Crazy Rich Asians. Also, we’re cool with any grouping of movies that includes Hereditary, Fast Five, and The Big Sick.

More than 140 minutes: Most Likely to Be Fresh 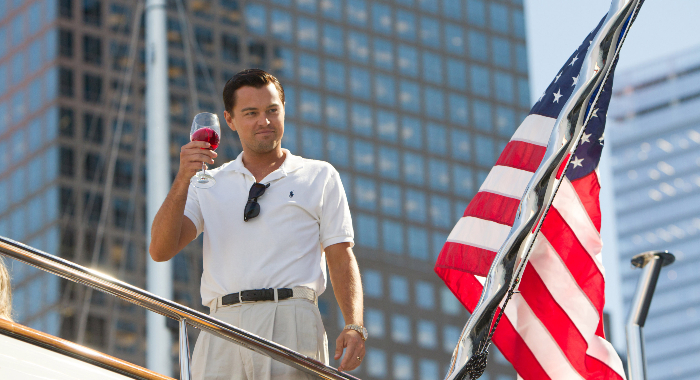 The Wolf of Wall Street, 3 hours, is one of a number of long Martin Scorsese films. The director’s next, The Irishman, will reportedly run 3 hours and 30 minutes. (Photo by Mary Cybulski/©Paramount Pictures)

We have good news for It: Chapter Two and The Irishman: Their respective 169-minute and 210-minute runtimes place them in the category with the highest Tomatometer average. With critically acclaimed movies like Once Upon a Time in Hollywood, Avengers: Endgame, and Mission: Impossible – Fallout in this category, it’s easy to understand why it has the highest Tomatometer average. It also helps that directors like Paul Thomas Anderson (The Master, Inherent Vice), Steven Spielberg (Bridge of Spies), David Fincher (Gone Girl), Martin Scorsese (The Wolf of Wall Street), and Alejandro González Iñárritu (The Revenant) love making long movies.

(And yes, it’s often celebrated male directors like those guys who are given the leeway to make a film that flies past the two-and-a-half-hour mark.)

Only 23 movies in this category (or 29% of the set) have Rotten scores, and only three of those – Michael Bay’s Transformers: the Last Knight and Transformers: Age of Extinction, and Sex and the City 2 – have scores below 20%. Also, none of the movies in this category have Tomatometer scores below 10% (Sex and the City 2 and its 15% score is the lowest), which is something the other groupings can’t boast (36, 24, and 2 in the other categories).

There is some bad news, though. It’s been 13 years since a film in this category won Best Picture. (That was Martin Scorsese’s The Departed, which runs 151 minutes.) In the 1990s, six very long movies – among them Braveheart, Schindler’s List, Dances With Wolves, and Titanic – took home Best Picture Oscars. Since then, the 2000s (3) and 2010s (0) have been less kind to very long movies. While 12 of the 140-plus-minute movies released since 2010 have been nominated for Best Picture, none of them have collected a gold statue. So, Once Upon a Time in Hollywood, Avengers: Endgame, The Irishman, and It: Chapter Two don’t have momentum on their side.

There you have it: Movies with longer runtimes have higher Tomatometer averages! What do you consider to be the ideal running time? Let us know in the comments.