This week’s Ketchup brings you more headlines from the world of film development news, covering such titles as Midnight Run, Oh, The Places You’ll Go!, and the Road House remake. 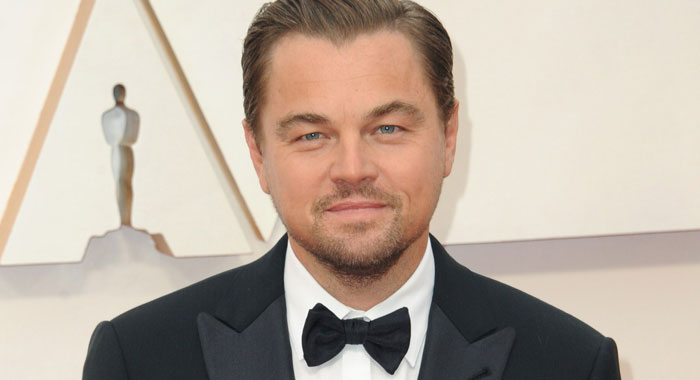 The last time we saw Leonardo DiCaprio in a theatrically released feature film was in Quentin Tarantino’s 2019 film Once Upon a Time… in Hollywood (Certified Fresh at 85%). Although that film was primarily about the friendship between a cowboy TV star and his stuntman best friend (Brad Pitt), the cult led by Charles Manson also figured heavily in the film’s B plot (and final sequences). Coincidentally, DiCaprio’s newest project is also about a real life cult leader responsible for several deaths, as he is in final negotiations with MGM to star in the 1970s-set historical drama Jim Jones. James Warren Jones organized his followers as a settlement called Jonestown in Guyana in South America, where he eventually orchestrated the mass suicide of over 900 followers (and the murders of others). Leonardo DiCaprio will also produce Jim Jones through his Appian Way production company. Jim Jones does not yet have a director, but it does have a screenwriter in Scott Rosenberg, whose recent films include the two recent Jumanji movies and the Marvel Comics adaptation Venom. Before Jim Jones, DiCaprio can be seen in Netflix’s Don’t Look Up (12/24/2021) and Martin Scorsese’s Killers of the Flower Moon (10/14/2022).

Just last week, Cynthia Erivo (Elphaba) and Ariana Grande (Glinda) were finally announced as the stars of the long-in-development Wicked movie, which will be directed next year by Jon M. Chu (In the Heights, Crazy Rich Asians). Proof that Chu is one of Hollywood’s most sought-after directors came again this week, as he is now attached to direct Warner Bros. Animation Group’s feature film based on Dr. Seuss’ popular children’s book Oh, The Places You’ll Go!. First published in 1990 (just a year before his death at the age of 87), Oh, The Places You’ll Go! is arguably one of his trippiest books (which is saying something, considering his other works), as a young boy goes through a series of colorful portals exploring all of the places he’s ever imagined… exploring. Warner Bros. has already scheduled Oh, The Places You’ll Go! for sometime in 2027, which makes it one of the first films scheduled for that year (and that gives Chu plenty of time for other projects beforehand).

Fans who follow movie development news very closely have perhaps known since this time last year that 10 Cloverfield Lane (Certified Fresh at 90%) director Dan Trachtenberg has been working on a Predator prequel that was for a while tentatively titled Skull. As part of this year’s Disney+ Day, the film was officially announced under its new title, Prey, along with the update that it will skip theaters entirely to debut next summer on Hulu. Amber Midthunder (from TV’s Legion and Roswell, New Mexico) will star in Prey as a Comanche warrior 300 years ago who must protect her tribe from one of the alien predators who has come to Earth to hunt. Prey will effectively be the seventh film in the Predator franchise, if you count the two Alien vs Predator crossovers, and the first not to have a variation of the word “predator” in the title.

3. BEN STILLER AND CATE BLANCHETT TO STAR IN SPY MOVIE THE CHAMPIONS

Following the successful 1962 debut of Sean Connery as James Bond in Dr. No, spy TV shows quickly became all the rage in the 1960s, including such shows as The Avengers (not Marvel’s), Get Smart, The Man from U.N.C.L.E., and Mission: Impossible. Something else that all four of those shows have in common (to varying degrees of success) is that, since the 1990s, they have all been adapted as major motion pictures (though only Mission: Impossible became its own film franchise, with the 7th movie coming out next year on September 30, 2022). One of the more forgotten shows in that batch was the British series The Champions, which ran for just one season and 30 episodes. Way back in 2008, The Weekly Ketchup first reported that The Champions was being adapted as a film (at that time with Guillermo del Toro involved), and now it’s finally close enough to filming that it has two stars attached. Cate Blanchett (who will also produce) and Ben Stiller (who will also direct and produce) are both attached to star in The Champions, based on the British spy show about three agents who are given “enhanced intellectual and physical abilities” by “an advanced civilization secretly living in Tibet.” Ben Stiller’s previous films as director included Reality Bites, The Cable Guy, Zoolander (and its sequel), Tropic Thunder, and the remake of The Secret Life of Walter Mitty.

December 2023 is over two years away, and until this week, the only films scheduled for release that month were the musical adaptation of The Color Purple (12/20/2023) and the Star Wars movie Rogue Squadron (12/22/2023). The latter is still technically on Disney’s release schedule, but that is most likely going to change soon, because the 2022 filming has been delayed due to scheduling conflicts for the project’s director, Patty Jenkins (Wonder Woman, Wonder Woman 1984). It remains unclear what that scheduling conflict might involve, but Jenkins is attached to direct two different projects with Gal Gadot: a Cleopatra historical epic and Wonder Woman 3. With Rogue Squadron now delayed, two other Star Wars movies that might instead be next are the ones being developed by Taika Waititi (Thor: Ragnarok) and the one to be produced by his Marvel Studios boss Kevin Feige.

5. TRANSFORMERS: RISE OF THE BEASTS DELAYED A FULL YEAR UNTIL 2023

One of the highest profile action movies to be produced in 2021 (despite the ongoing pandemic) by Paramount Pictures is the seventh Transformers film, Transformers: Rise of the Beasts, starring Anthony Ramos (In the Heights), and directed by Steven Caple Jr (Creed II). The film had been scheduled for release next summer on June 23, 2022, but Paramount Pictures has now shifted it back a full year to June 9, 2023. At the same time, Paramount has also moved the next Star Trek movie, which had been scheduled for that date, and pushed it back six months until December 22, 2023. As this piece points out, the very curious timing of this second move is that it comes very soon after Disney’s delaying of Patty Jenkins’ Star Wars movie, Rogue Squadron, which had been scheduled for that same December 23, 2023 release date. There remains much that we do not know about the next Star Trek, including the cast and its premise, except that will be directed by Matt Shakman (Marvel’s WandaVision) from a screenplay by Lindsey Beer (co-writer of the next Pet Sematary) and Geneva Robertson-Dworet (co-writer of Tomb Raider, and Captain Marvel).

One of the most repeated trends when you look at MGM’s films of the last ten years or so is that the studio, arguably more than any other, has leaned heavily on remakes. MGM’s remakes since 2014 have included RoboCop, Hercules, Poltergeist, Ben-Hur, The Magnificent Seven, Death Wish, Overboard, A Star is Born, and The Addams Family (and that’s not counting the ones they’re still developing). The latest to apparently be close to filming soon is Road House, based on the 1989 movie starring the late Patrick Swayze. MGM is reportedly now in advanced negotiations with Jake Gyllenhaal to take over as Swayze’s character. Doug Liman, who is best known for directing Tom Cruise in movies like Edge of Tomorrow (Certified Fresh at 91%), American Made (Certified Fresh at 86%), and Cruise’s upcoming action movie to be shot in outer space, is also in talks with MGM to direct the new Road House. MGM has been attempting to remake the film for some time now, including a period when Ronda Rousey would have taken over the role (which obviously didn’t happen). In addition to his Tom-Cruise-in-space movie, Doug Liman is also in pre-production on Everest, a historical drama about mountain climber George Mallory, to be portrayed by Ewan McGregor.

It doesn’t happen too frequently, but some true life news events have such an impact that they inspire Hollywood producers to rush adaptations into development (you just know there’s going to be a wave of COVID-19 pandemic movies eventually). One recent example of this was the 2018 Thai cave rescue, which led to a series of projects announced, the highest profile of which is Ron Howard’s Thirteen Lives (4/15/2022), starring Colin Farrell, Joel Edgerton, and Viggo Mortensen. One of 2021’s biggest news stories was the United States withdrawal from Afghanistan in August, and the evacuations involved as the Taliban took over the country. That event is now being adapted by Universal Pictures from an untitled story pitch by director George Nolfi (The Adjustment Bureau, The Banker). Universal is partnering with actors Channing Tatum and Tom Hardy, who are both attached to star as well as produce via their respective production companies. The untitled drama will reportedly tell the true stories of “three former special forces team members who jump back into the fray alongside their Afghan counterparts, to rescue families and allies left behind.”

8. A24 VENTURES INTO FANTASY WITH THE LEGEND OF OCHI

The mini-major distributor A24 has in a relatively short time (since 2013) established itself as a source for award-friendly indie dramas (The Farewell, The Florida Project), and its own distinct type of horror film (Midsommar, The Witch, etc). A24 is now partnering with frequent music video director Isaiah Saxon (who’s done videos for Bjork, Grizzly Bear, and Kanye West) for a fantasy adventure called The Legend of Ochi. Helena Zengel will star as a young girl “who runs away from home and learns to communicate with an elusive animal species known as Ochi.” The announcement did not specify that The Legend of Ochi will be an animated film, but Saxon’s company Encyclopedia Pictura is best known for its animated work. Other cast members in The Legend of Ochi will include Willem Dafoe, Finn Wolfhard, and Emily Watson.

Long before he starred in comedies like Meet the Parents (Certified Fresh at 84%) and Analyze This (Fresh at 69%), one of Robert De Niro’s earliest shifts into comedic material was the 1988 road movie Midnight Run (Certified Fresh at 94%), co-starring the late Charles Grodin. Universal Television eventually made three made-for-TV sequels in the 1990s, but neither De Niro nor Grodin returned. Nearly 35 years later, Universal is preparing another Midnight Run sequel with Regina Hall attached to star and De Niro producing (it’s not yet known if he will also co-star). Hall’s role isn’t known, but presuming it follows the original Midnight Run formula, she will likely be playing either a “skip tracer” (a bounty hunter hired to find someone on the run), or the person the bounty hunter is “escorting” back home.