Kurt Russell Chimes in On the "Escape from New York" Remake

You know how Gerard Butler was just asked to star in a remake of "Escape from New York"? Well, the original Snake Plissken (that’d be Kurt Russell, of course) is none too happy about the decision.

Mr. Russell actually winced when asked about the Butler doing it. And not exactly for the reasons you might think. Check out this quote: "I will say that when I was told who was going to play Snake Plissken, my initial reaction was ‘Oh, man!’ [Russell winces]. I do think that character was quintessentially one thing. And that is, American."

So maybe in this new version, Plissken isn’t American. Or heck, maybe Butler will employ an American accent. It’s been known to happen.

And when asked if he’d consider a cameo role in the new version of "New York," Kurt got even more animated: ""(Expletive) that! I am Snake Plissken! It’s like Sean Connery always watching someone else do their version of Bond."

Well, not exactly the same, Kurt. But we feel your pain. You ARE Snake Plissken, pal, and none of Gerard Butler’s abdomen can take your place. But to compare Connery’s Bond films with the awesome "Escape from New York" and the generally insipid "Escape from L.A." seems like a bit of a stretch. 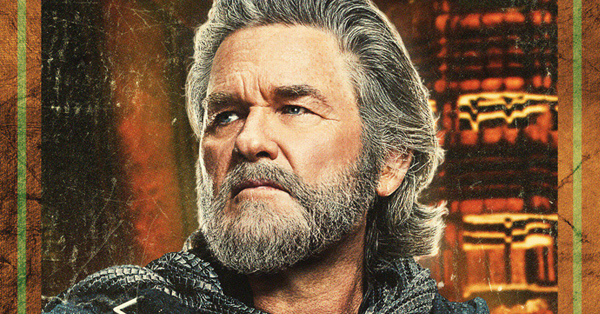