Kang talks her favorite childhood movie, the show she's watched more than any other, and the proudest moments in her career (so far). 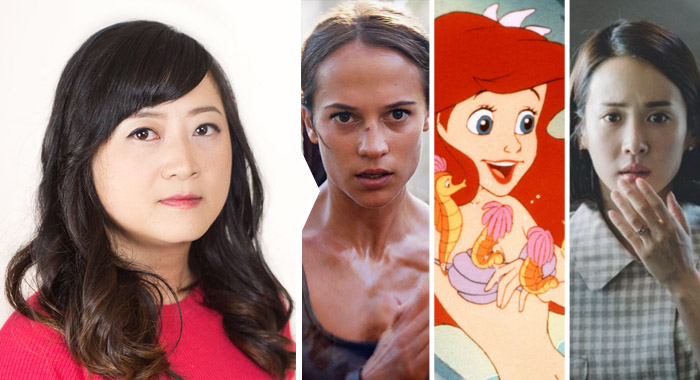 Starting today, Inkoo Kang is TV Critic at The Washington Post. Before that, she was a television critic at The Hollywood Reporter and a staff writer for Slate, with reviews also published at the LA Times, MTV News, and Village Voice – to name a few.

Suffice it to say she’s well-versed in the deluge of series available to us all, and knows how to pinpoint what makes a show worth watching: it offers something we’ve never seen before.

“I think the most distinct example I can think of is the HBO show Betty, which is about like a bunch of girl skaters in New York, and they all have a certain look to them,” Kang shared in an interview with Rotten Tomatoes. “Even though it was very small and really under-watched, it was the type of show that you want to talk about with people because you’re like, ‘Wow, this is something that I haven’t seen on TV before’ – not just because it was about female skaters, but because it just feels different.”

In short, it’s got a “distinct vibe.” And she knows it when she sees it.

“I feel like I hear a lot of people using the word “vibe” on Twitter and they’re all younger than me. I’m always trying to catch up on what exactly they mean by vibe,” she joked.

Inkoo Kang is TV Critic at The Washington Post. She co-hosts the All About Almodóvar podcast with Daniel Schroeder. Find her on Twitter: @inkookang.

What’s the best thing that you’ve watched in quarantine?

Oh wow, that’s so easy. It’s a Sin… It’s essentially an overview of the AIDS crisis in the 1980s in London. But it’s done with such unexpected joie de vivre. Even though it’s obviously a very sad watch, it really captures a lot of emotional vitality and variability.

When you’re watching things at home, do you have a screening ritual – snacks that you eat, or an ambience that you like to create?

No, I just snuggle in bed. It’s very boring. And then I try to not partake in anything because, I don’t think it’s really fair to watch a show drunk or high or even just mildly buzzed. Because if I’m evaluating something, I want to do it under the same conditions as every other thing I’m reviewing.

That probably sounds really self-serious, but I have a very low tolerance to everything so I don’t want to unduly enjoy something. Please note: that was sarcastic.

Do you binge-watch? What are you watching at the moment?

I love binge-watching. Especially with TV right now, I think that creators, for better or for worse, are really using a lot of connective tissue between the episodes. And so I think that if you watch them one right after the other, you get more out of it generally, or at least that’s been my experience.

I just finished the second season of Mythic Quest. But I don’t know – it’s not a show I would necessarily recommend. There’s an honest answer.

I’m also really enjoying The Circle and I’m really glad I can’t binge that one, because it’s just like the stupid fun that we all need. And it mirrors quarantine situations in a sort of way, because of so much about isolation is just projecting your own feelings and desires on to essentially text conversations or communication media, through technology.

I think the most Olympian binge that I’ve ever done is to watch four seasons of The Americans within a week and a half. I remember that being extremely grueling, just because at a certain point, it gets physically tiring to binge. And yet, that is an amazing show. And so it was both really grueling and really rewarding.

Do you still watch TV and movies when you’re on vacation or do you completely unplug – no Twitter, no TV, no nothing?

I mean, you’re talking to someone who watched two seasons of Mindhunter while she was vacationing in Rome two years ago. So yeah, that’s your answer.

Listen, Rome’s really great and so are parts of season two of that show. 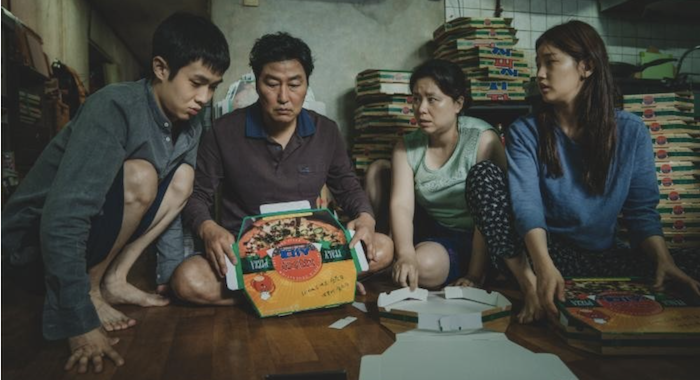 I really liked the Criterion essay that I did, because it was a way to go deep on one film. And I feel that it probably could have been double the length because there’s so much to say about Parasite. But it was really wonderful to have the opportunity to both write about what mattered to me and then also write freely in the style that I want to write in.

I will say that the recent cover story that I did for The Hollywood Reporter, for Minari, it felt like a fairly big coup. It felt like a personal coup. Not specifically because it was my first cover story, although that was also a big deal, but because I don’t consider interviewing to be my biggest forte. It was just nice being good at something that I’m not traditionally very good at.

What’s an under-the-radar show that you think more people should be watching?

I really hope that people are watching Chad. It’s a TBS comedy starring Nasim Pedrad. For whatever reason, it’s connecting with me a lot more than PEN15. Maybe just because I feel as a 30-something woman, I can relate in a lot of ways much more to a 12-year-old boy than a 15-year-old girl.

I think Pedrad is doing an amazing performance. And I’m just really enjoying everything that this show is doing, which is this combination of a puberty comedy that’s about a boy who’s afraid of puberty and sex. And it’s also set in an Iranian-American home, and it deals with identity issues in a slightly different way than a lot of these shows that we used to see before.

What’s a Rotten thing you love – movie or TV?

I feel like the Alicia Vikander Tomb Raider got a really bad rap. That was one of my favorite action movies of that year. And I feel there was this really raw intensity and the visceral-ity to a lot of the action scenes that you just don’t get in a standard action film, especially when it stars a woman. I was really glad to hear it got a sequel. 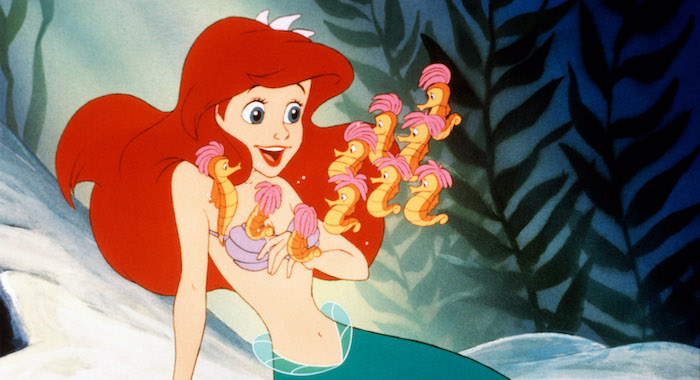 What is your favorite series or movies from your childhood?

I’m going to be a super basic b—h and say The Little Mermaid. I think it’s just one of those primal bonding things where it was, one of the very first movies that I watched in school, I think in the first grade. And I both remember the pleasure of it as a viewer and also like a tiny baby critic.

You had that instinct even as a kid?

I was a very annoying child.

Did you always imagine that you would become a critic?

No, because I had this vague idea in my head that I wanted to be some sort of writer, starting from when I was a preteen. But also, I grew up in a very immigrant working-class home. And so whenever these adults would ask me what I wanted to be when I grew up and I would say “a writer,” my mom would get really mad because she was like, “Well, that’s not a way that you can really make a living.” Because she doesn’t know anyone really who was making a living doing that.

What was the first time you saw yourself on screen?

I think that one of the very first times I sort of felt represented on screen, or could see a version of myself on screen was when I was six, I was deeply obsessed with the Beetlejuice cartoon. It was basically this super morbid girl who was hanging out with a decaying corpse and a skeleton. And had this one polite demeanor around her family and at school, and then to let her imagination go wild when she was alone in a room. And I really identified with that. I just also loved how adorably disgusting all of the animation was in the world.

I do think that part of the reason why it was an animated character that I related to so strongly was that it’s a lot easier to project things on to animated characters, including race, because I never thought of Lydia as white. I just thought of her as a pale-faced like me.

But I think that in the way that this question is generally formulated and understood, I remember having a real wow moment when I first saw Margaret Cho do stand-up on TV. I think I was probably 12 or 13. As I reflect on things that I have seen around Asian-American women telling jokes and taking pride in her sense of humor and the talking of a very openly about things like sex, I just remember discovering Margaret Cho and feeling like the world had opened up in some really major way. She’s a pop-culture icon. I will always stan. 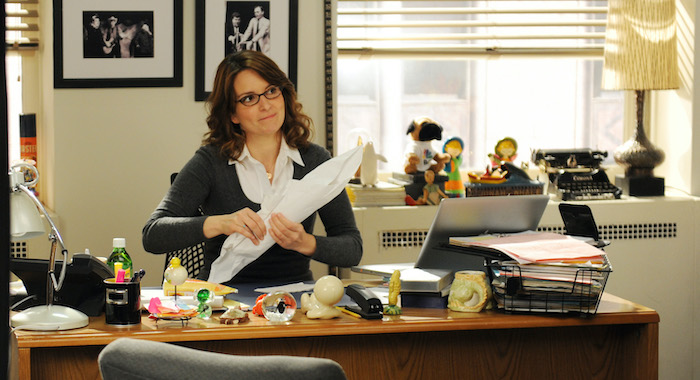 Is there an actor, director, or showrunner whose work you always love? Someone who regardless of what they make, you’re going to watch it?

I would say 30 Rock is probably my number one default favorite show of all time. I’ve been rethinking my love for this show. At the same time, as many problematic things as she racks up, I’m pretty sure that I will watch any Tina Fey show for the rest of my life. Even though Mr. Mayor is really bad.

One of Tina Fey’s writers has come up with a new show called Girls5eva. It’s basically all of the stuff that I love about 30 Rock, where the jokes are super sharp and it’s coming at you at this cascading pace where you can barely keep up. I just loved being back in that Fey-ish zone again. And so it’s reaffirmed my – can I say love? – fondness I guess for 30 Rock and all of the shows that have come in its wake.

Is 30 Rock the show that you’ve watched more than any other?

So you believe in repeat-viewing, then?

I don’t understand why you wouldn’t. But I’m also a child of the ’90s, so I feel like a lot of my TV digestion pattern has been that of a cow, where you take in something and then you regurgitate it, like you eat it again and then you learn more from it. And then it just goes through all of your different stomachs, I guess. Should continue with this terrible metaphor? Where each time you just get things out of something that you didn’t get out of them before. And I think that 30 Rock is the perfect show for that type of re-watching.

And I think now that we’re about 10 years out from the show – I’m in the middle of a re-watch now – it’s definitely interesting to see how jokes hit differently, especially because there was that whole thing last year when they pulled a bunch of the episodes involving blackface. Several years ago, I wrote a piece about how 30 Rock is sort of this all-time-great show that will age like milk because so many of its jokes are so topical. I’m really being proven right, although in ways I didn’t initially intend.

Inkoo Kang is TV Critic at The Washington Post. She co-hosts the All About Almodóvar podcast with Daniel Schroeder. Find her on Twitter: @inkookang.