The Apple TV+ series leaps 10 years into the 1980s — and further away from reality as we know it — in its second season.

For fans of For All Mankind creator Ronald D. Moore’s other work — Battlestar Galactica or Outlander, for example — skipping a year or two of story between seasons should not be all that surprising. But when the Apple TV+ series returns this week, 10 years will have passed since astronaut Ed Baldwin, played by Suicide Squad’s Joel Kinnaman, returned to Earth from his extended stay on the Moon. It is a jump Moore said is “baked into the premise” and will continue with each subsequent season. But as Kinnaman told Rotten Tomatoes recently, the jump was still a surprise as so much of the first season was still unresolved.

“Where we left off, Ed and Karen [were] going through the ultimate tragedy that a family can go through,” he said of the place season 1 left him and Shantel VanSanten, who plays Ed’s wife on the series. “As an actor, it’s like that’s the challenge that you’re sort of looking forward to portraying. And then we come in [for season 2], we find Ed at this sort of … he’s almost at peace. He’s almost happy. And you see very little of his anger management issues and he has really mellowed out.” 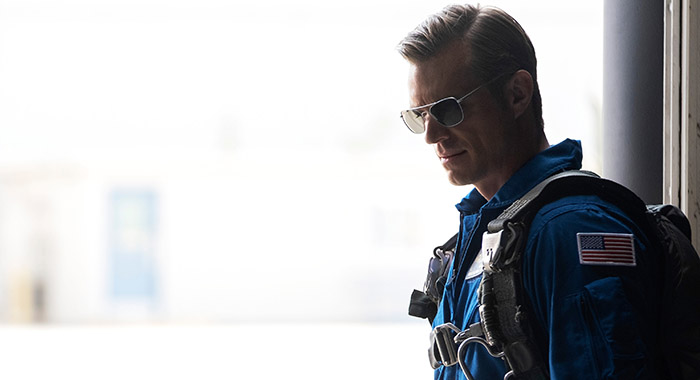 That change in Ed’s character may be more surprising to viewers than any of the other divergences From All Mankind will showcase as it enters a 1980s in which the space race is still on. And when you consider that Edward Kennedy won the 1972 presidential election in the show’s reality, there are plenty of surprising ways world events could unfold.

“I think that’s really where the sophistication of the writing comes in,” Kinnaman continued. “They just found a different way to tell that story. Ten years have passed, so the wounds aren’t going to be on the outside anymore. They’re going to be on the inside. And I love the way that things just come out in ways where you just did not see it coming. You didn’t expect it. I feel like that’s how life is. It doesn’t follow an A, B, C pattern.”

The flow of that life also puts Ed in a new position at NASA which the actor teased may lead him to the “middle” of a crisis between the global superpowers and “some decisions in relation to it at some point.”

And for fans of Ed’s incredible ability to put his foot in his mouth at exactly the wrong time, Kinnaman said, “He’s always going to find a way to say the wrong thing. But I think he says the wrong thing at the right time.” 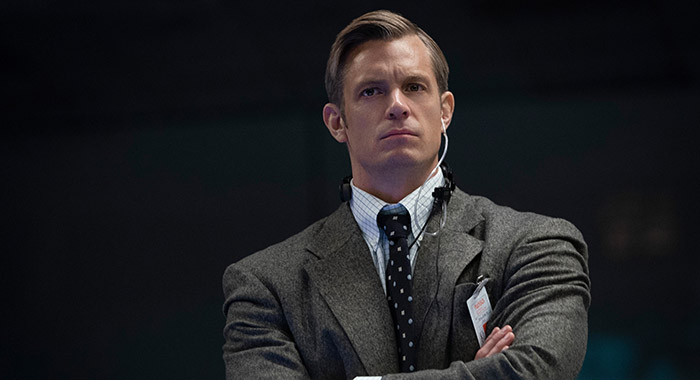 Whether or not this particular instance of Ed saying the wrong thing relates to the potential for a World War III in the show’s reality remains to be seen.

Another surprise: Ed and Karen are still together despite the death of their son Shane (Tait Blum) while Ed was still on the Moon.

“Going through what they went through, that’s something that a majority of relationships and marriages don’t survive from in reality. It’s just one of those things that it’s very hard to stay together after,” Kinnaman said.

Although the characters were able to save their marriage, Kinnaman suggested it may have led to a sacrifice Ed makes in the years between seasons. 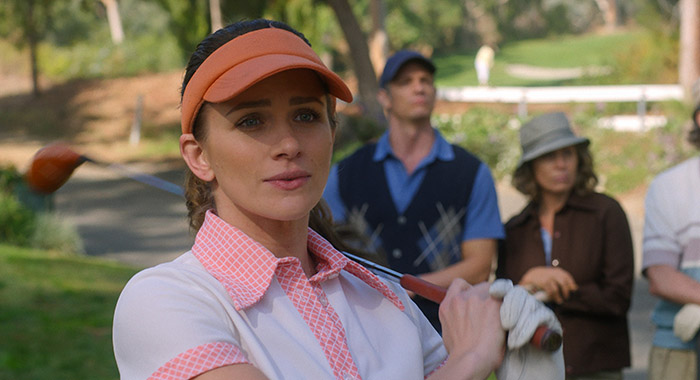 “The pain of going through that and not been able to be there — not be a rock in that situation — that’s something that he just swore to himself that he was never going to do again,” he explained. “In the backstory, I think we find out some of it over the course of the second season, they had some really rough patches in the span of those 10 years that we didn’t see.

“Their relationship is continually tested” in the second season, he added.

Kinnaman credited VanSanten with making those tests of the relationship some of the best — and hardest — work on the show.

“She just seems to have an express route down to those dark, dark emotions,” he explained. “There’s an element of losing control to get to that place [that is] really hard to create on your own. And it’s twice as hard to create if the person that you’re working with doesn’t feel like they’re real, you know? But if you really feel that they’re there, and they’re really going for it, then it makes it a lot easier. So I went to places in a few scenes [with her] in this season where I haven’t been able to do that before.”

While some of the repercussions from Shane’s death will play out within the series proper, some of the years-long gap in story is filled in via an AR experience app available on iOS devices. For All Mankind: Time Capsule tells the story of Danny’s (Casey Johnson) first love via objects in the Stevens’ home and some of the show’s newscast material. Moore and producer Ben McGinnis said it will touch on some of the fallout from that tragic death.

“He was friends with Danny and they had a close relationship,” McGinnis said, teasing that the loss of Shane ties into how Danny met his girlfriend. “Coming into the series, [Shane’s death] is something that will be carried forward with the characters even though it is 10 years later.”

The app also alludes to some of the other divergences between the show’s reality and our own. Although, when we asked Moore if it might lead to a different history for Apple itself — the ill-fated Apple Lisa becoming a generation-defining computer instead of the Macintosh, for example — he laughed.

“These things were discussed, but we’re not going down that road,” Moore replied.

Nevertheless, a certain technological advancement from our reality’s 1990s debuts much earlier in For All Mankind’s timeline. History buffs will likely enjoy the slight change in its name — and perhaps argue at just when this particular advancement really came about in our history — but it speaks to the show’s growing differences from the way our latter 20th century played out. Those differences will eventually push the show into full science fiction territory, something Kinnaman is excited to see become more extreme. 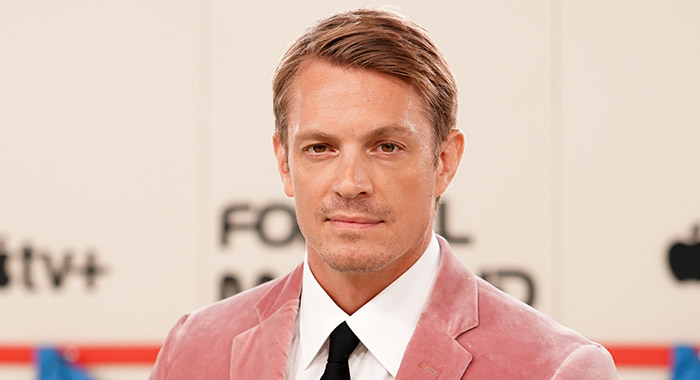 “From the beginning, what made me the most excited about this show is the grand vision; where it goes when we get deeper into the seasons. And now I think when you see the first season, you don’t really know where it’s going. It looks like sort of a cool Mad Men in NASA environment, where we’re in the early ’70s and the divergence is not that big,” he said. “Now we’re starting to see the steps that are going to take this show into real sci-fi territory. But still grounded in tone, but it really becomes … It’s going to some really cool places.”

Of course, if Kinnaman had his way, there is one divergence he would feature on the series: “It has to be where my team, Hammarby — it’s a soccer team from Stockholm — are actually a successful team winning the league at least more than once in 120 years. That would be great.”

Kinnaman next appears in the May revival of HBO’s In Treatment, starring opposite Uzo Aduba, and then reprises his role as DC Comics character Colonel Rick Flag in August film release The Suicide Squad on HBO Max and in theaters.

For All Mankind season 2 is now streaming on Apple TV+.