A renowned stage actor with the Royal National Theatre and Royal Shakespeare Company, multiple award winner (including a Best Supporting Actor Oscar), Jim Broadbent has earned near universal acclaim for his work in theatre, film, and television. Some of his best-known screen credits include Iris, Moulin Rouge, the Bridget Jones franchise, Time Bandits, and, of course, the Harry Potter franchise. In July, we’ll also have the pleasure of seeing him join the Game of Thrones cast, but this week, he stars in The Sense of an Ending, in which he plays a recluse coming to terms with decisions he made as a younger man. It’s a role he says is more similar to himself than most of the others he plays (more on that later).

We had the honor of speaking with Mr. Broadbent about his Five Favorite Films and it was a very close race. In fact, his original “five” included seven titles. And since we know inquiring minds want to know, the two we left off the list are His Girl Friday and The White Ribbon, both of which he loves as much as the others, which you can see in the list below: 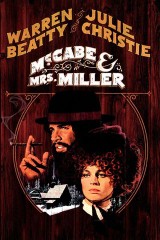 I could’ve chosen any [Robert] Altman film from that golden period. M*A*S*H was just mindblowingly exciting as… I think I was a drama student, probably, at the time, so all those Altman films that came: Nashville, McCabe and Mrs Miller, California Split. I just loved his work, so McCabe and Mrs Miller — that whole world he created I just thought was magnificent, and the Leonard Cohen music and the beauty of the winter up in Alaska or wherever it was. It was great. 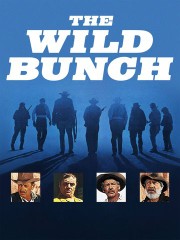 Wild Bunch, yeah. I’ve seen that as many times as I’ve seen any… it was just a great classic western. The wonderful characters — full of great character actors, you know: Warren Oates, Strother Martin, L.Q. Jones, William Holden, Robert Ryan — they’re just terrific. Just from the acting point of view, the whole shape of it was brilliant, and the story. It was violent and sexy and beautiful. And a fantastic narrative — ambitious and big. Impossible to imagine anyone doing it now, really. I’m a child of that, the Bonnie and Clyde to Raging Bull period, you know. Those are the films that heightened my interest in acting and movies and everything. But that’s the sort of classic of that period, I suppose. 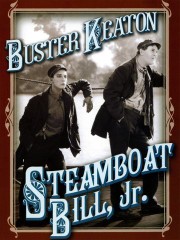 Buster Keaton, Steamboat Bill Jr. — that’s an epic in its own way. Just terrific. Very funny, but the famous hurricane or tornado scene or whatever, where the wall comes down and he stood there, in just one moment — and it comes down, and it’s going to flatten him, but he just happens to be standing where the window was — it’s a perfectly crafted story as well. I think it’s a masterpiece, really. And The General. But I just adore it and adore him. He’s wonderful. 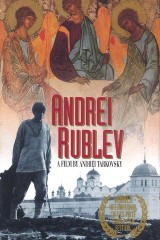 That’s another great sprawling big epic that follows various episodes in the life of Andrei Rublev, who was an icon painter in probably the 15th or 16th century — I’m not sure — and just various episodes in his life. I mean, he hardly features in many of them. He’s just an observer of a lot of this, but it’s magnificent. You really, really get a feel for what it might have been like to live in medieval Russia. It’s much more approachable than some of [Andrei] Tarkovsky‘s work. I absolutely adore it and watch it again and again. 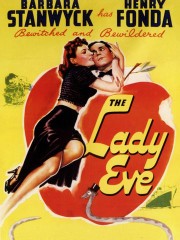 Preston Sturges — Lady Eve, with Henry Fonda and Barbara Stanwyck, and that’s just a brilliant film. I could have had any number of Preston Sturges films. He’s the funniest director I think.

When I was working with Bridget Fonda, we were talking — we were mucking about doing double-takes and she said, “My grandfather did a quadruple take in the Lady Eve.” I thought, “Your grandfather? Oh, your grandfather! Oh, you mean Henry Fonda. Oh, for God’s sake.” So I went back and she’s right. He does a quadruple take.

Kerr Lordygan for Rotten Tomatoes: What do you think will surprise your fans when they see The Sense of an Ending?

Jim Broadbent: Probably because it’s playing a character who’s quite close to me in many ways. He’s not as avuncular and as lovable as some of the characters I’ve played, maybe, but there’s a sort of hard… he’s a complex character. There’s a sort of arrogance and pomposity about him. He’s gentle with his daughter and his ex-wife. He’s not unpleasant, but there is an element… he’s thoughtless and arrogant and a bit pompous as well, but I don’t know how people perceive me. You can’t tell yourself. You’d have to film me.

RT: You’re not lovable in real life — is that what you’re implying? If you’re saying that you’re arrogant and pompous, I don’t think so.

RT: I guess we all are everything, a little bit. So, awesome.