Christina Hart takes an interest in Bryan Mills, a man with a particular set of skills.

TAGGED AS: Action, based on movie, NBC 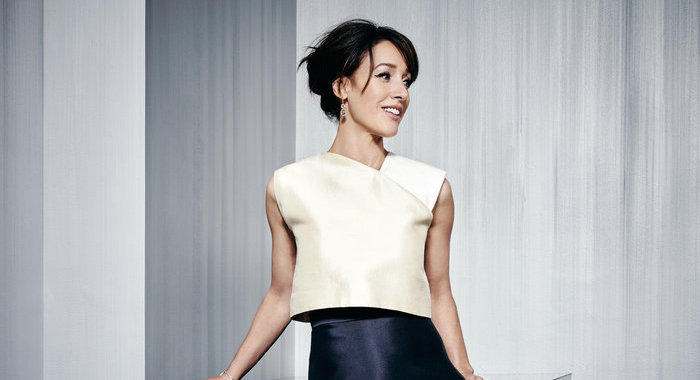 If anyone ever goes missing, Bryan Mills is the one to call. Liam Neeson played Bryan in the three Taken movies. In NBC’s Taken TV series, created by Homeland writer Alex Cary, Clive Standen plays a young Bryan Mills early in his career as a rescuer.

Bryan blips on the radar of National Intelligence when he foils a train hijacking, although it costs him his sister’s life in the crossfire.

Jennifer Beals plays Christina Hart, who recruits Bryan to put his very particular set of skills to use on a national scale.

Beals spoke with Rotten Tomatoes recently ahead of the Taken premiere. Here are 11 things she revealed about her brand new character in the world of Taken. 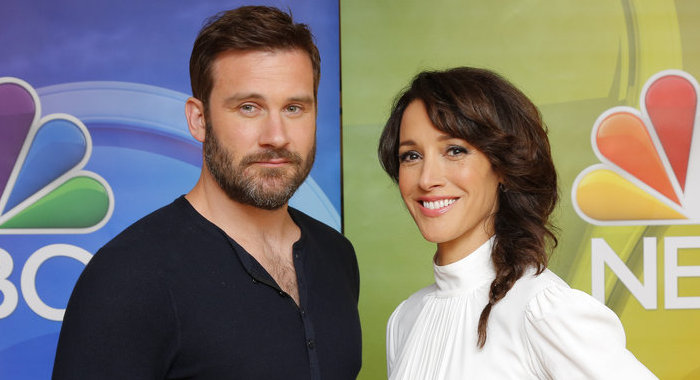 Bryan was a lone wolf in the Taken movies, but he came from a background of elite teamwork. Christina is instrumental in teaching Bryan to work together.

“I think she needs to teach him discipline certainly,” Beals said. “He needs to learn how to work with a team. In the beginning, he’s not a very astute team player, but he learns eventually.”

2. CHRISTINA MUST BE PATIENT WITH BRYAN 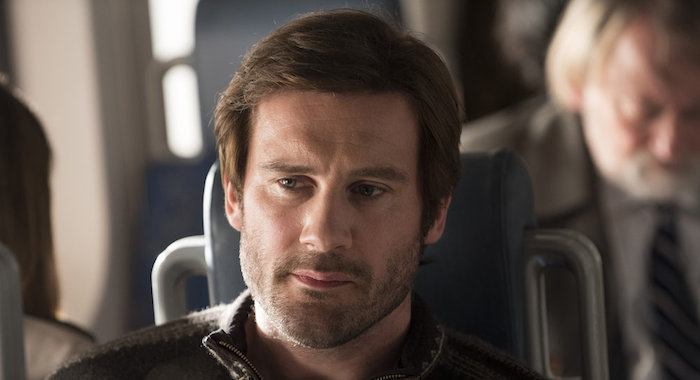 This is not a movie. Taken has an episode to do every week, so it will take more than one mission for Bryan to really learn the lesson.

3. CHRISTINA IS A MYSTERY 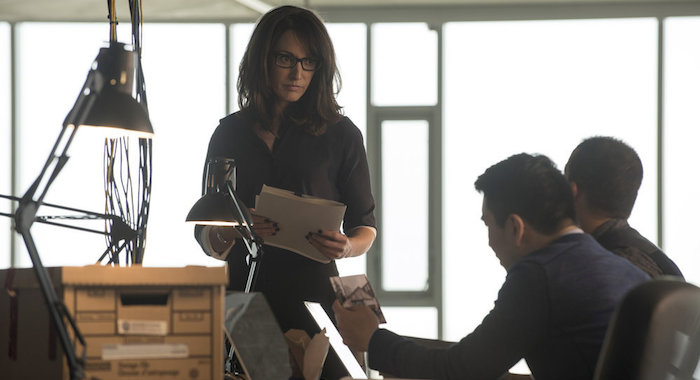 Taken is pulling back the curtain on Bryan Mills’ mysterious past, but behind his curtain there’s Christina’s curtain. Beals has inferred a little bit on her own.

“We don’t get a lot of her backstory yet,” Beals said. “I have no doubt that she thinks she’s the smartest person in the room nine times out of 10. Every now and again she’ll meet that person who she wants to learn from or study with, I guess. She’s got some issues in that regard.”

4. CHRISTINA IS MISSING OUT ON A FAMILY 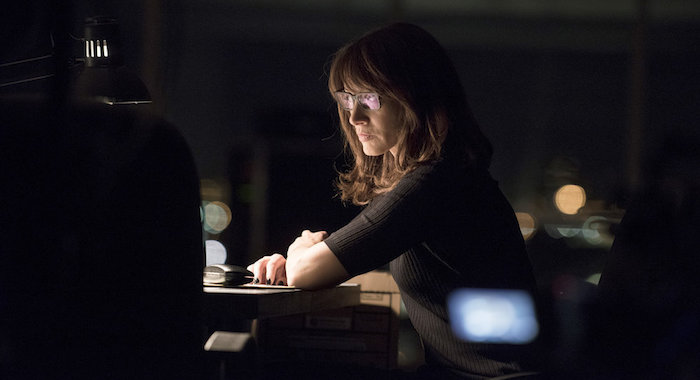 The whole point of the Taken movies was that Bryan screwed up his family, but he was the one they needed in a crisis. Beals suspects Christina may have sacrificed her personal life for the agency. Of course, the needs of a weekly show probably mean retirement is not in her future.

“I think this is somebody who has taken this job at great personal sacrifice and is beginning to long for a life outside the agency,” Beals said. “We’ll see what happens. I don’t know that she could ever really leave, but maybe she can create something else for herself and try to create a life that could be in tandem with her chosen profession.” 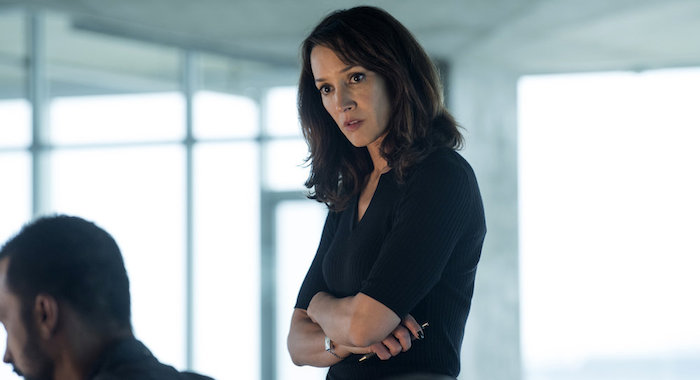 When Beals appears in the premiere of Taken, she’s a confident, tough-as-nails boss. It may be surprising to see her become vulnerable in only the second episode. It certainly surprised Beals when Christina’s relationship with a former agent proved to be so emotional.

“That’s a very vulnerable episode,” Beals said. “It was interesting because it wasn’t how I had imagined her originally. When Alex started talking to me about the relationship that I had with this other agent, I thought it was interesting to reveal you may have tried to harden yourself to get through the day knowing all the things that you know about security. When you lose someone or when someone is taken from you, it’s still painful. It doesn’t mean that you’ve lost your heart. It’s still there somewhere.” 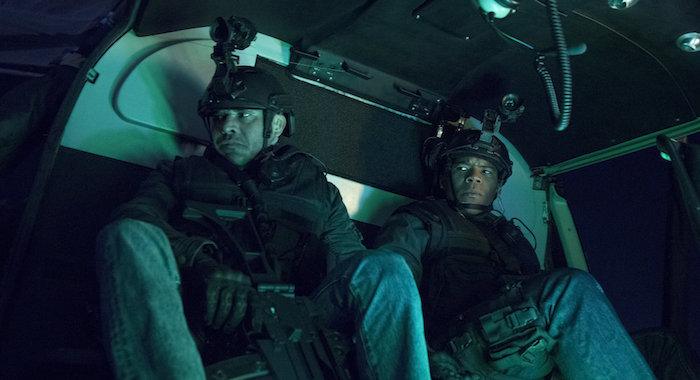 Tune in for Bryan Mills. Stay for the rest of the team, including John (Gaius Charles), Scott (Michael Irby), Vlasik (Monique Gabriela Curnen), and Riley (Jennifer Marsala). Christina knows how to get the best out of her agents and use them strategically together.

“We have our black ops team who does the action, which is a group of predominantly men, but I have one gal on the team who is a total badass,” Beals said. “Then we have our team at the office who is coordinating everything electronically.”

7. CHRISTINA IS THE LEADER 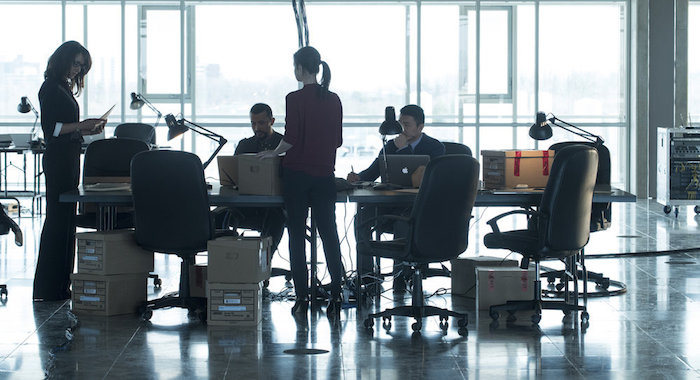 Christina also embodies good leadership. She doesn’t tell her team members what to do. She allows them to contribute their unique skills.

“It doesn’t feel powerful in that I’m the authority,” Beals said. “It feels powerful in that I’m trying to empower other people to be the very best they can be — that’s when I know I’m doing a good job as a leader. You kind of stay out of the way a little bit at times, to let them have the conversation, to let them see if they can figure out what the strategy is without me dictating.”

8. IT’S TRUE THAT INTELLIGENCE AGENTS ARE HARD TO MANAGE 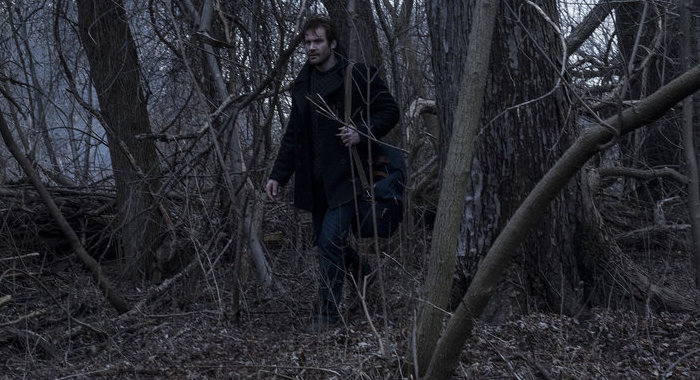 Taken is not a documentary on intelligence work. It’s action-packed entertainment, but there is a basis in truth. Because of the nature of intelligence work, many of the recruits have to be specially trained to follow the rules.

“What I was surprised by when I was reading some of the material — and what I didn’t think about was — people who come to the intelligence community often have an issue with authority,” Beals said. “So in combination with the fact that they are naturally secretive, to organize the agency is very hard. How do you get people to come forward with what they know and trust you as an authority figure to organize the agency? It becomes quite a difficult task.” 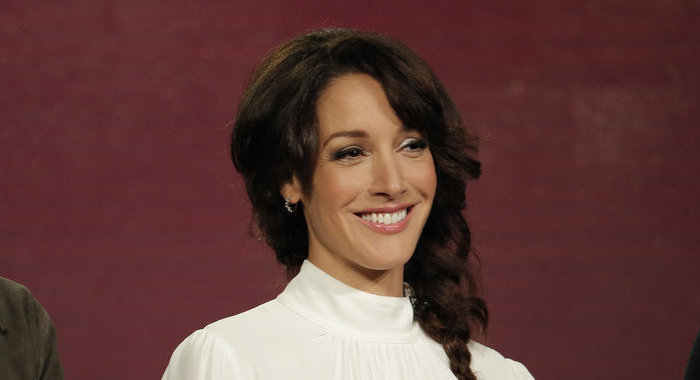 Part of Beals’ research included learning the technical jargon of intelligence work. She really had to cram because she was cast less than a week before filming.

“Yes, there’s a lot of technical jargon,” Beals said. “You’re really having to learn the lexicon of that world.

“I was cast at the last second, and I was given a small truckload of reading to do by Alex Graves who directed our pilot, who’s a friend. He directed the pilot on Proof, a show that I did for TNT. He and I are friends, and I trust him completely, and I said, ‘OK, I’ve got to go shoot in five days. I know that you have a reading list that you refer to. Tell me, what do you want me to read right now?’”

10. CHRISTINA CAN THROW DOWN TOO 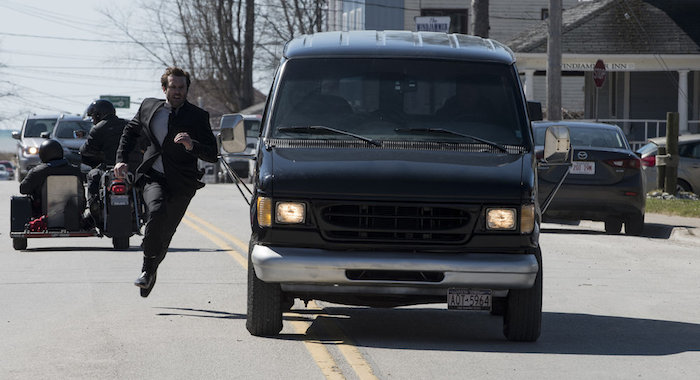 Christina’s day-to-day duties are to manage the team. They can be the ones fighting bad guys in close quarters and shooting guns. When Christina does spring into action, nobody better mess with her.

“I was in a stunt where a car flips upside down, and I’m supposed to get out of the car and pull my fellow actor out of a burning car,” Beals said. “The car was only supposed to be burning on the top, and I asked if there was going to be anything inside the car. They said, ‘No, there won’t be any flames or anything inside the car.’ When I went to go pull this person out of the car, the interior of the car burst into flames. That was completely unexpected, and we just rolled with it, and I pulled the person out of the car as quickly as I possibly could.” 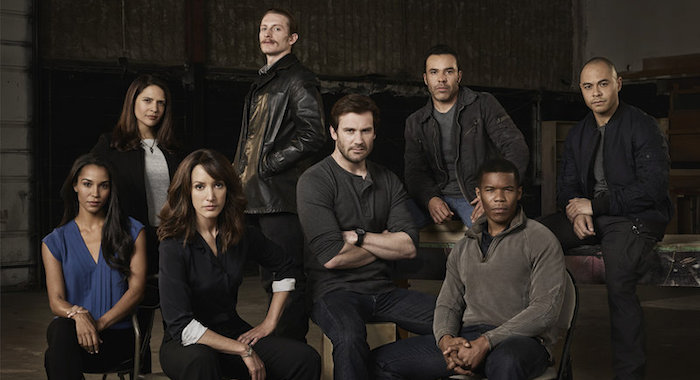 Even more impressive than the car stunt, Beals actually helped save a life for real. Because she’s played doctors on shows like Proof and The Night Shift, she knew what to do when she drove by an automobile accident. She said the driver did not know she was the Jennifer Beals of movies and television.

“When we were shooting Taken, I was on the freeway, and I came across a truck that had flipped over. I was the third person at the scene of the accident. The driver had crawled out of the truck, and his head was bleeding, and he was obviously disoriented. I ran out of my car with a bottle of water. I applied pressure to the wound, and I got on the phone and got the medics there, but in the meantime was sitting there picking glass out of the wound. These guys came and had an emergency medical kit in their car. He was OK. He was fine. I gave him some water and cleaned up his wound a bit, then the paramedics did all the real work afterwards.”